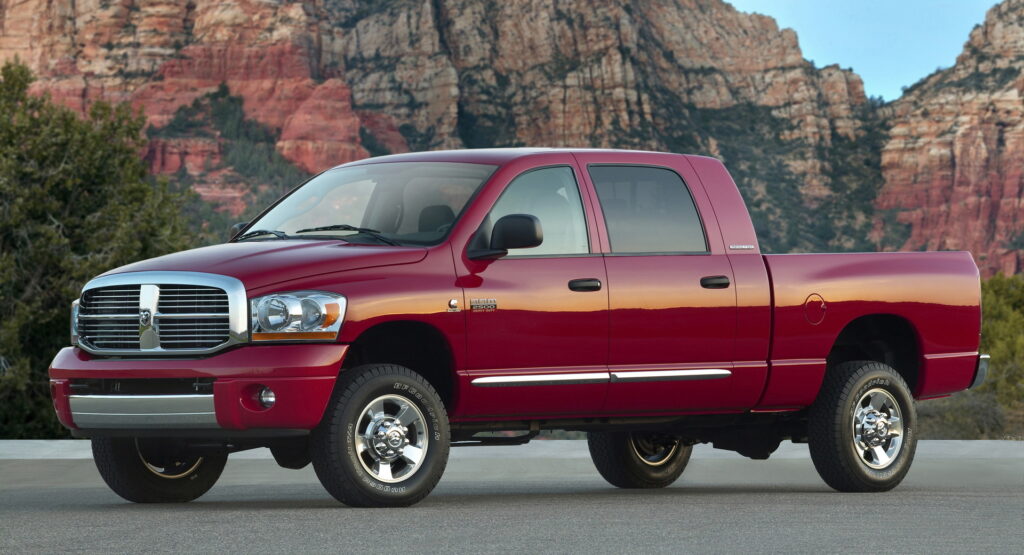 We’ve told you about laws and lawsuits regarding the removal of emission control systems in the past. We’ve even talked about this specific truck but never did we imagine that at the end of this saga the result would be a perfectly functional truck being crushed after the owner initially intended on selling it.

Months ago, Mike Sebold put his 2008 Dodge Ram 2500 up for sale on Facebook Marketplace. Included in his post was the information that the truck had been “deleted”, a common reference to the fact that emission control devices like the diesel particulate filter and the EGR valve have been removed. Typically, such modification increases horsepower and torque along with environmentally unfriendly emissions.

Not long after posting the truck, Sebold received a letter from New Jersey’s Department of Environmental Protection (DEP) stating that his truck had been flagged and that he would need to return it to a state that’s in compliance with New Jersey law or scrap it altogether. Despite going back and forth for months, it looks like it would go to the crusher on September 16 according to a new report in The Drive.

According to Sebold, he willingly handed in the license plates from the truck to the state and committed to using it off-road only. Evidently, that wasn’t good enough as he now says that he has a deadline of September 25 to make the truck compliant or destroy it. He’s chosen the latter.

According to a public information officer at the DEP, “Mr. Sebold has informed the Department that he intends to bring his truck to a scrap yard on Sept. 16 and have it destroyed, although the Department has explained to Mr. Sebold on multiple occasions that the Department would extend the 60-day deadline cited in compliance requirements to give him time to make the necessary repairs to the truck and return it to full New Jersey emissions compliance… Mr. Sebold has made the decision to scrap his truck, despite DEP offering him other options.”

That’s quite the letdown from what Sebold presents as an honest attempt to comply (without returning the vehicle to stock) after initially buying the truck with the illegal modifications already completed. Thankfully, Sebold seems to have found a silver lining as he’s seemingly parted out the truck almost completely.