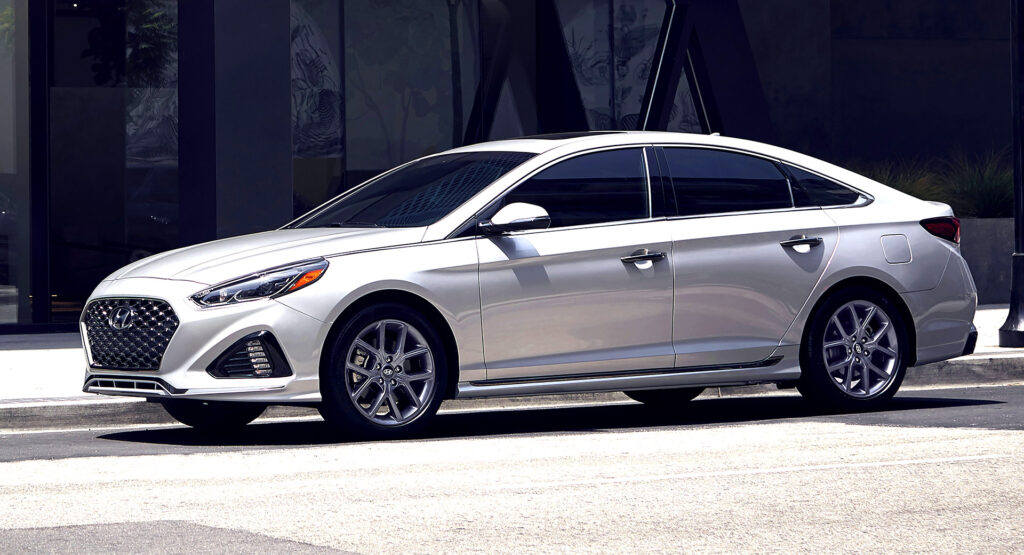 Normally when a person steals a car they’re the ones who get the lions-share of the blame for the crime itself. For Hyundai and Kia though, that’s no longer the case as state officials, customers, and lawyers are calling on the corporate partners to act.

The move follows a wave of vehicle thefts relating to each brand spurred by viral social media challenges, usually featuring the hashtag ‘Kia Boys’, on TikTok, YouTube and other platforms. The cars are typically used for a quick joyride or to commit other crimes. And while social media companies state that they remove such material as they violate their policies, the trend is spreading across the States.

The vehicles being targeted are mainly certain 2010-2021 Kia and Hyundai models equipped with a traditional mechanical key that lack an immobilizer system, not a key-fob and push-start button. The two Korean companies say that all vehicles built after 2022 are fitted with the system.

The first hint that there might be a problem for Hyundai and Kia came back in December last year. That’s when we reported that both brands had begun to work with law enforcement in Milwaukee to provide free steering wheel locks to prevent theft of vehicles without immobilizers.

Then, in July, we told you about how Minnesota PD had reported a jump in Kia thefts of more than 1,300 percent over the previous year. Grand Rapids, St. Louis, Memphis, Cincinnati, and Columbus all also reported spikes in thefts of Kia and Hyundai vehicles at that time. Milwaukee went as far as to say that the Korean automakers were “directly responsible” for the increase in thefts.

Read More: Thefts Of Hyundai And Kia Models Are Soaring Throughout The U.S.

KIA & Hyundai Theft Alert!#stpete pd is seeing an unusual trend.Since July 11th, 23 out of 56 stolen cars have been Kia/Hyundais models 2021 and older,that use keys to start.
Anyone with a KIA/Hyundai that uses a key, **please** #lockitup pic.twitter.com/l2ZwVHP7cd

By August, St. Petersburg, FL police had also reported a spike and even went as far as to post on its Twitter account about the issue. Now, The Wall Street Journal is reporting that the wave of thefts has led to multiple lawsuits alleging that these vehicles are simply too easy to steal. For its part, Hyundai says that it’s going to offer a security upgrade for purchase at its dealers starting in October.

Ken McClain, the lead attorney on 13 lawsuits against Kia and Hyundai, spoke to CBS Chicago, where at least one federal lawsuit has been filed against the Korean brands, saying “Kia and Hyundai have known for a long time that their failure to include an immobilizer put their cars at a disadvantage.”

In a statement to the WSJ, Kia says that “While no car can be made theft-proof, criminals are seeking vehicles solely equipped with a steel key and ‘turn-to-start’ ignition system.”

“The majority of Kia vehicles in the United States are equipped with a key fob and ‘push-button-to-start’ system, making them more difficult to steal,” the statement continued.

The two Korean automakers told CNBC that they’re trying to address the problem by distributing steering wheel locks, with Hyundai adding that it will begin selling a ‘security kit’ in October.

CarScoops has reached out to both Hyundai and Kia seeking comment on the matter. If you own a vehicle that might be considered easy to steal you could always install a secret kill switch to almost completely eliminate the threat.