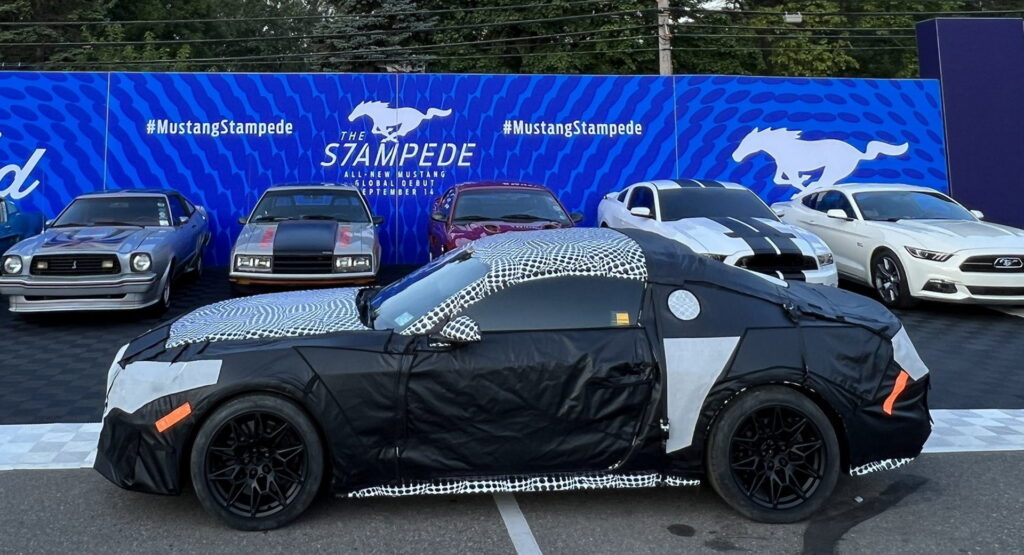 Participants in this weekend’s Woodward Dream Cruise were treated to a special Detroit surprise, as Ford brought a camouflaged edition of its 2024 next-generation Mustang to the show.

In photos posted to social media by Mike Levine, the product communications director for Ford North America, the new car can be seen posing in front of six other Mustangs, chosen to represent previous generations of the legendary model.

Although there is an undeniable appeal to seeing a test car on public roads, Ford didn’t reveal much with the next-gen Mustang‘s first public appearance, draping it in the same camouflage we’ve seen before. 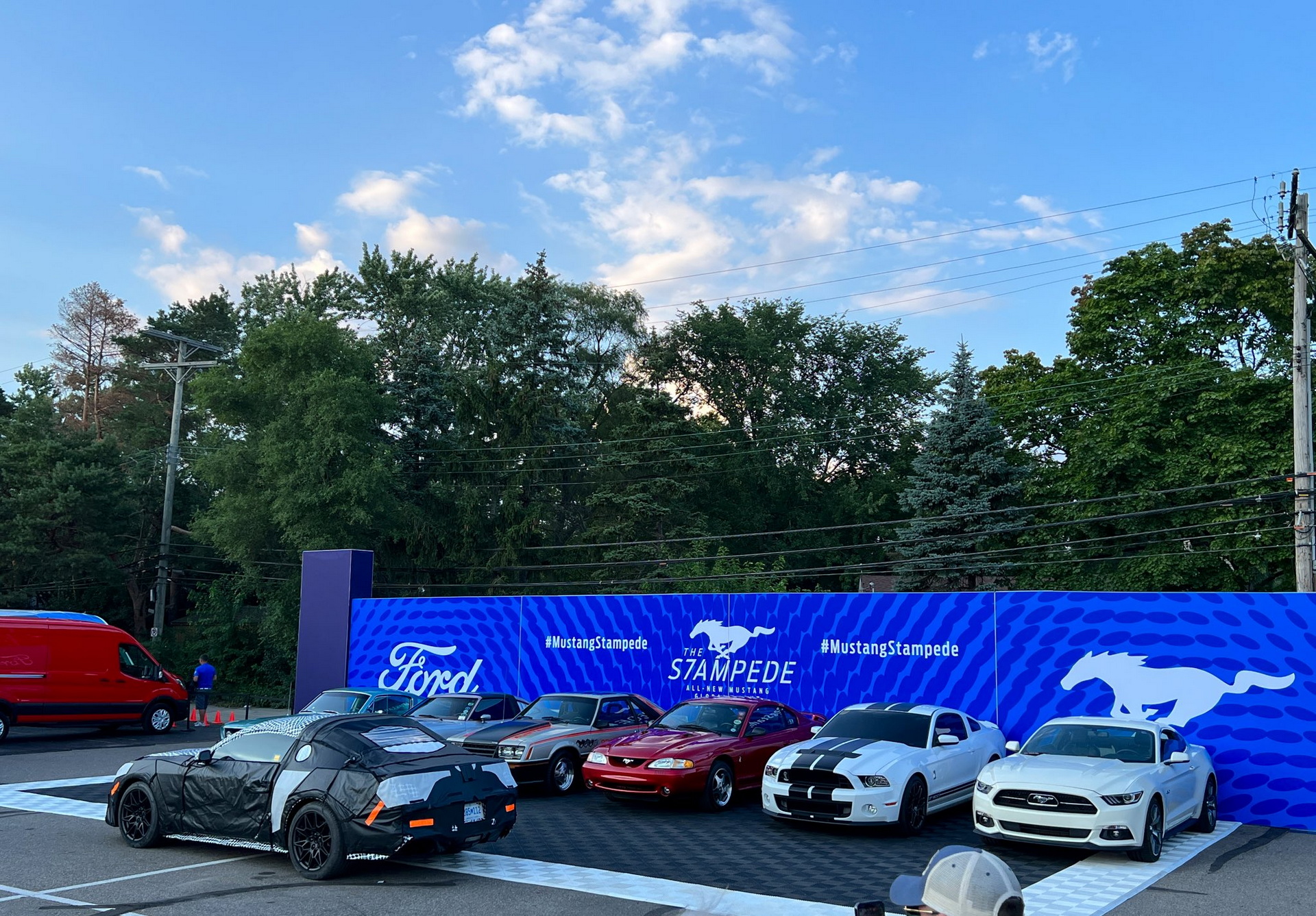 Although this test car revealed little, we can turn to previous scoops and leaks for more information. Based on that, the exterior of the S650 Mustang, as it’s being code named, won’t be a massive departure from the current model.

Leaked photos of the front of the new model show a model with straighter design lines and narrower headlights with three-element DRLs. The overall effect, though, from the grille to the placement of the lights and the racing pony, are all rather familiar. 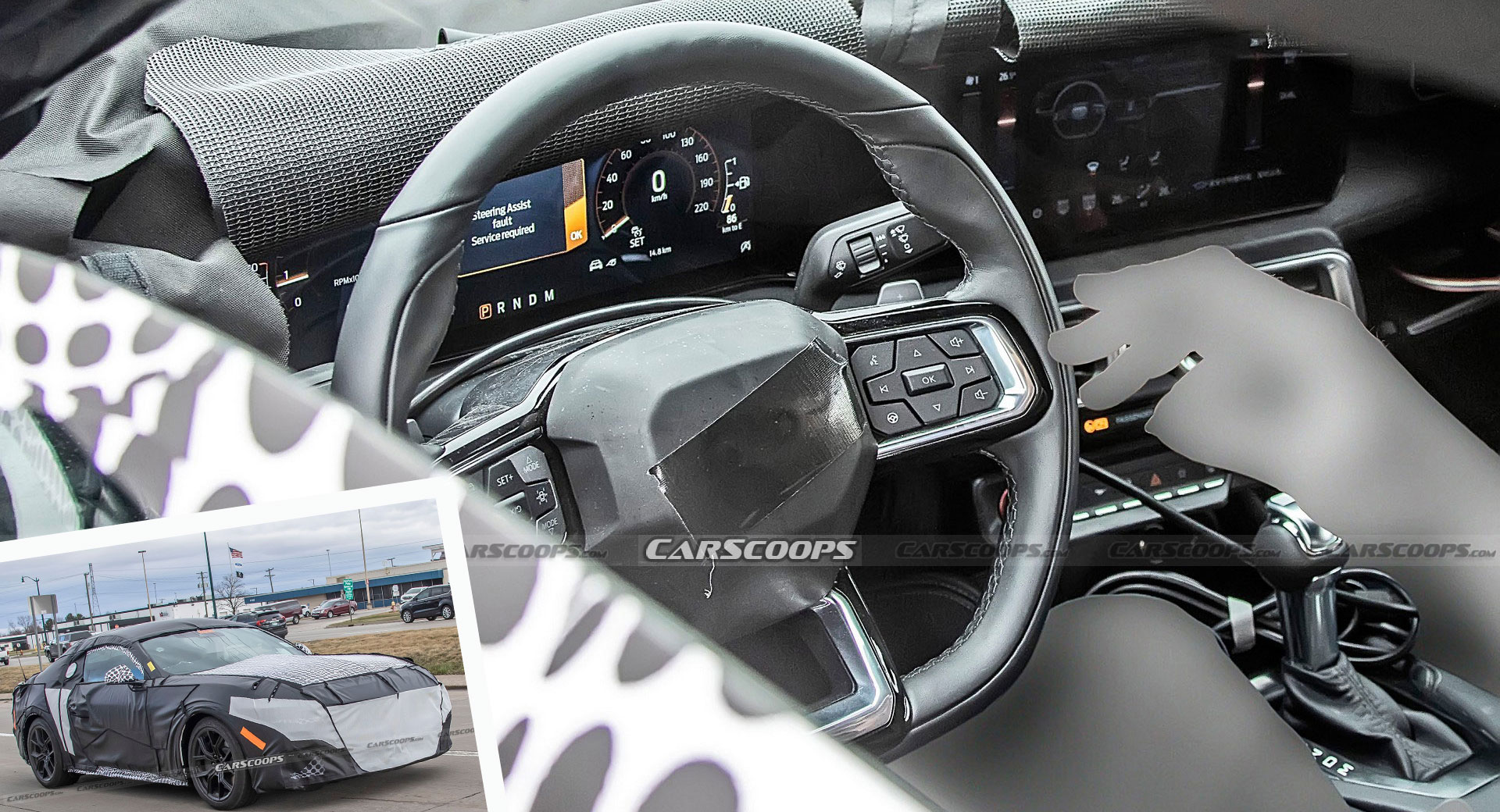 Inside, meanwhile, spy photos have revealed that the new model will get a digital instrument cluster with a circular speedometer and tachometer. An all-new infotainment system flows from there across a flat dashboard above air vents and a row of physical buttons for things like the volume, the hazards, and the push-button start. Again, though the interior will be rearranged and new for the S650, there will still be many familiar elements. The gear lever, for instance, won’t be a surprise to anyone who has driven an S550 Mustang.

We still don’t know what will power the next-generation of Mustang, but it seems that hybrid and V8 options will be available. Although it has been light on specifics, the automaker previously said that the “Mustang Hybrid will be all about delivering V8-like performance with more low-end torque.”

We’ll find out precisely what that means on September 14, when the upcoming model is revealed to the world as part of the Detroit Auto Show. And this won’t be the last time the car is seen on Woodward Avenue, as the reveal will happen at an event dubbed “The Stampede,” which is set to take place on the famed Detroit street.