2016 Formula 1 World Champion Nico Rosberg recently took delivery of the very first Rimac Nevera and has now taken it out on the road.

The Rimac Nevera is the first in a new breed of all-electric hypercars and is driven by a 120 kWh battery pack that powers four electric motors, one behind each wheel. It produces a combined 1,887 hp and 1,740 lb-ft (2,360 Nm) of torque and is able to hit 60 mph (96 km/h) in just 1.85 seconds while storming down the quarter-mile in 8.5 seconds, making it the quickest production car on earth.

For his first drive with the EV, Rosberg headed out with chief executive Mate Rimac in the passenger seat and didn’t just explore the car’s straight-line capabilities, but also headed to some mountain roads to see how it handles. 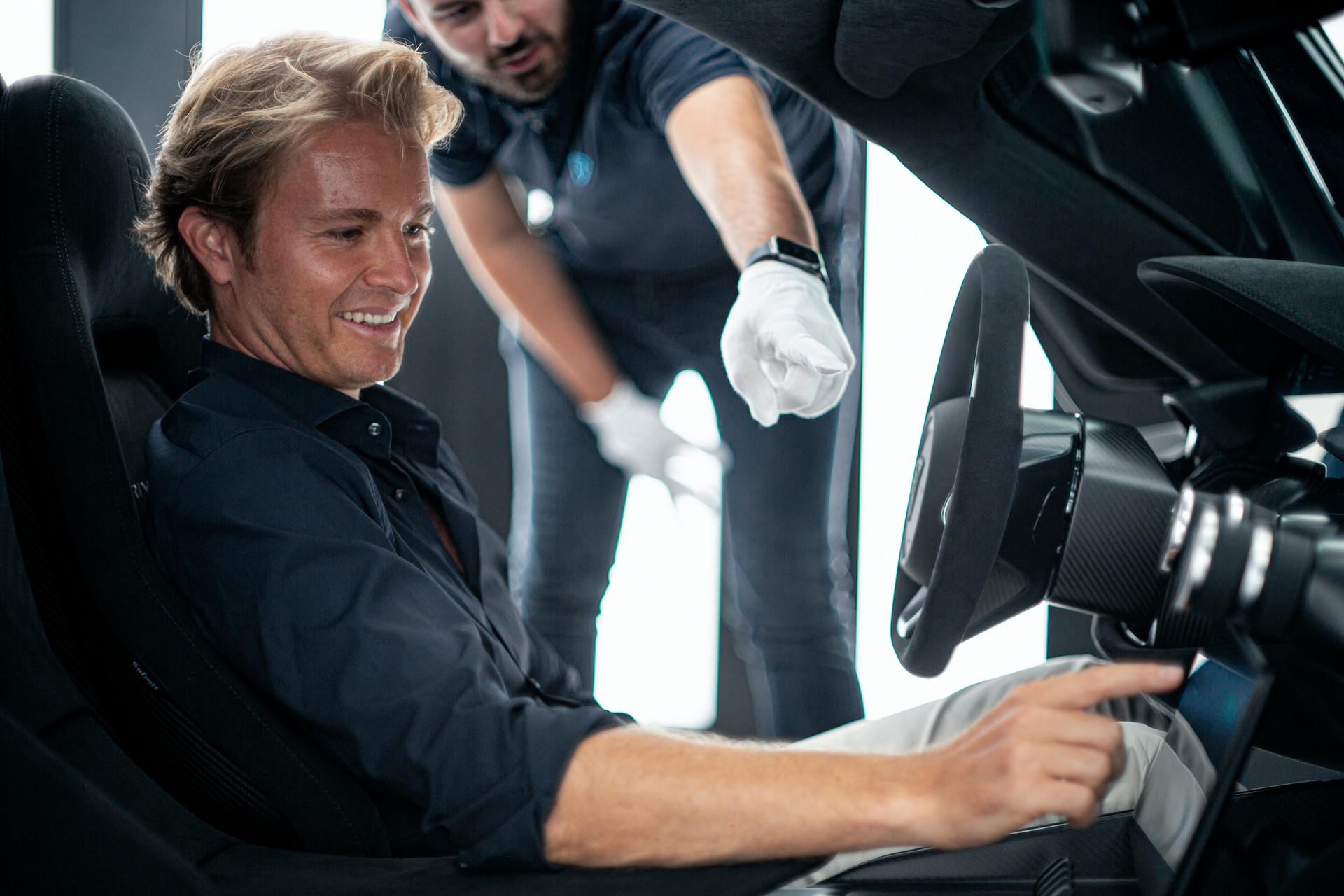 Tipping the scales at 2,150 kg (4,740 lbs), the Rimac Nevera is very heavy for a hypercar but through the corners, it certainly doesn’t seem like a car that weighs 226 kg (500 lbs) more than a Bugatti Chiron. Rosberg is blown away by how much grip it  has, noting that he couldn’t once get the Michelin tires to start screeching, no matter how hard he threw it around the corners.

Mate Rimac also explains an interesting braking feature of the Nevera that we didn’t know about. He tells Rosberg that when the car is being driven in Track mode, the advanced systems continuously monitor the temperature of the brake regeneration system and the mechanical brakes. If it detects that the battery is getting too hot, it will reduce the regen and rely more heavily on the physical brakes. If the brake discs and calipers are too hot, the Nevera will start to use more regenerative braking.

Rimac plans to build around 50 units of the Nevera annually for the next three years for a limited total of 150 cars, each priced from around $2.5 million.