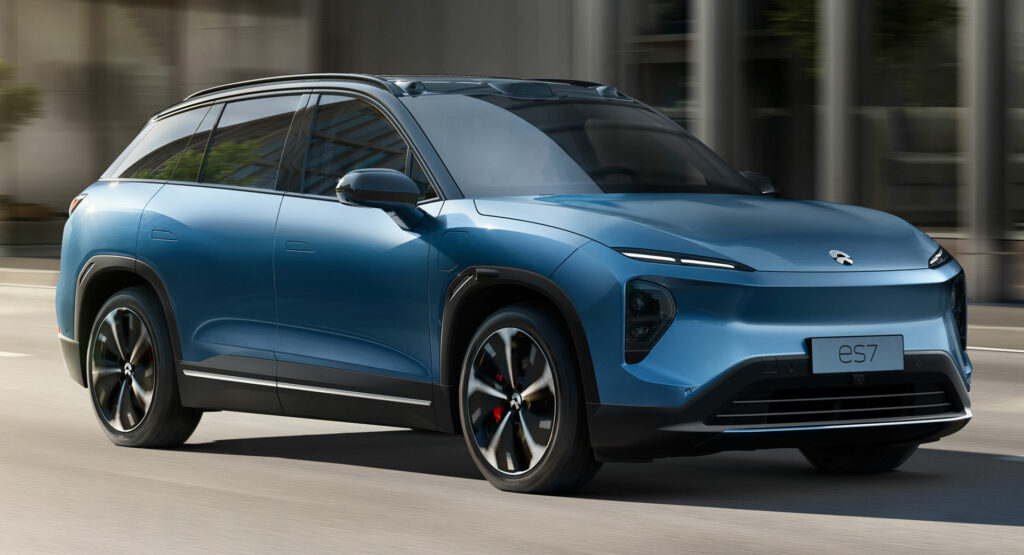 NIO’s electric vehicle push continues as the company has unveiled the new ES7.

Designed to slot between the ES6 and ES8, the brand’s latest electric crossover is their fastest to date as well as their first to sport the “Design for AD” philosophy.

Speaking of the latter, the mid-size crossover has an expressive shark nose front fascia that is adorned with “double-dash” LED daytime running lights. Further below, there’s prominent headlights and a sizable intake. 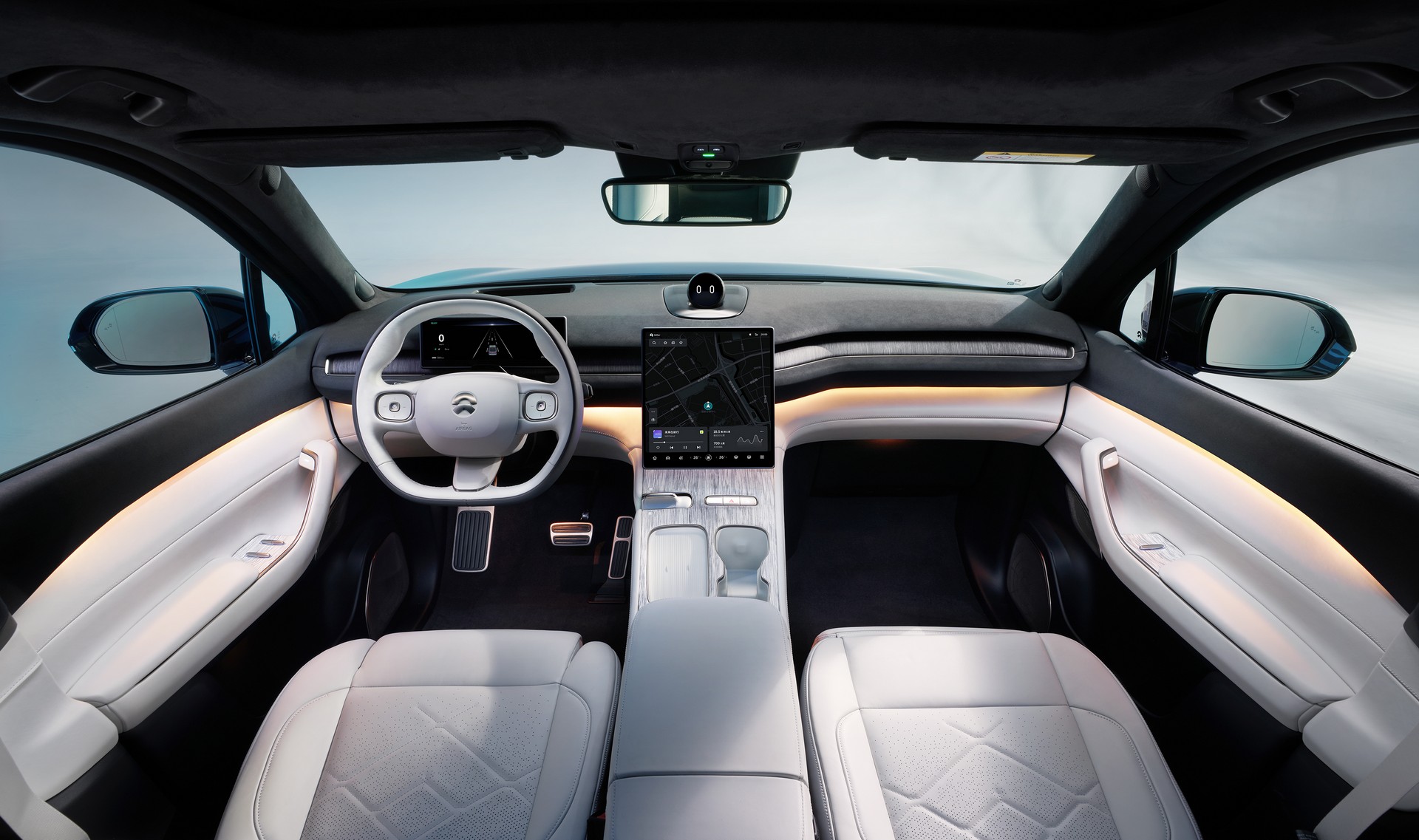 The interior is billed as a “second living room” and the company isn’t kidding about that as the ES7 has an interesting PanoCinema system. It uses specially developed augmented reality glasses to project a 201-inch ‘screen’ at a distance of 19.7 feet (6 meters).

Elsewhere, there’s a digital instrument cluster, a 12.8-inch AMOLED infotainment system, and a head-up display. The model also has a personal assistant, known as NOMI, which resides on the dash and features digital eyes.

Other notable highlights include a floating center console, karuun rattan wood trim, a Dolby Atmos surround sound system, and a 256-color ambient lighting system. Customers can also opt for “coffee shell tanned Nappa leather,” which is free from traditional chemicals while also sporting a unique “herbal scent.” On the topic of seats, there’s heating, ventilation, and massage up front as well as heated rear seats with a power-adjustable backrest that tilts between 23° and 31°.

A Dual-Motor Powertrain With 644 HP 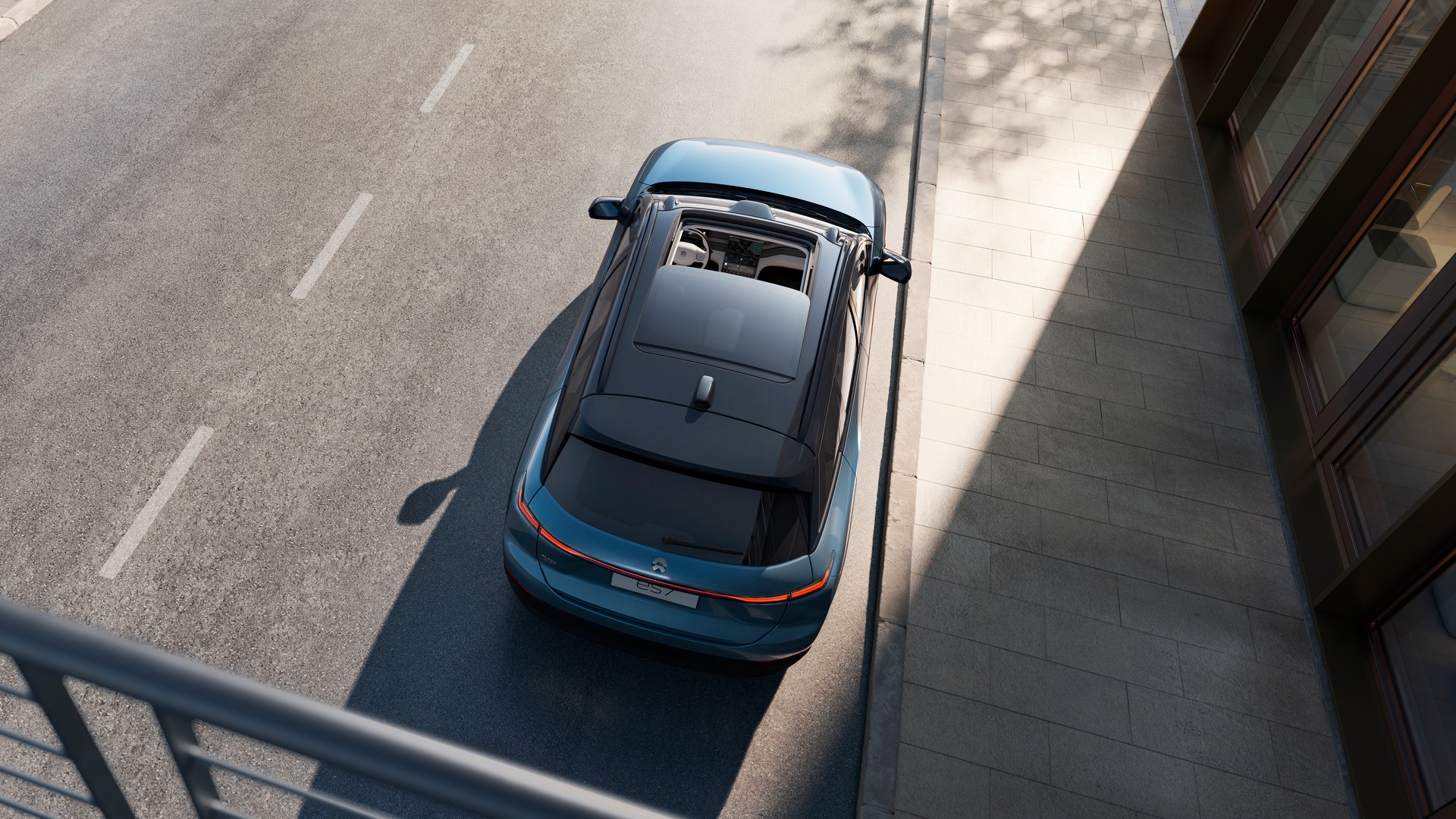 Furthermore, customers will have a choice between three different battery packs. The entry-level 75 kWh unit will deliver 301 miles (485 km) of range, while the 100 kWh Long Range Battery increases the distance to 385 miles (620 km). If that isn’t far enough, the aptly named 150 kWh Ultra-Long Range Battery provides 528 miles (850 km) of stamina.

Besides the impressive powertrain, the ES7 come standard with an air suspension and four-piston Brembo front calipers. The model also boasts adaptive dampers, a 50:50 weight distribution, and up to ten different drive modes. 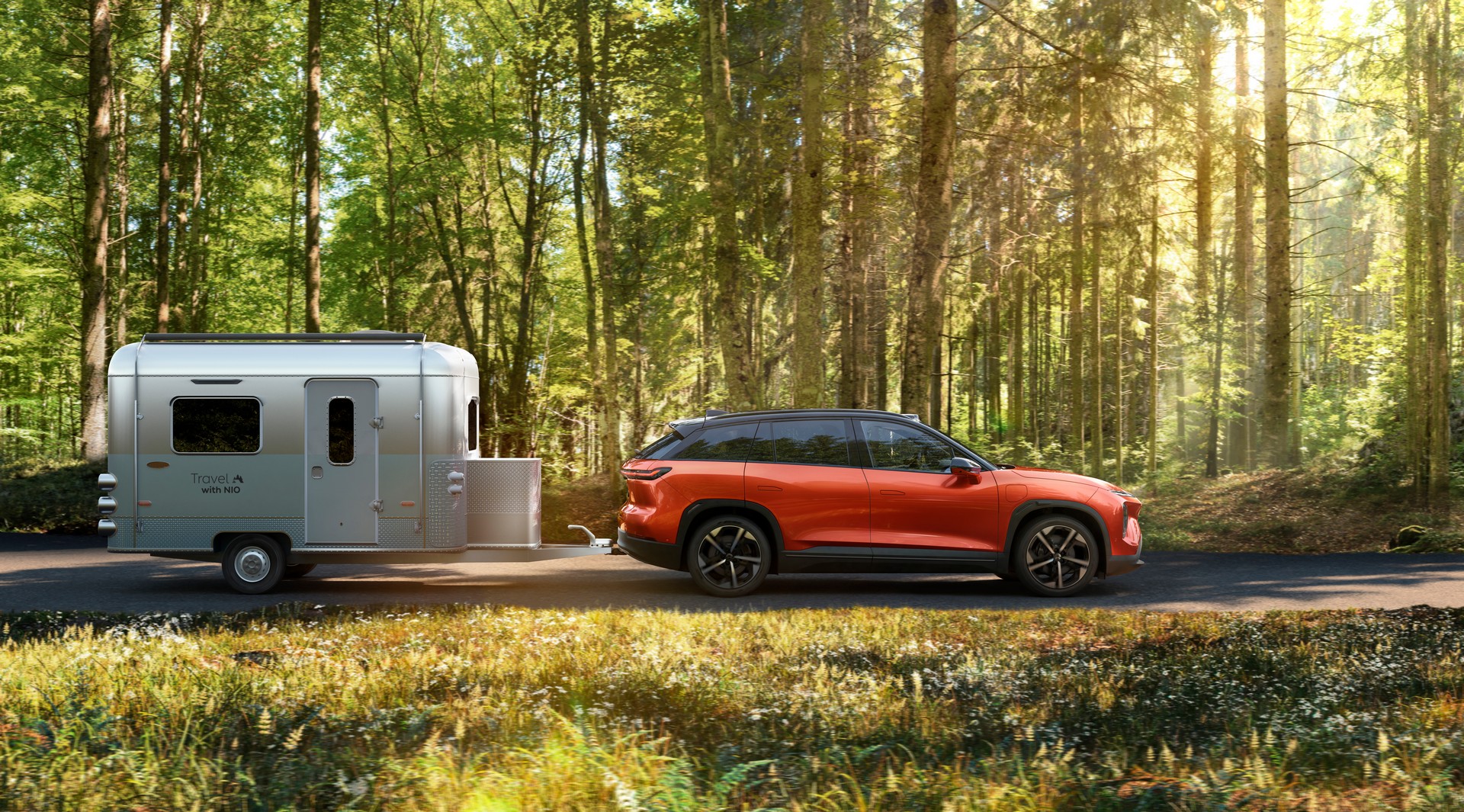 The ES7 promises to be an ideal camping partner as it can tow 4,409 lbs (2,000 kg) and provide up to 3.3 kW of power for accessories such as a coffee machine, a portable speaker, or a small refrigerator. The model also comes with a Camping Mode, which keeps the climate control system operating so you can enjoy a comfortable night’s sleep in your car.