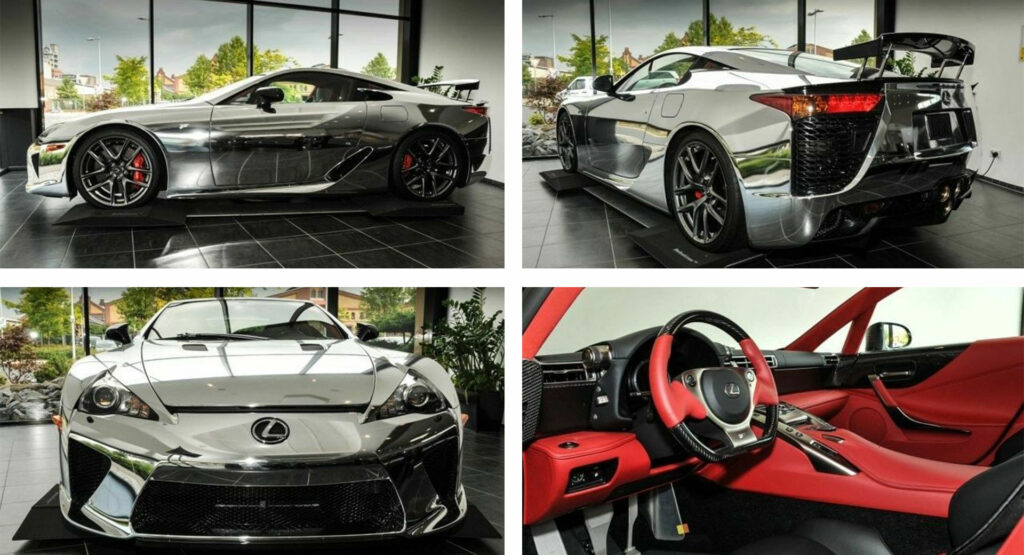 While the Lexus LFA has long been praised for its scintillating engine and performance, it was not a sales success for the brand. Indeed, it took years for all 500 examples to be sold and this particular example, currently up for sale in Germany, shows how difficult it continues to be for dealers to sell the Japanese supercar.

Read Also: The Classiest Lexus LFA Nurburgring Edition Can Be Yours For $1.1 Million 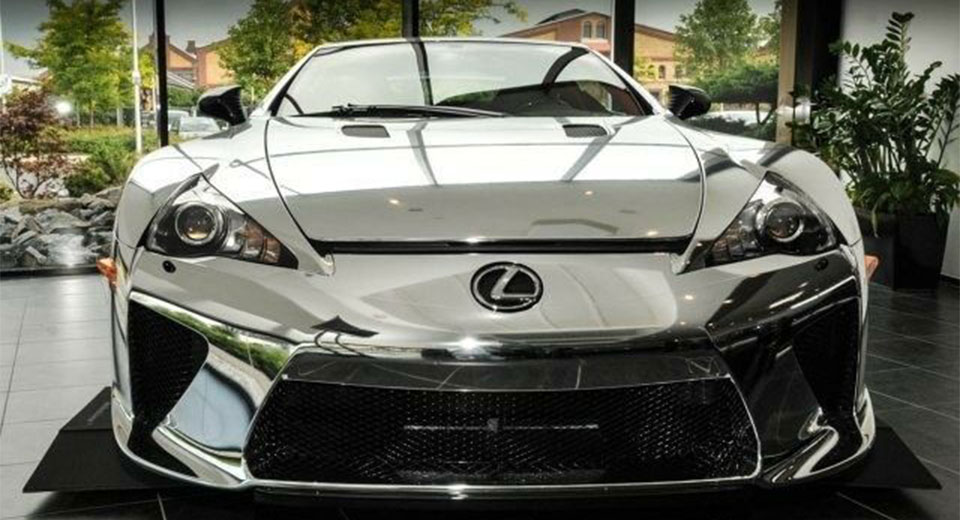 Certainly the most striking aspect of this LFA is the chrome finish. However, it’s not painted on and is simply a wrap, meaning it could be easily removed by the new owner. The cabin is just as striking as the exterior thanks to a combination of bright red leather, aluminum accents, and black leather surfaces.

Then we come to the engine. The LFA’s high-revving, naturally aspirated 4.8-liter V10 was co-developed with Yamaha and is widely recognized as one of the finest engines ever fitted to a production car. It produces a howl that is virtually unmatched in the automotive industry and gives the Japanese supercar a significant point of differentiation between it and all of its rivals.

We suspect the asking price is a key factor as to why the car hasn’t sold. Prices of used LFAs have been on the rise over the past couple of years but low-mileage examples aren’t selling for more than $1 million, other than the limited-run Nurburgring variant. Indeed, a white LFA driven just 177 miles topped out at $781,800 during an online auction in August last year.