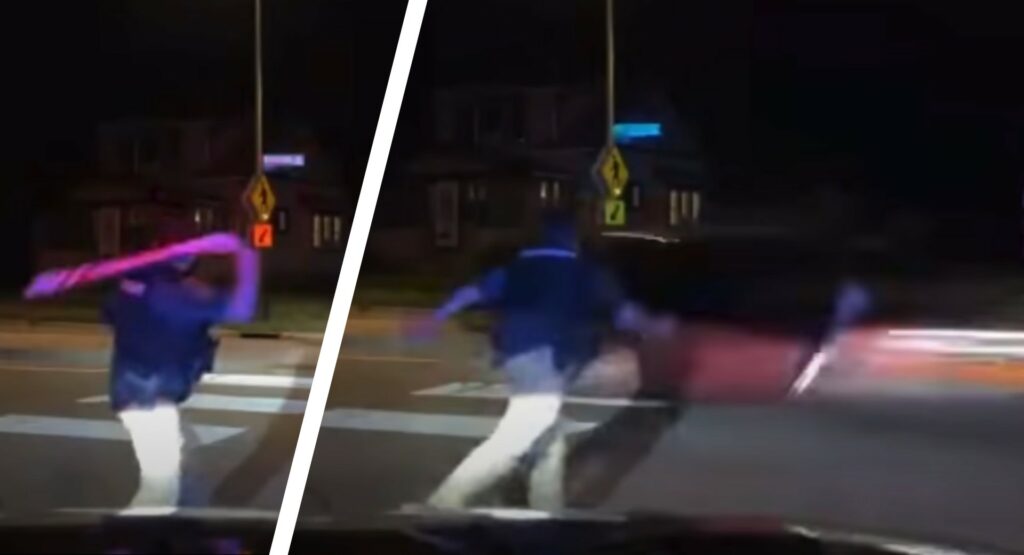 A 16-year-old teen driver was arrested following a high-speed collision in Minnesota caused by a stolen Dodge Charger. The car was doing over 140 mph (225 km/h) according to the officer who unsuccessfully tried to stop it by throwing a stop stick prior to the crash.

The incident happened on Friday evening in St. Paul, Minnesota. It all started when a deputy officer from Ramsey County Sheriff’s Department spotted a red Dodge Charger without any plates on, which turned out to be stolen. As reported by CBS News, the teenage driver tried to flee the scene speeding at 120 mph (193 mph) on Maryland Avenue.

The full video uploaded on YouTube by MN Safety shows footage from the dashcam of a second police car that tried to stop the speeding Charger without initiating a police chase. One officer can be seen throwing a stop stick at the Dodge Charger which flew by at 140 mph (225 km/h). After the incident, the officer said: “I’ve gotta tell you, I’ve seen plenty of fast cars folks and I’ve never seen a car moving that fast… that car was doing over 140 mph (225 km/h)”.

Stop sticks have a deployment cord that normally should be thrown on the road before the speeding car approaches but the officer in this case didn’t have enough time to complete the process. Following the unsuccessful attempt to stop the stolen vehicle the police car follows its path, at normal speeds so it does not prompt the suspect to continue speeding.

Moments later the officers come across a crash caused by the stolen vehicle involving two other cars. The speeding Charger crashed into the back of a car launching it into a front yard. It then spun and came to a full stop following a second collision with another car that was driving on the other side of the road. Despite the severity of the crash, fortunately there are no reported deaths, only injuries. The 16-year-old suspect was found unconscious on the driver’s seat of the Dodge, before paramedics arrived on the scene and took him to the hospital. According to the police he was carrying a “very real-looking replica gun” and had a previous criminal history. 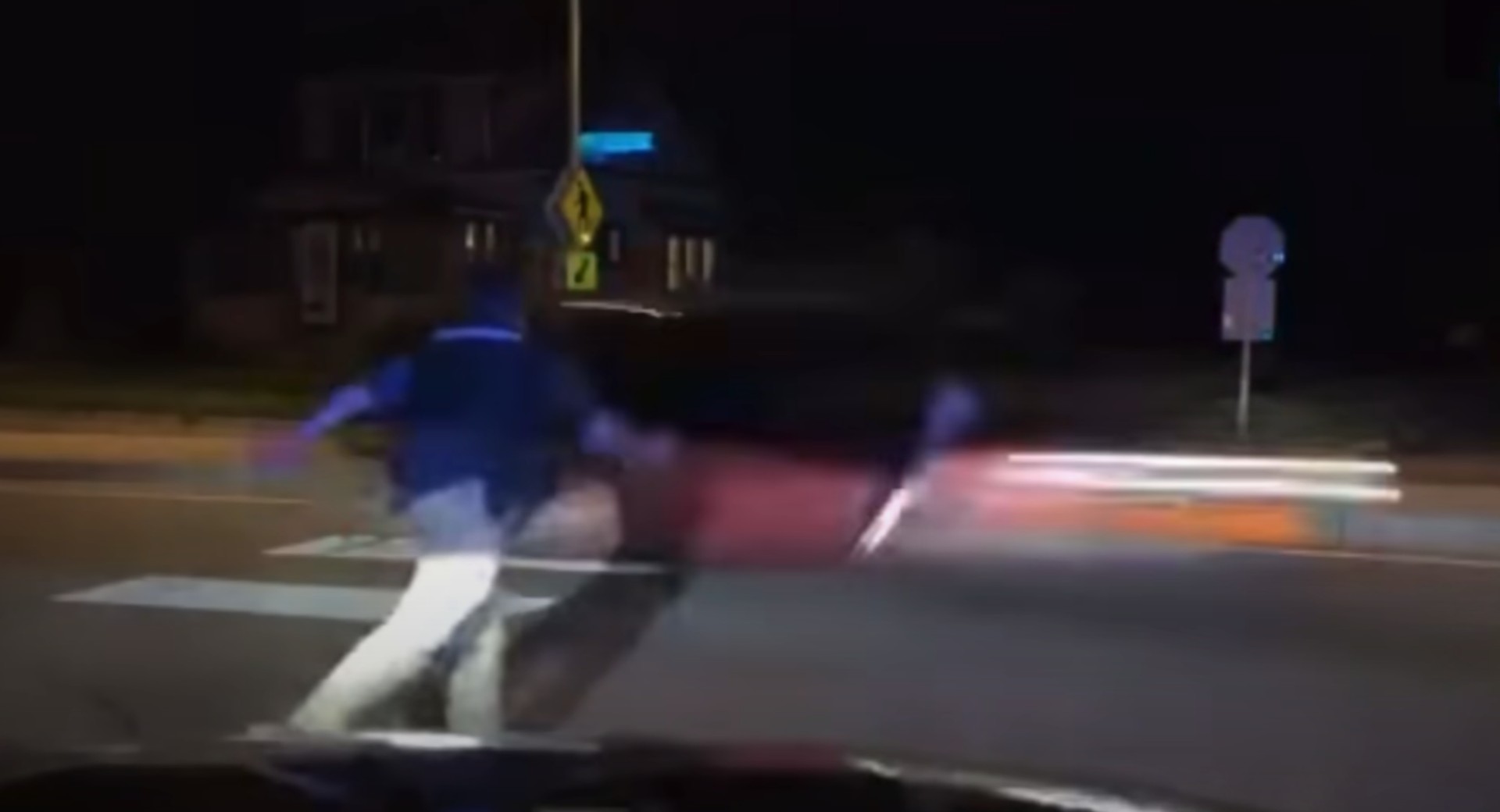 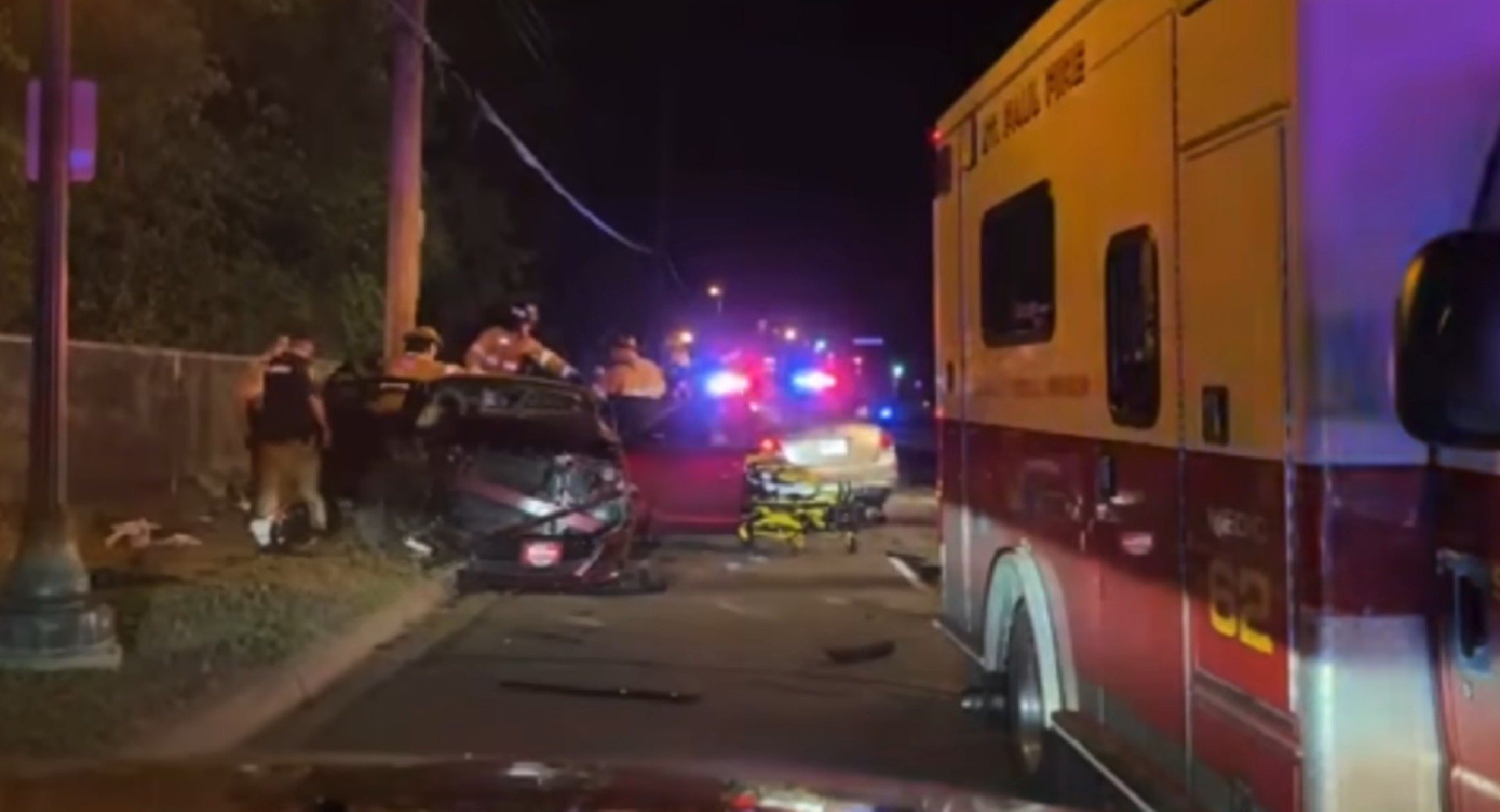