Oh No, This Is The First 2023 Chevy Corvette Stingray That’s Crashed

Production of the 2023 Chevrolet Corvette Stingray started less than a month ago and already, one example has been badly damaged in a crash.

Photos of the crashed ‘Vette were originally shared to the Corvette Forum. They reveal that the crash occurred around the Mt. Bonnell area of Austin, Texas on what appears to be a twisty road up in the hills.

It is hard to determine the full extent of the damage due to the angle of the photos. However, we can see that the mid-engined sports car came to rest in a ditch on the side of the road, presumably after hitting the rocky area that’s visible. The force of this impact inevitably led to some bodywork and paint damage across the passenger side of the car, although that side of the car isn’t visible in these photos. 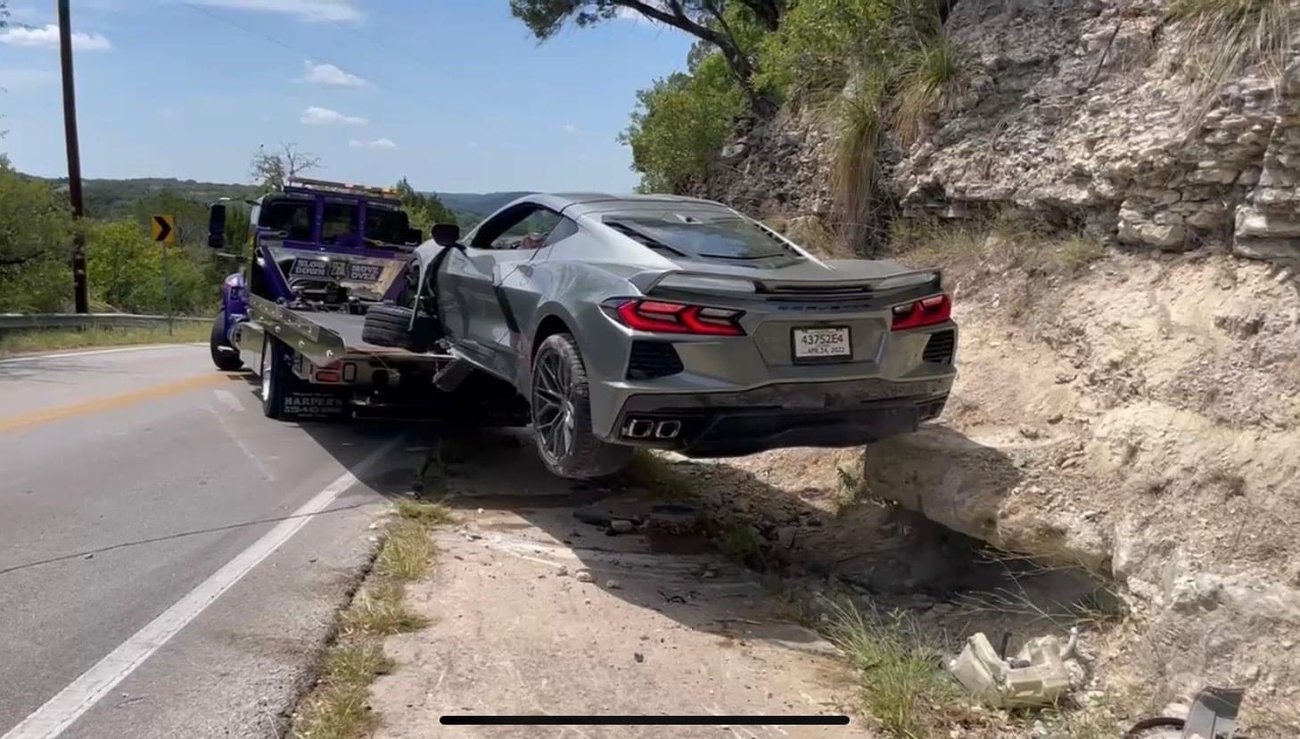 From what we can see, the driver’s side front wheel took a heavy impact and has also been torn from the car. Given the sorry state of the wheel, we suspect that some damage has also been done to the brakes and suspension at that corner.

Corvette Blogger notes that parts of the Corvette’s front fascia were also strewn across the crash site.

It’s not yet known how exactly the crash happened. The most likely explanation is that the driver entered the left-hand corner with too much speed and simply understeered into the ditch.

Regardless of the reason for the crash, some expensive repairs will obviously have to be performed if this Chevy is to ever return to the roads.