A three-row crosover-style minivan is not the first vehicle that comes to mind when you think about power and performance, but Mitsubishi has already converted the Xpander into the AP4 rallycar in Indonesia. The latter became the source of inspiration for a special one-off created by Speedline Industries in Malaysia, depicting how an Evo variant would look like, if it ever existed.

The motorsport-inspired Mitsubishi Xpander features a number of visual modifications making it look similar to its source of inspiration despite being a family car. The model is not based on the facelifted Xpander but on the previous model that was unveiled back in 2017.

The custom bodykit includes a prominent front splitter with sporty add-ons for the bumper intake, replacing the standard skidplate. The new bezels for the lower headlights, the roof-mounted scoop, the extended side sills and the wide fender flares all benefit from a glossy-black treatment. A set of 10-spoke 18-inch alloy wheels shod in performance tires in combination with the seemingly lowered suspension help the tall body of the Xpander look more planted.

Moving over at the back, the massive rear wing and the diffuser with boy-racer fins don’t appear to be functional when it comes to producing downforce, but their size would be fitting to a Pikes Peak hillclimb racer. Of course, a rallycar conversion wouldn’t be complete without a special livery. The Xpander gets red, gray, and black graphics on a white background, honoring Mitsubishi’s rich motorsport heritage. 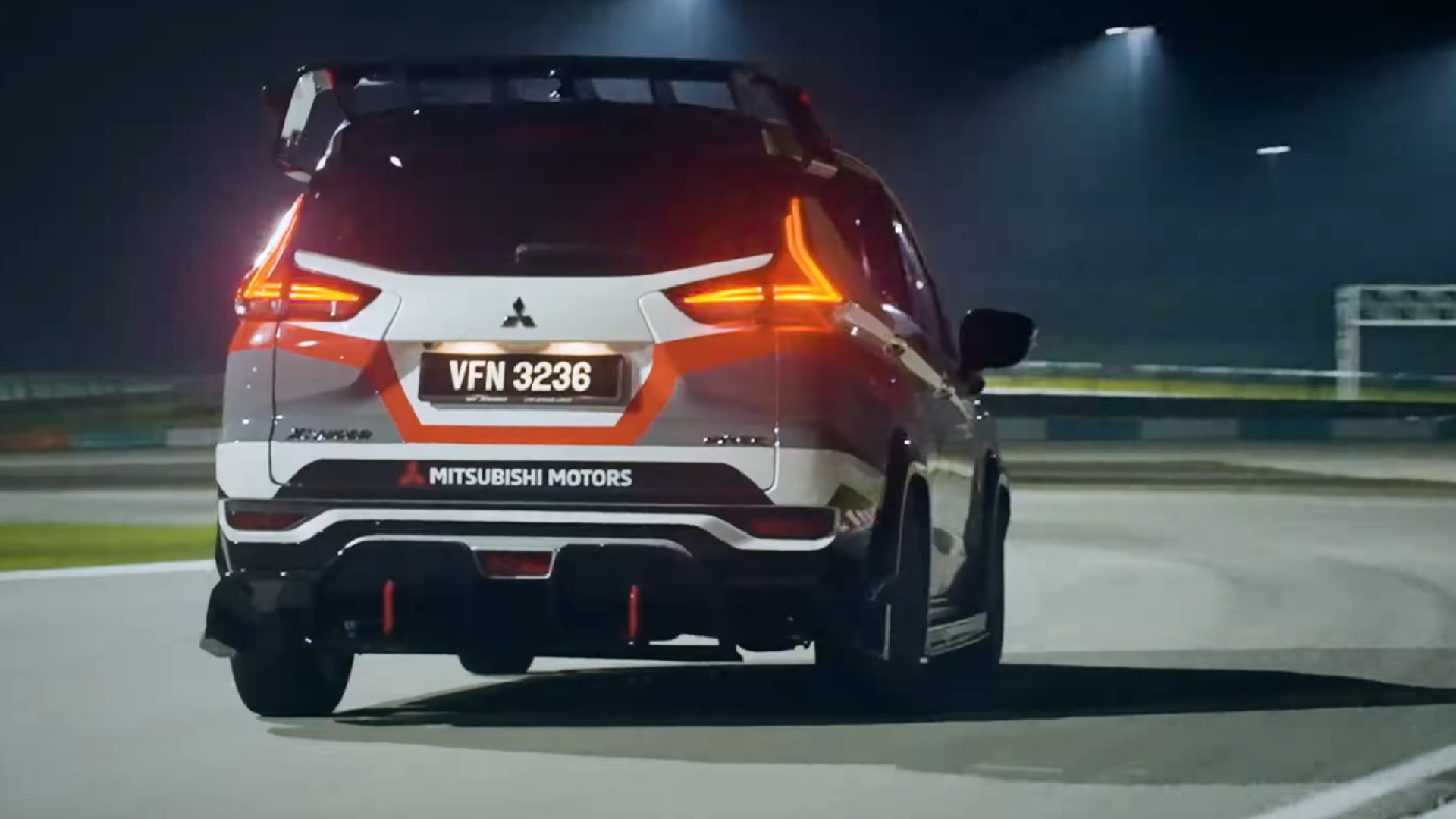 Despite the angry looks, the seven-seater interior remains completely stock, and there are are no information about mechanical changes. The naturally aspirated 1.5-liter unit which is the only option in the Xpander produces 103 hp (77 kW / 105 PS), sending power to the front axle through an automatic gearbox. Those specs are a far cry from the Mitsubishi Xpander AP4 rallycar which comes fitted with an Evo X-sourced powertrain, albeit with a smaller capacity. The modified turbocharged 1.6-liter engine produces 350 hp (261 kW / 355 PS) and is combined with an all-wheel-drive system plus a proper rally-spec chassis setup.

The sporty-looking Mitsubishi Xpander will probably remain a one-off project, since the company didn’t announce plans on offering it for sale. Still, Xpander owners who want to spice up their vehicle’s exterior design can opt for Speedline Industries‘s bodykit including a new grille, bumper extensions, extra LEDs, and faux exhaust pipes.