Pagani C10 New Teaser Reveals More Details Inside And Out 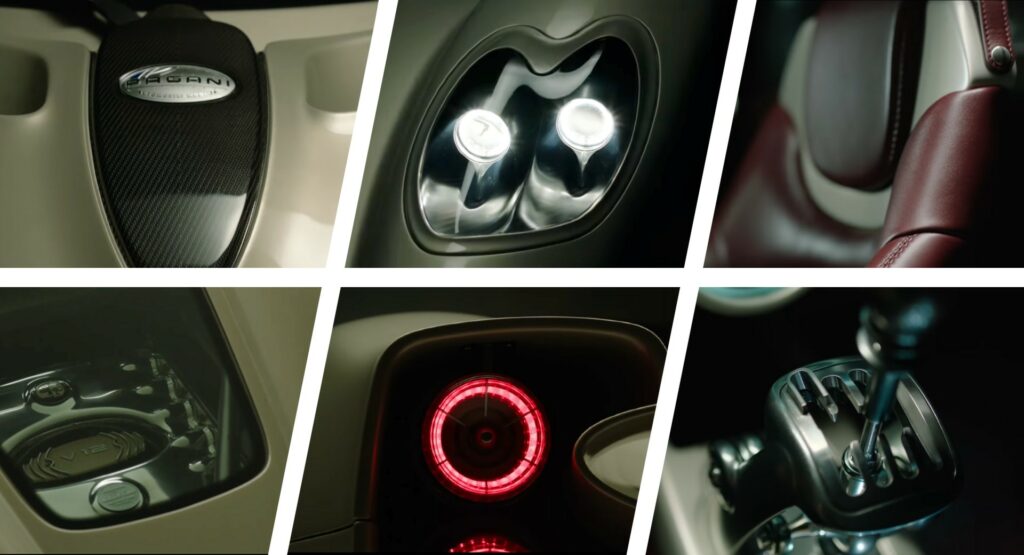 The Pagani C10 is probably the most anticipated hypercar of the year, staying true to the analog era with a V12 engine and a manual gearbox option. Following the public announcement for its September 12 debut and the first video teaser with Horacio Pagani sketching the car, the C10 is back on another video, showing more skin than ever before.

The footage, published on Pagani’s social media outlets, shows details of the exterior and a few bits of the interior, whetting our appetite for the launch. This is the first time the Italian company shows us parts of the actual vehicle, since all earlier teasers were sketches.

The C10 borrows some styling cues from its predecessors, the Zonda and the Huayra. Pagani’s signature dual headlights are housed under a single cluster on the front fenders, while at the back there are four round LED taillights inside the large openings and quad exhaust pipes at the center. We also get to see the gorgeous alloy wheels finished in gold with matching Pagani-branded brake calipers, and the carbon-fiber shield on the vented bonnet with the automaker’s emblem.

Inside, the leather-wrapped bucket seats combine red and white shades. More importantly, the gated manual gearbox looks as beautiful as ever, with an exposed mechanism in typical Pagani fashion. Horacio has confirmed that the C10 will be offered in both auto and manual guises, combined with the AMG-sourced twin-turbo 6.0-liter V12 engine. The latter won’t feature any kind of electrification, while the power output won’t exceed the 888 hp (662 kW / 900 PS) mark.

Pagani describes the C10 as “a work of alchemy” and the “fruit of our tireless pursuit of beauty, shaped by cutting edge technology”. The company also published footage of Horacio Pagani checking out Leonardo da Vinci’s Codex Atlanticus at the Veneranda Biblioteca Ambrosiana in Milan, citing the principles of the famous artist and scientist as the source of inspiration for Pagani’s hypercars.