European brands like Porsche tend to get all of the starry-eyed coverage relating to road-going race cars. But there are modern examples of American cars that have been made to honor race winners, and you now have the opportunity to own one.

This 2007 Chevrolet Corvette C6RS is one of just seven built by Pratt & Miller Engineering, the team behind the C6.R race car that competed in the American Le Mans series and won its class at 24 Hours of Le Mans in 2007.

Chassis number four, it is said to have been owned by Ken Lingenfelter before being bought by its current owner. The Corvette legend didn’t have much time behind the wheel, though, because this racecar-for-the-road shows only 209 miles (336 km) on the odometer—or around 25 laps of the Circuit de la Sarthe. 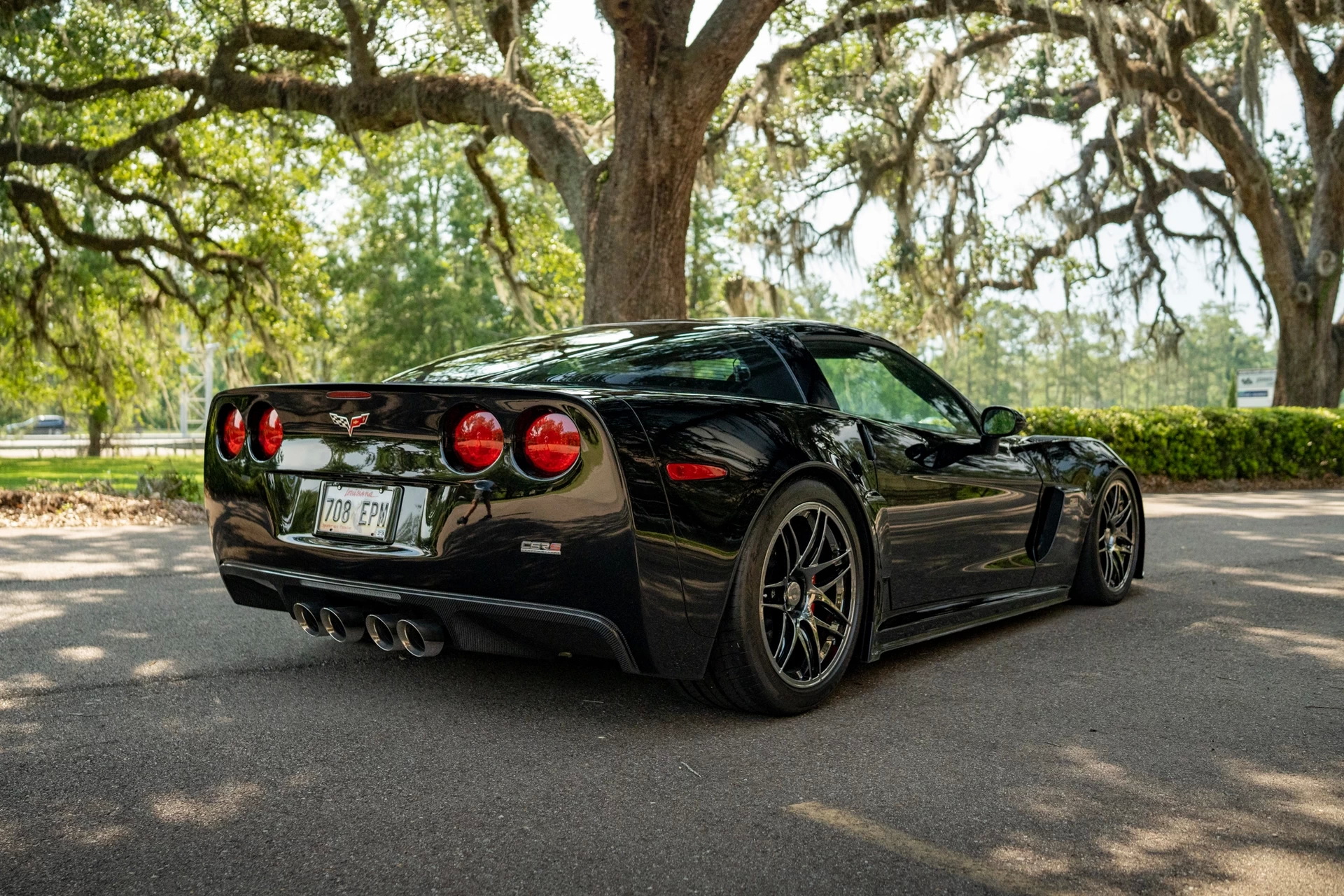 Under the carbon fiber hood, there’s a, frankly, monstrous 8.2-liter V8 that was built by Katech Performance and is rated at 600 hp (447 kW/608 PS), which is funneled to the rear wheels through a six-speed manual transmission. It has a 7,000 rpm redline and the speedometer goes all the way up to 200 mph (322 km).

As mentioned above, the hood is made of carbon fiber as are all of the other body panels, with the exception of the doors and the deck lid. That contributes to a body that’s 1.5-inches (38 mm) wider than the standard C6 Corvette. The car also gets integrated brake ducts, ram-air induction, a carbon fiber diffuser, and functional front fender louvers. 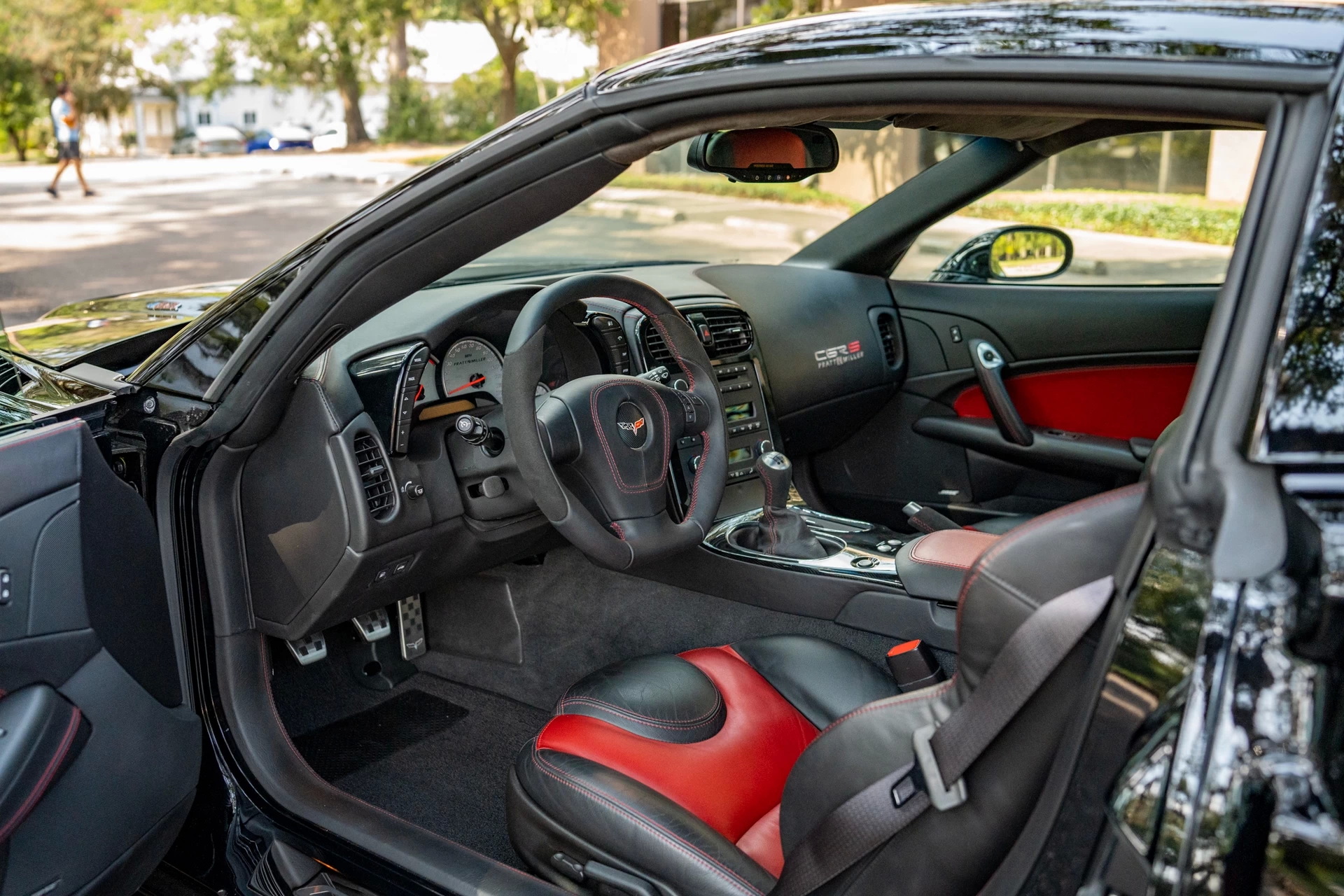 Finished entirely in black, it sits on 18- and 19-inch BBS forged aluminum black chrome wheels that are shod in Michelin Pilot Sport tires, though they show 2007 and 2008 date codes, so their track days may be behind them.

Inside, the C6RS gets black and red leather seats with special branded embroidery on the headrests. Despite being based on a racecar, it gets dual-zone climate control, a power-adjustable driver’s seat, a heads-up display, and a six-disc CD changer that plays through Bose speakers.

Currently for sale on Bring a Trailer, this could be quite the collector’s item someday.