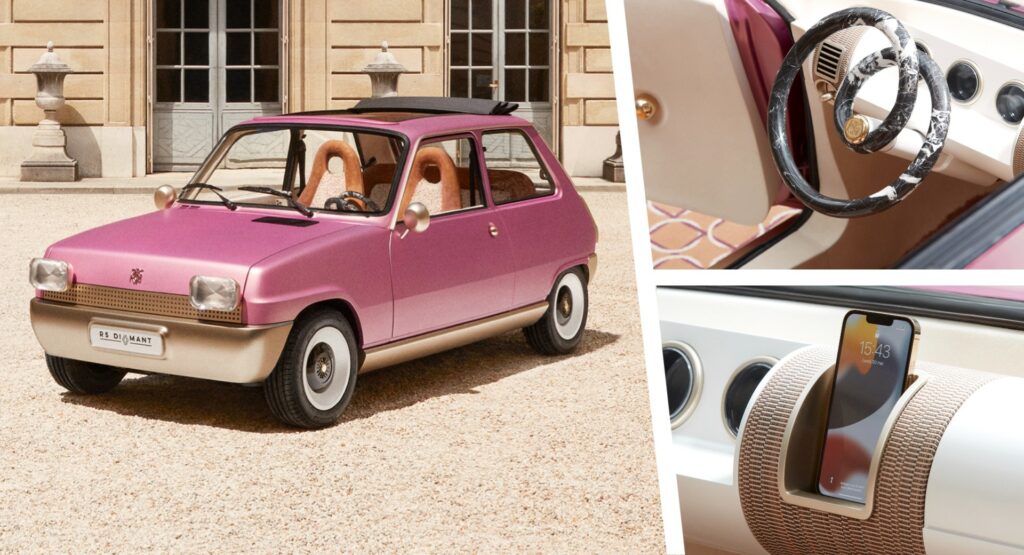 The Renault 5 celebrates its 50th anniversary this year, and the French company teamed up with designer Pierre Gonalons for an electromod project based on the classic supermini. The Renault 5 Diamant comes with a series of unique styling touches inside-out and will strictly remain a one-off, set to be auctioned this autumn.

The model is based on the first-gen Renault 5 that was introduced in 1972, retaining the overall silhouette and most of the body panels. However, many parts have been redesigned, for a streamlined look. 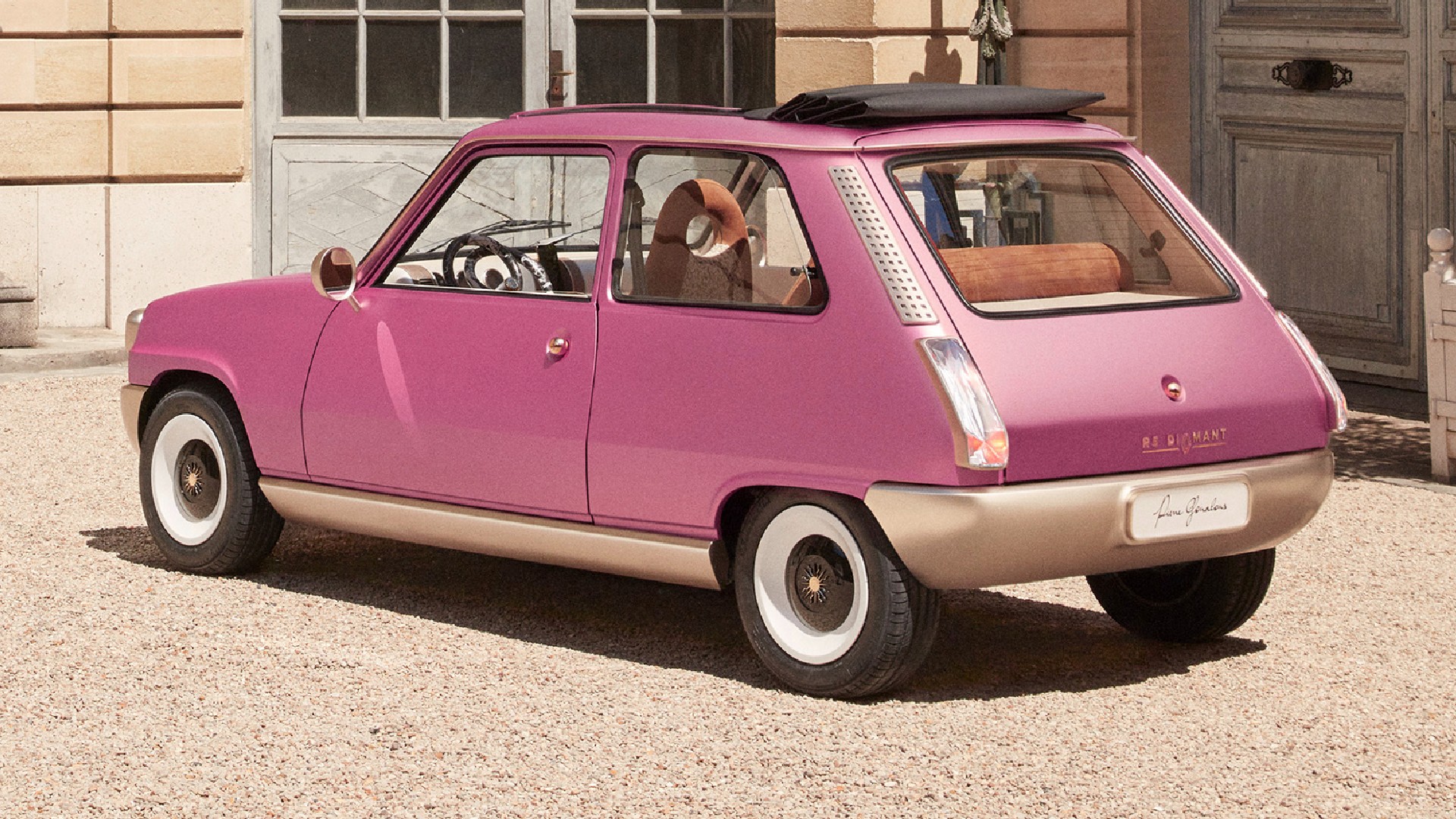 The headlights and taillights are now sticking out of the bodywork like “precious stones”, the bumpers adopt a simpler design, the grille has been covered, the door handles have been replaced by gold spheres, and the mirrors are retro-styled with a round shape. The wheels are sourced from the Alpine version, while the unique exterior spec comprises a tri-coat pink paint featuring gold pigments and a frosted varnish, combined with gold/beige accents on the lower part of the car. A retractable fabric roof and special badging complete the conversion, with the concept looking like a toy car.

Pierre Gonalons is a French designer and artist, recognized among the 100 best creators by Architectural Digest. His goal with the Renault 5 Diamant was to “merge automotive codes with those of interior decoration” taking inspiration from decorative arts and fine jewelry. Thus, the interior of the R5 has received the most glaring modifications. 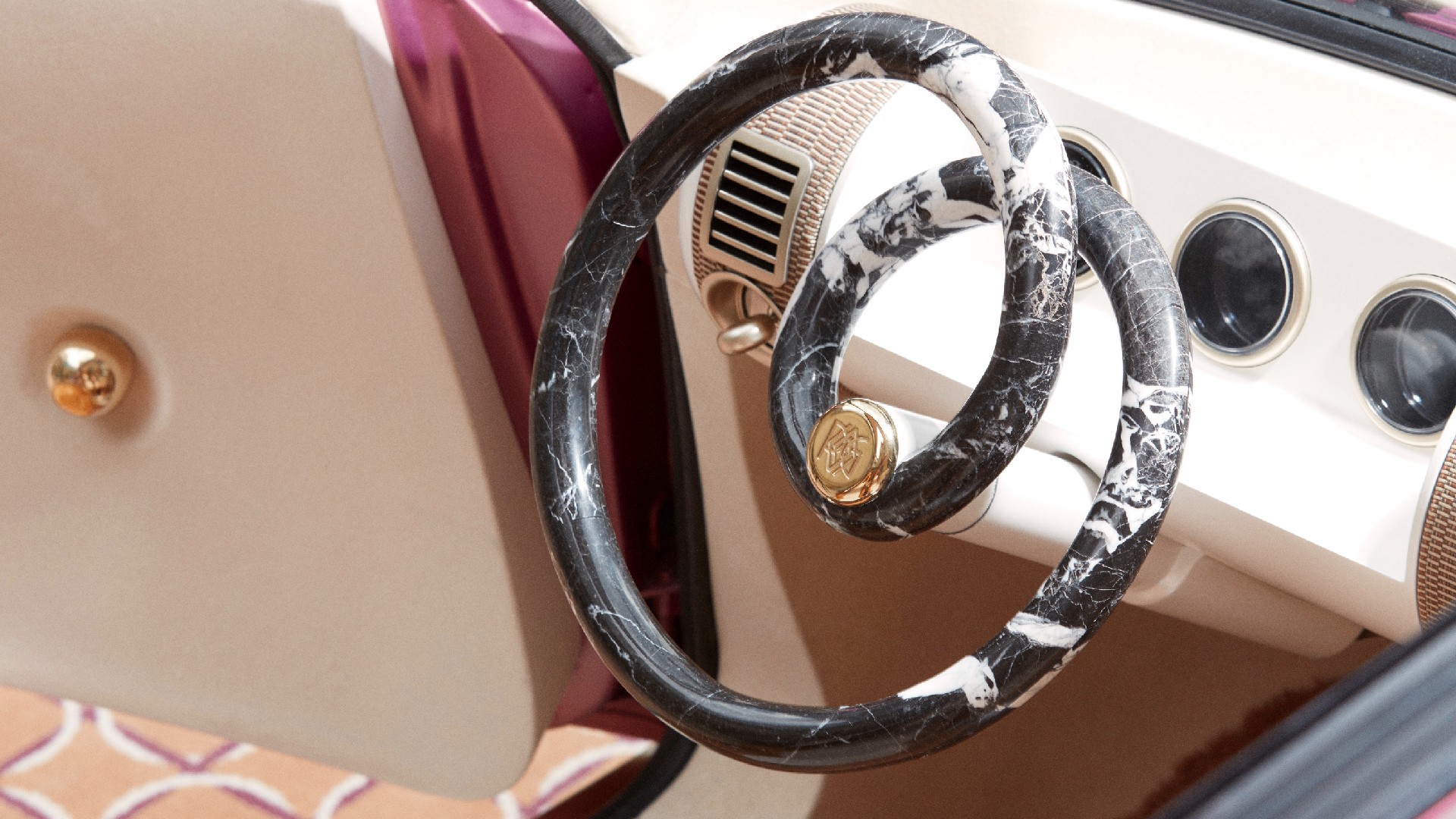 The highlight is the unconventional steering wheel made of marble on carbon. Truncated gold spheres which are brass gilded with pale gold are replacing the door handles, window controls, and gearbox lever, with the latter sitting on a marble-covered central tunnel. The dashboard has also been fully redesigned with three round but fully digital dials, a stylish gold pattern on the climate vents, and a base for a smartphone in the middle. Finally, the R5 got mohair wool floor mats, horsehair fabric touches on the dashboard and special fabric upholstery for the seats.

The makeover wouldn’t be complete without a modernized powertrain. Thus, the R5 ditches the old combustion engine for an electric motor that is placed under the bonnet. Renault didn’t reveal the specifications of the e-motor, nor the placement of the battery pack, but such a lightweight vehicle shouldn’t need that much of battery capacity to deliver a respectable EV range. 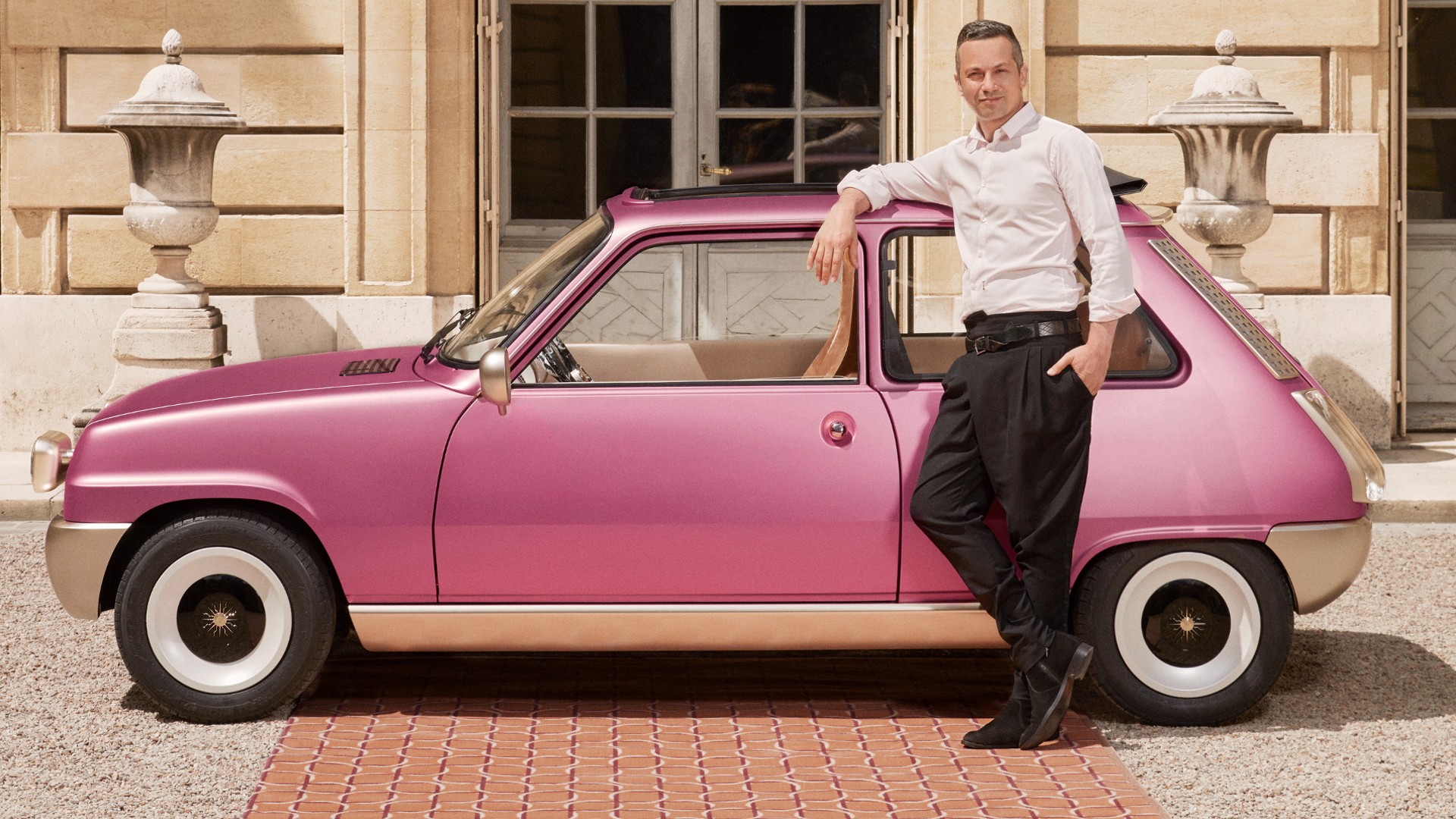 The Renault 5 Diamant will be auctioned in autumn, and all proceeds will be donated to Give Me 5, a new “social responsibility project dedicated to younger generations through sports and music”. Besides the one-off vehicle, Renault and Pierre Gonalons will develop a collection of NFTs set to be unveiled in September.

The first generation of the Renault 5 sold more than 5 million units between 1972 and 1984. The supermini was replaced by the second generation sold between 1984 and 1996, giving way to the more modern Renault Clio. In 2021, the automaker revealed the fully electric Renault 5 concept that will soon evolve into a production model. The latter has also been confirmed to serve as a base for an Alpine-branded hot hatch.