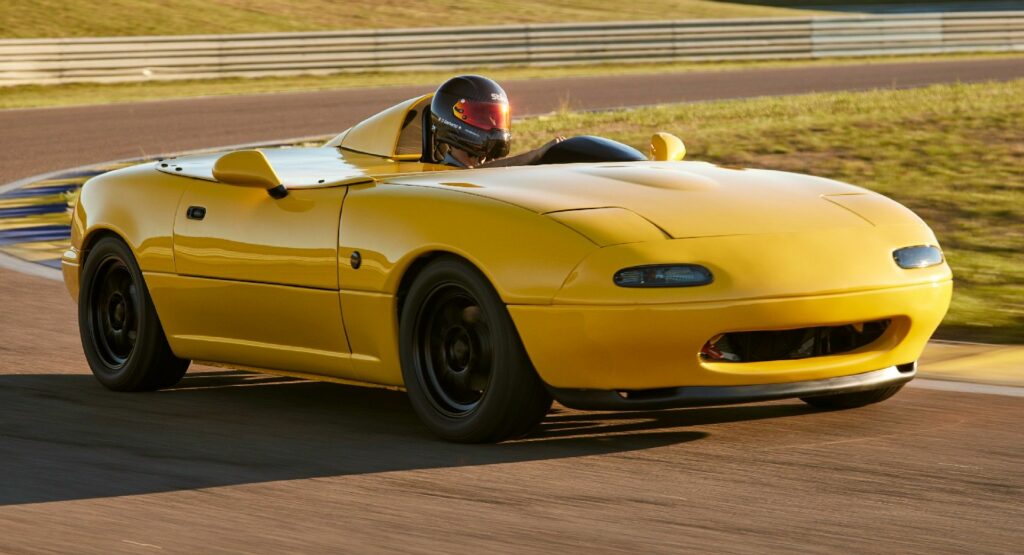 The Mazda MX-5 NA is becoming somewhat of a classic, prompting the newly-established Italian company called Gorgona Cars to create a special version, following the restomod movement. The Concept NM is a first-gen MX-5 that has been converted into a single-seater speedster, featuring an improved chassis and the modern SkyActiv-G powertrain sourced from the fourth-gen MX-5.

Rome-based Gorgona Cars was founded by automotive engineer David Galliano, and automotive journalist Omar Abu-Eideh, who had the vision of improving the first-gen MX-5 while retaining its core philosophy. Fittingly, the NM Concept (for Naked Monoposto) was unveiled during the largest-ever parade of Mazda MX-5s held at the Modena Autodrome. 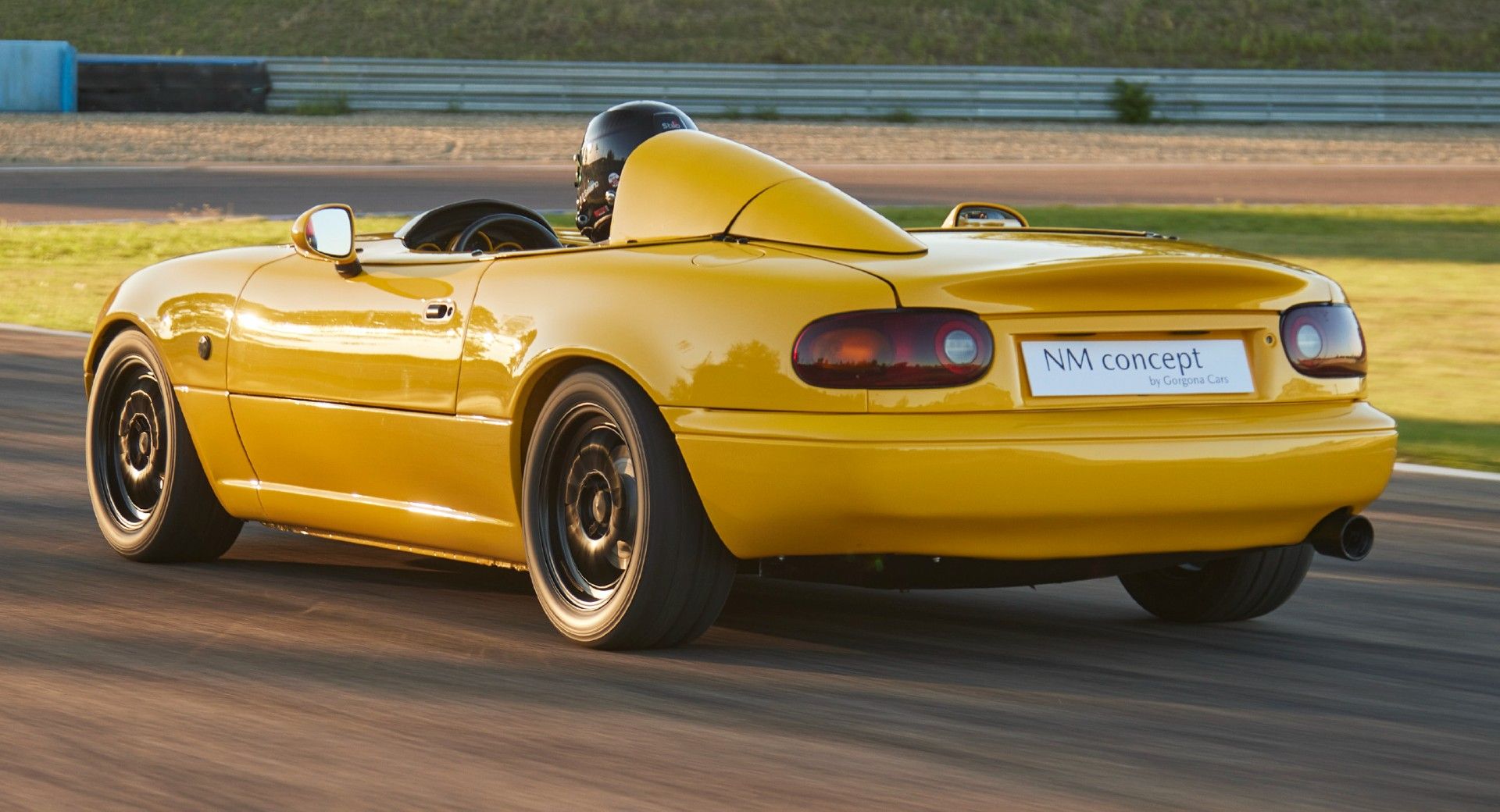 Based on an MX-5 NA, the NM Concept features a number of visual and mechanical modifications. Starting with the exterior, an exotic “single-seater barchetta” bodystyle was chosen, inspired by the 1995 Mazda Miata M Speedster (NA), the 2000 Miata Mono-Posto (NB), and the 2015 Mazda MX-5 Speedster (ND) factory concept cars.

The windshield and the roof have been removed and a body-colored cover has been added to the cabin leaving only the driver’s seat exposed. There is also an aerodynamic hump behind the headrest that is fading out on the rear deck, and an integrated spoiler on the tailgate similar to the one on the 1992 Mazda M2-1006 “CobraSter” concept. Optionally, the bonnet, front fenders, and doors can be made of carbon fiber. 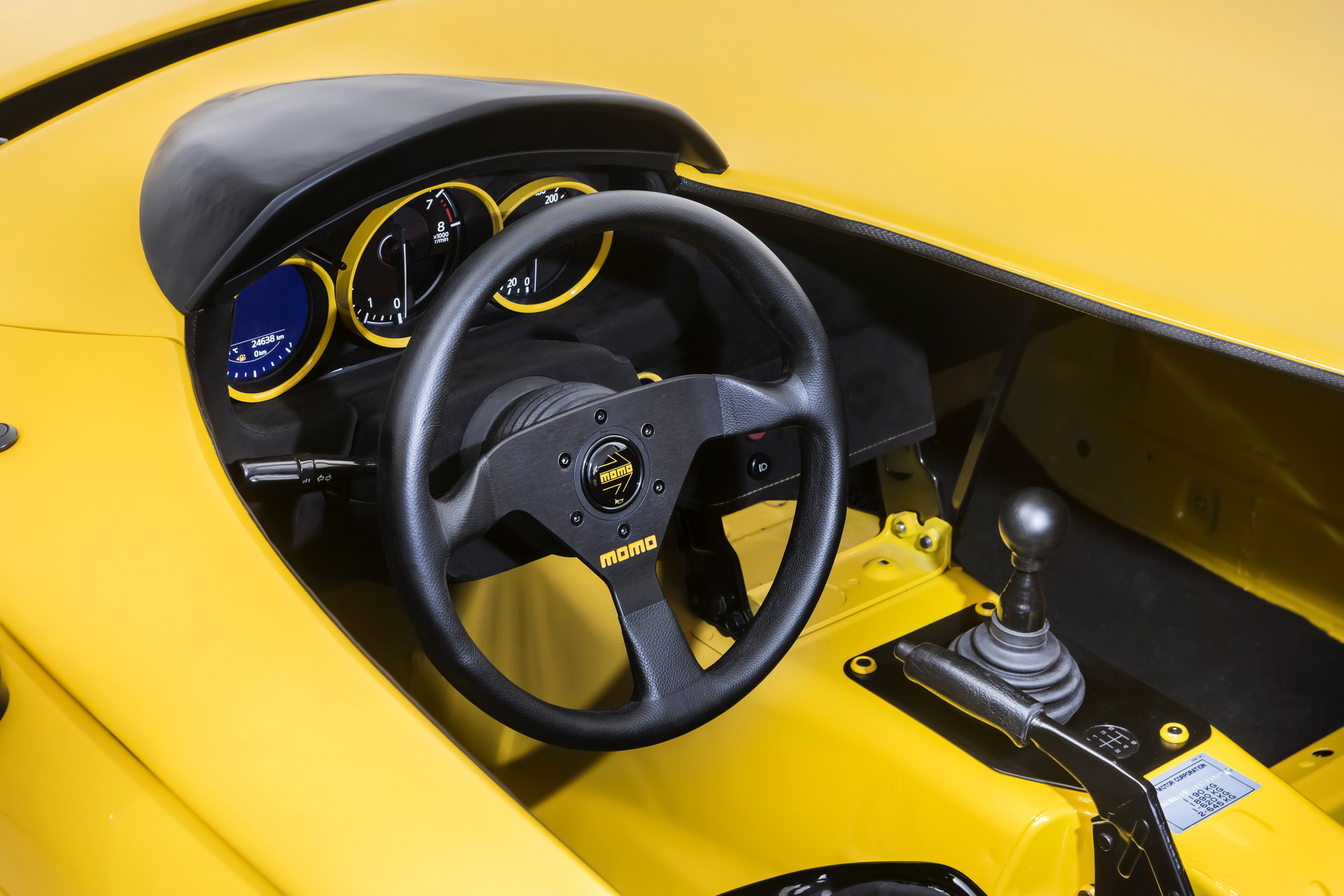 Less obvious touches include a slit under the aluminum hood which helps with cooling, a front splitter, LED pop-up headlights, smaller doors, new mirrors, an aerodynamically-optimized floor, and a rear diffuser. In terms of the exterior trim, the entire chrome work has been painted in matte black, contrasting with the yellow shade and the dark-finished 15-inch Enkei RPF1 wheels shod in Yokohama A052 tires.

Inside, we find a single racing seat by RCC with a four-point seatbelt, a Momo steering wheel, and Alcantara upholstery. True to the lightweight nature of the MX-5, there is no air conditioning, infotainment, or even an audio system, since this car is all about driving. The boot capacity is 160 lt (5.7 cubic feet) which is tiny but incrementally larger compared to the ND and the NC. 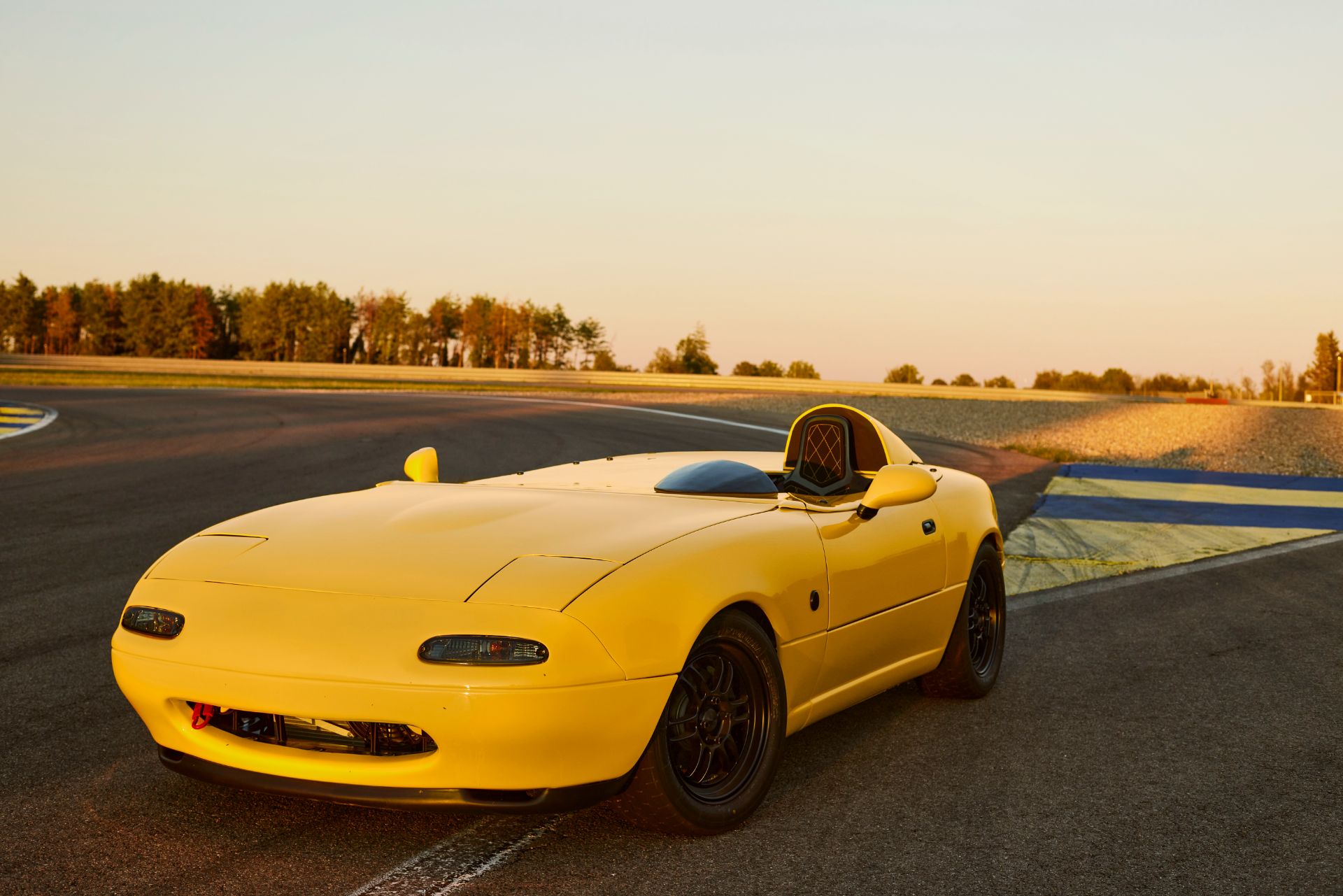 More important than the tastefully modified exterior is the reworked underpinnings. Under the bonnet lies the naturally-aspirated 2.0-liter SkyActiv-G engine from the modern-day MX-5 ND producing 181 hp (133 kW / 184 PS) and 205 Nm (151 lb-ft) of torque. Power is sent to the rear axle through a six-speed manual gearbox and a self-locking rear differential which are also sourced from the ND. Gorgona Cars didn’t announce the performance credentials but with a dry weight of 830 kg, we expect it to be quicker than your average Miata.

Besides the powertrain transplant, the model rides on an improved chassis with double the torsional rigidity of the original. This was achieved by higher side sills (notice the smaller doors), a rollbar under the rear hump, stronger subframes (front and rear), plus additional reinforcements welded on the underside. Driving dynamics are spiced up by the adjustable coilover suspension and a beefier braking system.

Thankfully, the NM Concept is not just a show car, as Gorgona Cars intends on homologating and producing a small number of units as long as there is enough demand. Pricing will start from around €70,000 ($69,797) plus taxes, excluding the cost of a donor car. This is much more than any factory-spec MX-5 will ever cost, but the premium pricing is justified by the extent of the modifications and the low-volume handbuilt nature of the model.