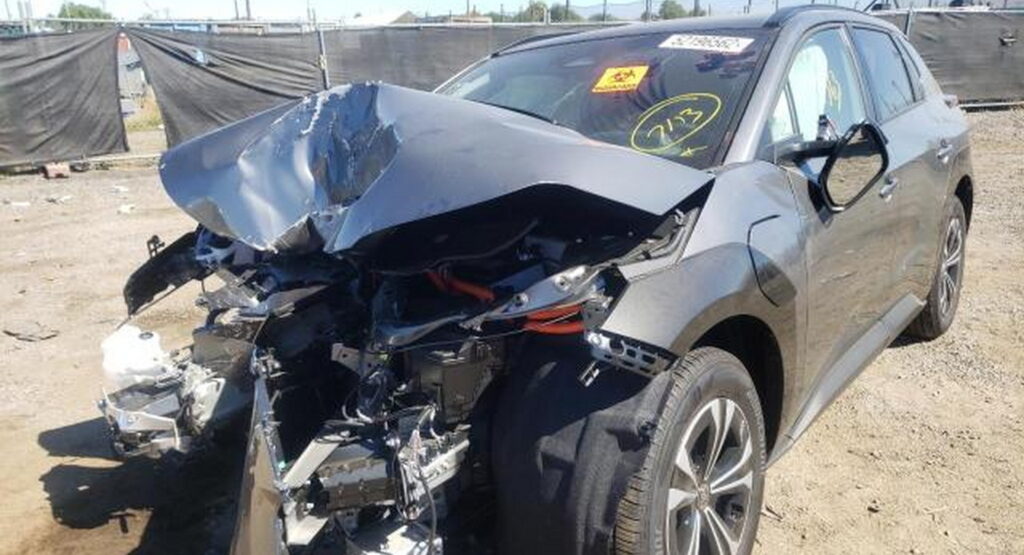 The auction site is best known for selling vehicles that have been totaled and, although some of them can be made roadworthy again, it isn’t hard to understand why this car has been deemed unfit to be put back on the streets.

Perhaps the first totaled Toyota bZ4X in America, the circumstances surrounding the accident are not known, but the consequences of it are clear to see. Massive front-end damage has crunched the hood up and caved the front fascia in completely. All of the damage seems to be focused around one spot, making it seem like the vehicle hit a pole or a bollard of some description.

Read Also: Would You Be Interested In This Damaged Lucid Air Dream Edition? 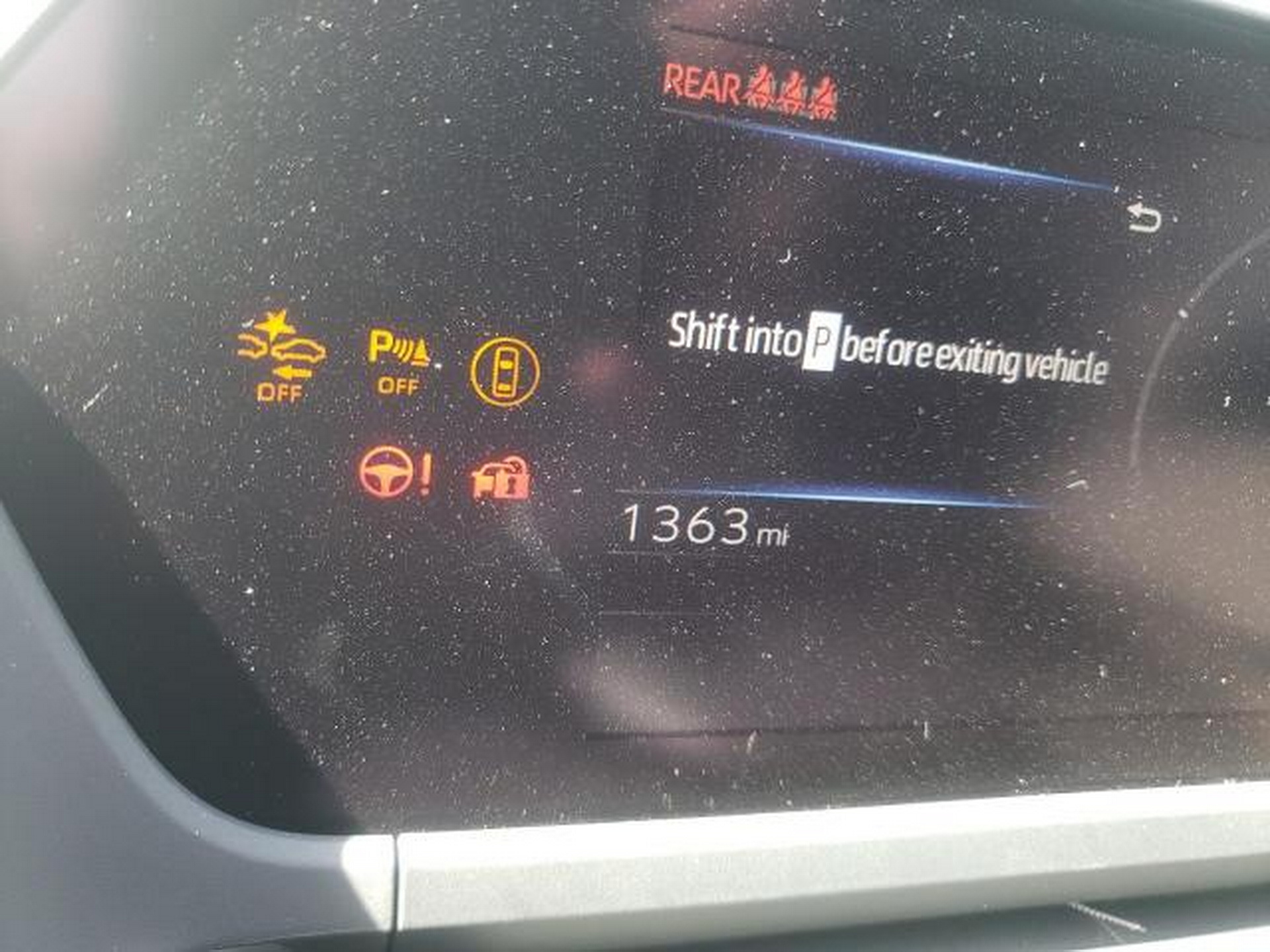 The accident appears to have also damaged the drive unit, making the warning message on the dash “shift into P before exiting the vehicle” feel a little unnecessary. Although there is some broken trim being stored on the passenger seat, it looks like it’s actually from the outside of the vehicle.

Otherwise, though, the interior looks alright, and it seems like the crash structures did a pretty good job of keeping the passenger compartment safe. Thank goodness this vehicle has a five star safety rating from NCAP.

It’s unclear how much damage has occurred to the vehicle’s precious batteries, but the front-wheel-drive variants of the bZ4X, like this XLE model, have a 71.4 kWh battery pack that is good for up to 252 miles (405 km) of range, which means this car’s mileage could have been covered in just 5.5 (which effectively means six) charges.

Copart says that this vehicle had an estimated retail value of $55,030, though the buyers may have paid more, since Toyota dealers have reportedly not been adhering to MSRP on this EV.

It certainly won’t be worth anything near as much as that now, but do you think it’s worth anything? What would you do with what’s left of this 2023 Toyota bZ4x?