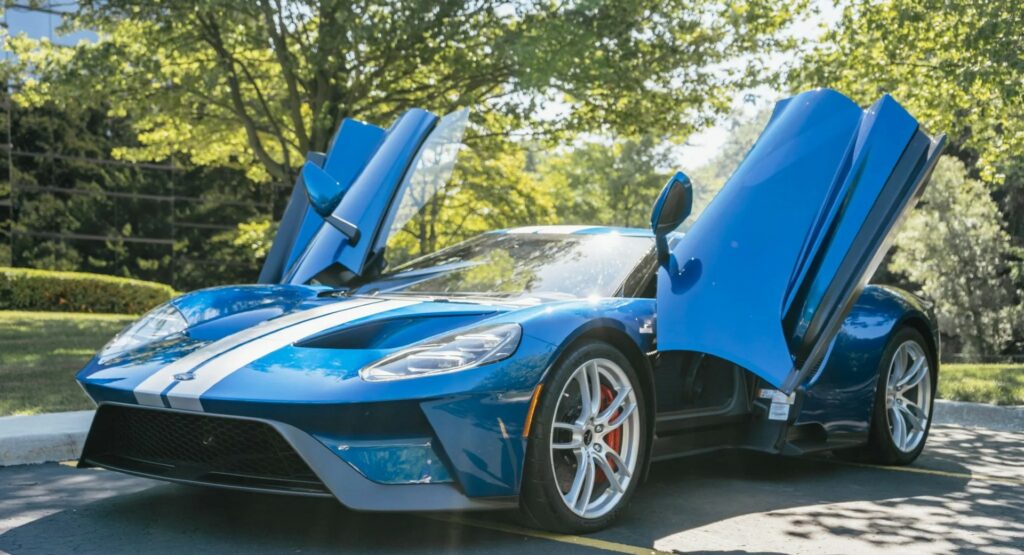 The latest Ford GT is such a special car that it regularly goes for more than double what the brand says is its MSRP. Of course, for the pleasure of owning a new GT, you’ll have to apply and get approved by Ford itself. Now, a 2018 model is available with just 120 miles on it for anyone with the cash to buy it.

Ford is so particular about who it’ll sell the GT to that it includes a no-resale clause that stops new buyers from just flipping it for the first two years. Professional wrestler John Cena was famously on the bad end of a lawsuit brought against him by Ford for selling his GT before that time period was up. The two parties ended up settling but it shows just how picky the automaker is.

This 2018 example, delivered to its owner through Pat Milliken Ford in Michigan, is up for sale on Bring a Trailer and is special for a number of reasons. Firstly, the stunning Lightning Blue paint is from Ford’s Extended Color Palette 2 and according to the blue oval brand itself, this is the only time a GT has been finished with that paint color and the Ingot Silver racing stripes. 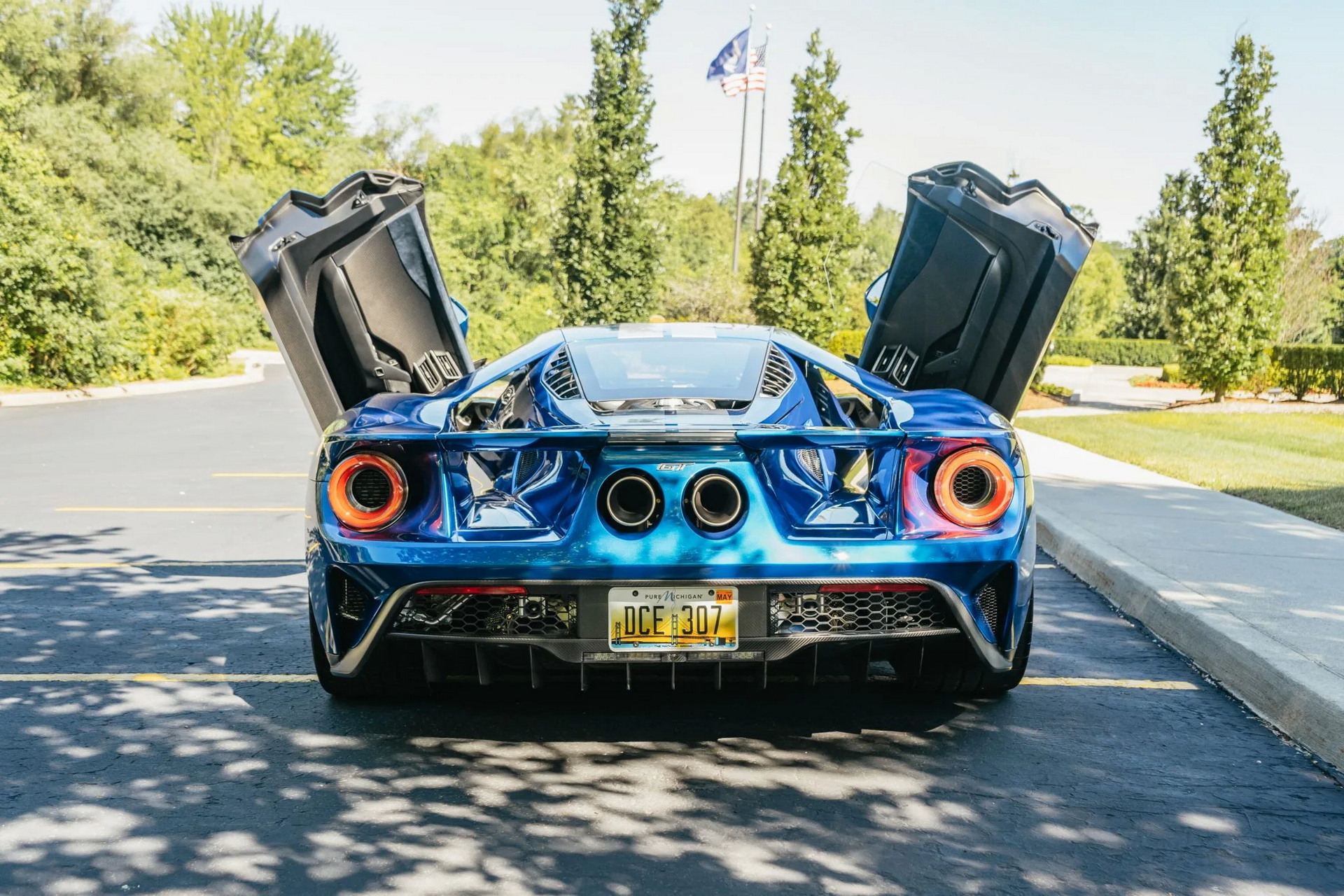 Other notable GTs have sold on BaT for more than $1 million but most have had more mileage than this one. For example, less than a month ago, a 2019 Carbon Series example sold for $1,240,000. That could mean that this unit will go for even more considering its rare options and extremely low mileage.

Like all Ford GTs of this generation, it’s powered by a twin-turbocharged V6 that develops a factory-rated 647 hp (482 kW) and 550 lb-ft (744 Nm) of torque. That power is sent through a seven-speed Getrag dual-clutch transmission to the rear wheels only.