Skoda UK has created a one-off camper version of their fully electric SUV, just in time for the festival season. Aptly named the Skoda Enyaq iV 80 FestEVal, comes fitted with a camping unit from Czech brand Egoe and a roof tent, bringing everything you need to enjoy living in the outdoors.

Visually, the Enyaq iV 80 FestEVal looks just like any other Enyaq besides the large tent box that is mounted on the roof. Skoda says that the roof tent can be set up or taken down in a matter of minutes, and is accessible via a ladder. The tent includes a double bed, a solar-powered fan, an integrated torch, plus netting for storage. 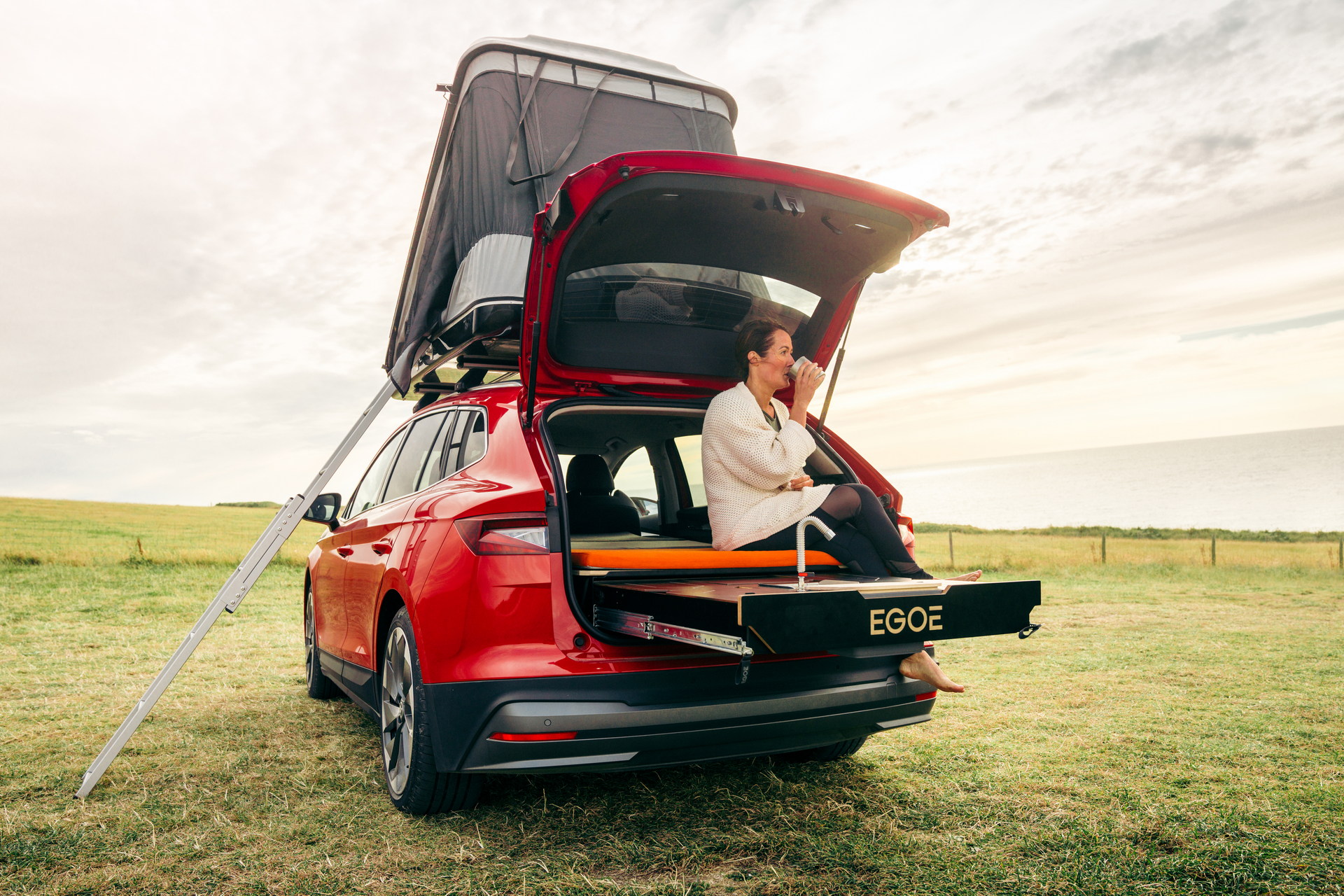 The MEB-based Enyaq iV is a rather roomy crossover with a 585 lt (20.7 cubic feet) boot that can grow up to 1,710 lt (60.4 cubic feet) when the rear seats are folded. Skoda made use of all this space by adding the Egoe box in the luggage compartment. Sliding it out and opening it up will give you access to a glass cooker, a collapsible sink with tap and hose, a meal preparation area, and plenty of storage compartments for your cutlery, kitchenware etc. Prepare your camping chairs and table and you have a beautiful setup at the back for a picnic.

Above the Egoe box, there are mattress cushions that can be used to create a double bed across the folded rear seats with the help of an extendable bed frame. As a result two more people can sleep inside Enyaq’s cabin, making it a four-person hotel-room although not nearly as comfortable or spacious as a proper motorhome. As with the standard Enyaq iV, the camper model also comes with an eight-speaker sound system, ambient lighting, a 13-inch infotainment touchscreen and Wi-Fi hotspot that support up to eight devices. 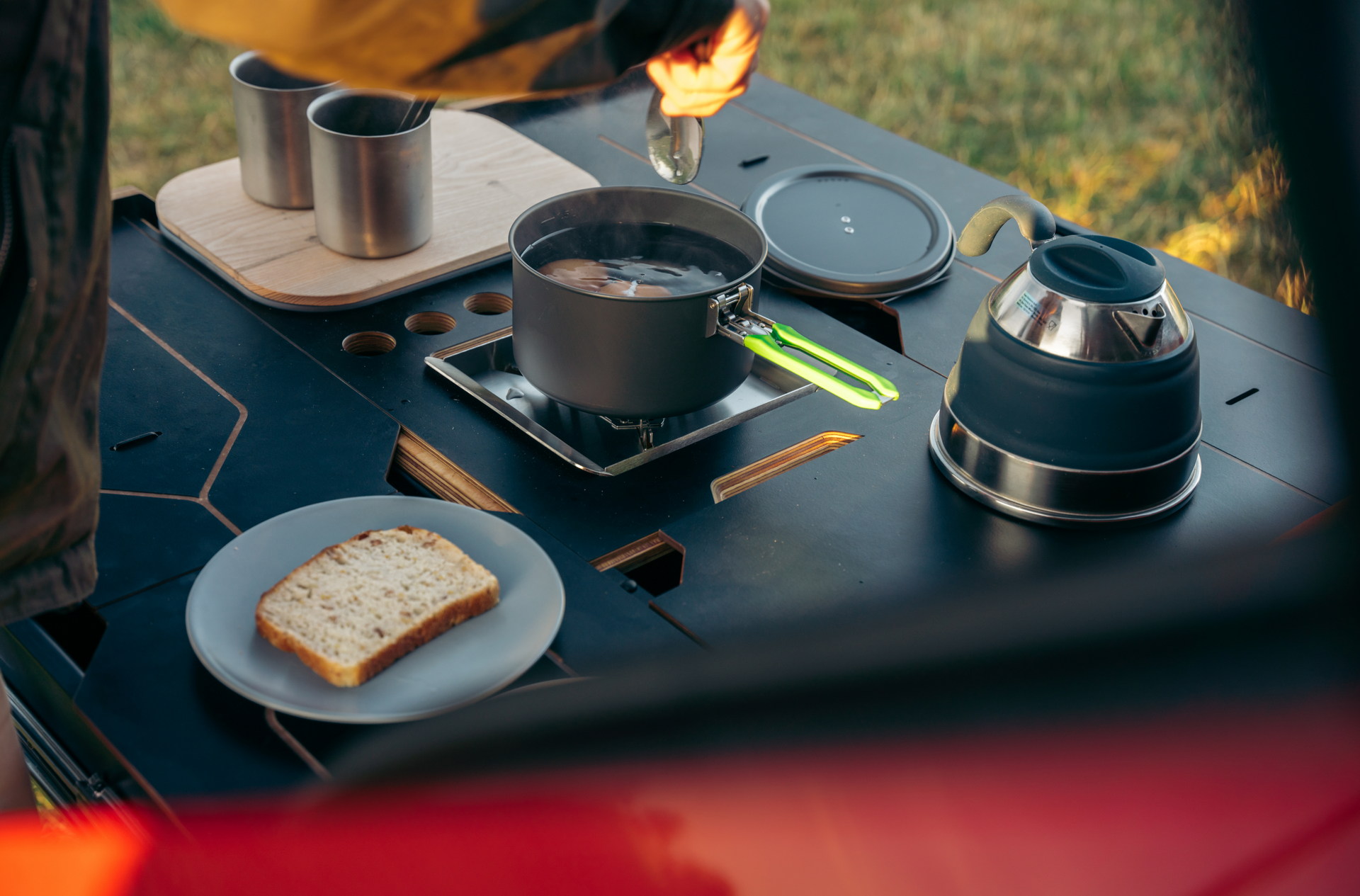 The camper model is based on the Enyaq iV 80 which means it has a single rear-mounted electric motor producing 201 hp (150 kW / 204 PS), and an 82 kWh battery, offering a WLTP range of up to 338 miles (544 km). However, the extra weight of the camping equipment and the increased aerodynamic drag due to the roof tent likely means that the FestEVal will not go as far between charges.

The Skoda Enyaq iV 80 FestEVal is not destined for production, but it showcases what owners can do with their vehicles if they add an Egoe box at the back and a tent on the roof.