Cast your mind back 11 years and you will might remember Richard Hammond’s famous test of the Paramount Marauder during the 17th season of Top Gear. Well, the company behind that insane creation is back, announcing the launch of the Marauder Mark 2.

The Marauder Mark 2 is largely similar to the original but has undergone a series of modifications. It offers mine and ballistic protection and features a double-skinned monocoque hull that can withstand IEDs and mines.

The South African company behind the updated Marauder adds that significant upgrades to the driver interface will make it better suited to a wide range of missions. Furthermore, it can now be easily produced in left- and right-hand drive configurations on the same production line. It is also possible for it to be converted from left-hand drive to right-hand drive (and vice versa) in less than two hours should operational needs require such a change. 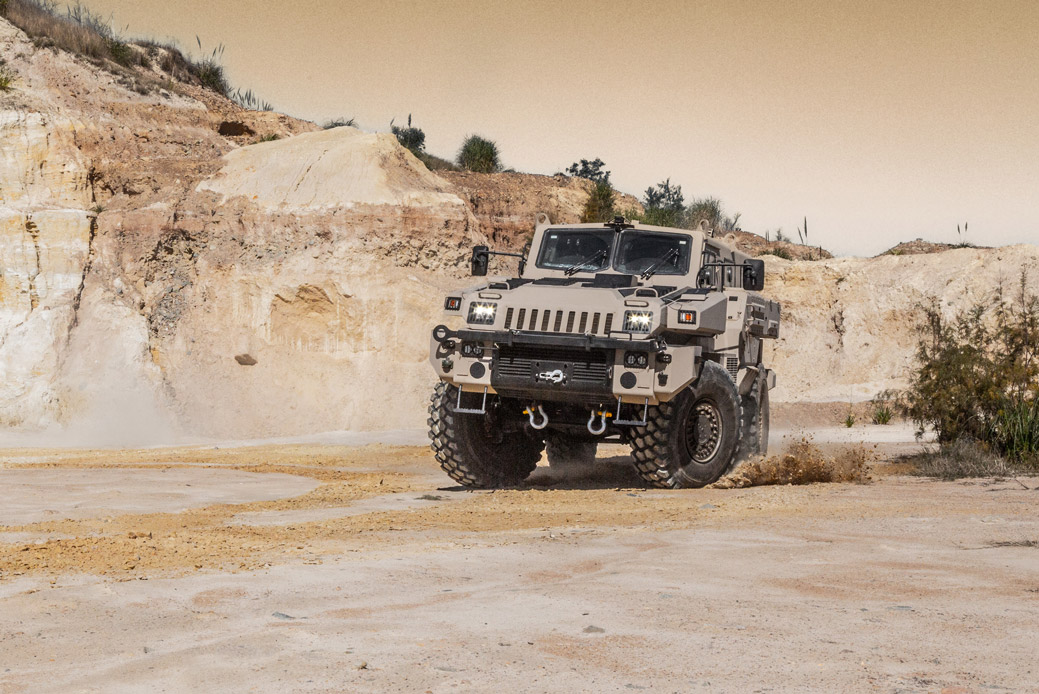 “Impressive developments in man-machine interfaces often go unnoticed, however the systems which we have incorporated within the new Marauder ‘Mark 2’ have made great strides in improving ergonomics, comfort and functionality,” Paramount Land Systems chief executive Deon Grobler said in a statement. “The improvements in the Marauder’s operator interfaces will increase usability when operating in rugged conditions, while at the same time reducing driver and crew fatigue, making the platform more comfortable and user-friendly, keeping troops safe and battle ready.”

The current Marauder is used by armed forces in Africa, the Middle East, Central Asia, and South East Asia and as such, has been designed to operate seamlessly in extreme conditions from -20 to 50 degrees Celsius. It can also be easily airlifted by a C130 or a Chinook.

Alterations made to the Marauder Mark 2 have also enabled the company to accelerate production.

“In keeping with our 27-year track record of manufacturing innovative solutions to optimizing our customers’ response capabilities to the threats faced in Africa and around the world, we are also pleased to report that we have today increased our own speed of production,” added Grobler. “We can now manufacture vehicles for stock purposes as opposed to manufacturing based on customer orders, delivering faster solutions for those partners with urgent demands, whether they are operating right or left-hand drive vehicles.”