One year after revealing the facelifted fifth-generation Forester, Subaru announced the sportiest grade of the SUV in Japan, bearing the STI Sport name. The Forester STI Sport doesn’t get any extra punch, but sportier looks, a new suspension setup, and more standard equipment should do the trick for prospective buyers.

Starting with the most important addition to the Forester, the version-specific suspension includes Hitachi Astemo SFRD front dampers tuned by the STI team alongside unique tuning for the rear dampers. Subaru claims that handling is comparable with a sports sedan, despite being an SUV with a high center of gravity. Unfortunately, the Forester doesn’t get any power upgrades, retaining the turbocharged 1.8-liter four-cylinder petrol engine with 175 hp (130 kW / 177 PS) and 221 lb-ft (300 Nm) of torque, the CVT gearbox, and the standard Symmetrical AWD system. 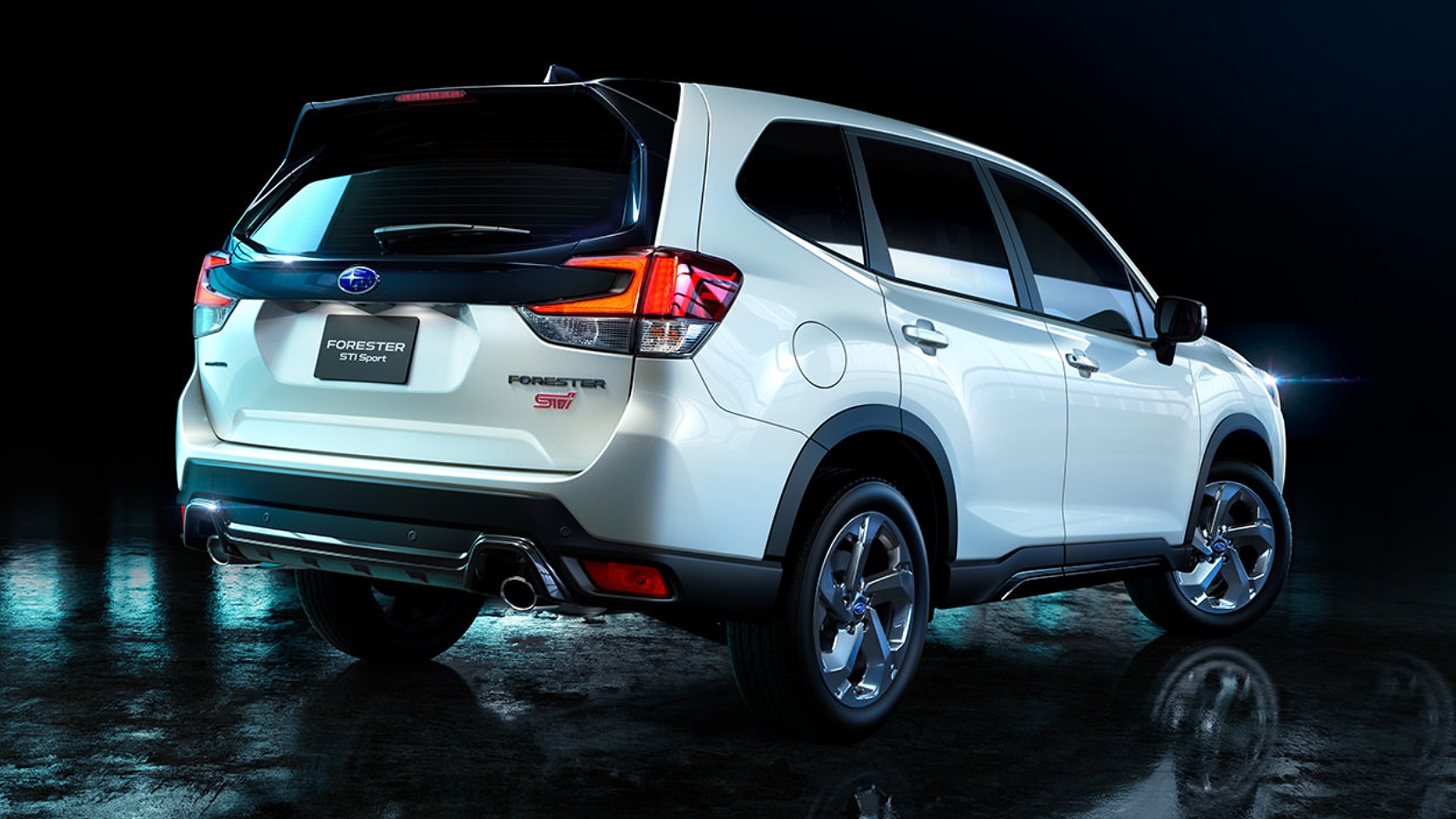 In terms of exterior design, the red STI badges on the grille and the tailgate are enough to generate some excitement from Subaru fans. Don’t get too pumped up though since this is no full-blown STI but the STI Sport grade which is more of a sporty trim and less of a performance-focused model. A similar treatment has been given to the Levorg and the WRX S4 in Japan, which also got even higher-spec STI Sport R grades.

Setting aside the badges, the STI Sport is distinguished by a set of 18-inch aluminum wheels and a glossy black finish on the front skid plate, bumper intakes, side sill cladding, mirrors, rear diffuser, and rear spoiler. The dual tailpipes are retained from the standard Japanese-spec model. 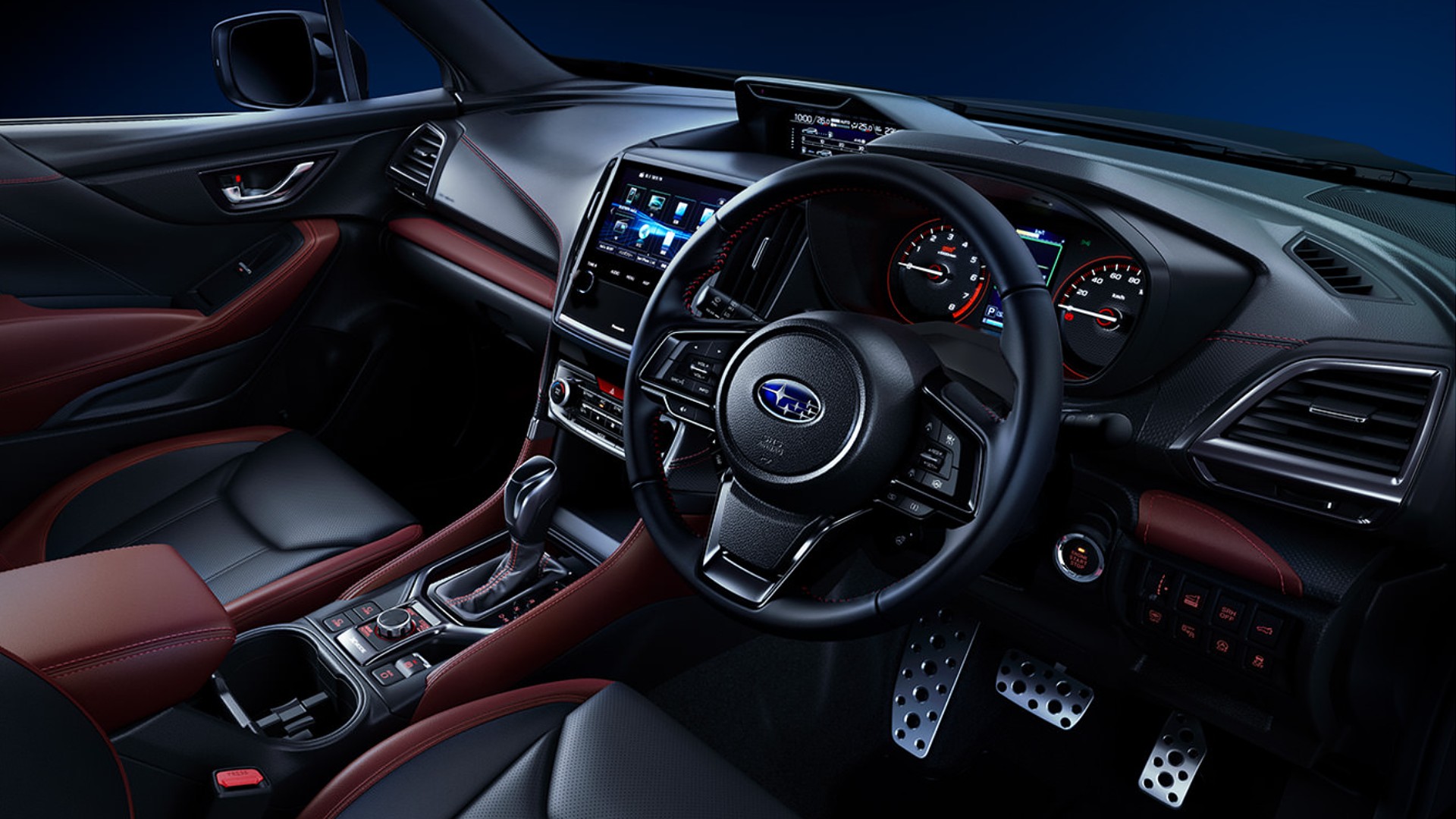 Inside, we find Bordeaux leather and Nappa leather upholstery on the seats, doors, center console, and dashboard, with red stitching and piano black accents. Furthermore, the instrument cluster behind the leather-wrapped steering wheel has  STI Sport instruments. Optional equipment includes a power tailgate and the more advanced EyeSight Safety Plus ADAS suite.

The market launch of the Forester STI Sport in Japan is scheduled for August 25. We don’t know if Subaru is planning on offering a similar grade elsewhere, but it sounds pretty unlikely judging from the rest of the lineup. After all, Subaru customers in North America are more fond of adventurous grades like the Forester Wilderness Edition, while those looking for something sportier in terms of design can go for the Sport trim.