Super-Rare 1988 Mercedes-Benz 6.0 AMG Hammer Coupe Is The First To Be Auctioned In The US

Long before the AMG GT Black Series set the production lap record around the Nurburgring Nordschleife, its forebearers were wholly separate from Mercedes-Benz itself. The AMG brand was a tuning company all its own and perhaps its most notorious creation was the 6.0 Hammer Coupe. Now, one of just 13 examples ever crafted for North America is about to go up for auction.

AMG wasn’t like the vast majority of tuning companies you might think of today, though. Oftentimes when we see a tuning company modify a car it has little more than just a few new parts here and there and then some sort of ECU tuning to release a little more power. To create the Hammer coupe, AMG started by swapping the original 3.0-liter engine for a 5.5-liter V8 – but they didn’t stop there.

Extensive modifications to that engine took place before it was installed. Not only did AMG blueprint the motor but it bored it out to 6.0-liters, balanced the internals, and then changed it from a single-cam, two-valve-per-cylinder pair of heads to a twin-cam, four-valve setup. That ultimately resulted in 385 hp (287 kW) and 417 lb-ft 564 Nm) of torque.

Read More: The World’s Only AMG Hammer Wagon Is Perfection On Wheels 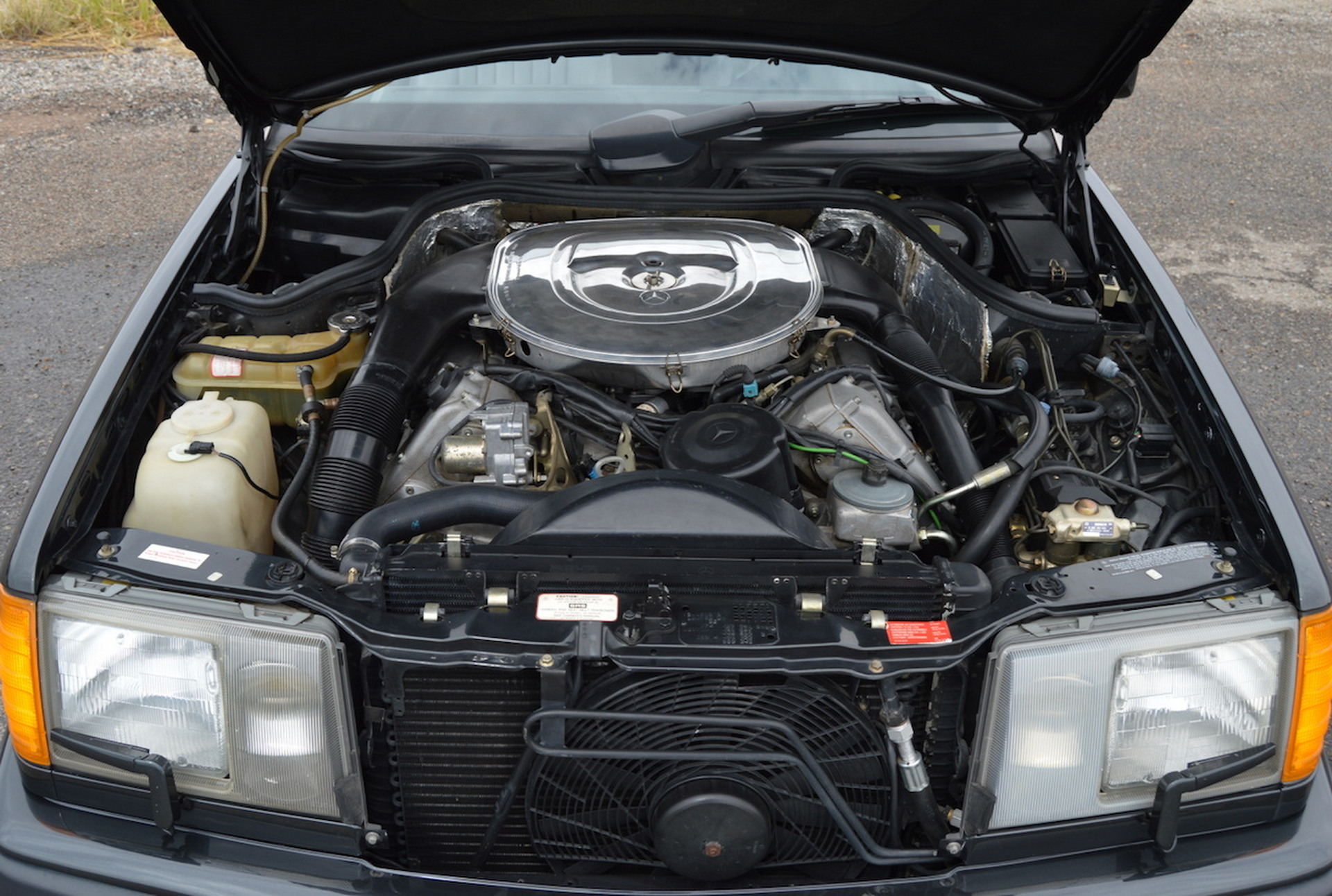 To look at this car you’d think it had just rolled off of the production line too. The engine bay looks so clean that you could dine off of it. The interior also appears immaculate despite having 19,417 miles (31,248 km) on the odometer. According to the listing, the vehicle was stored for some 15 years prior to 2021 when it was restored to fully running condition.

It’s estimated that some 30 AMG Hammers were produced worldwide. This particular example was crafted in the USA specifically for the US Market. Of the 13 cars built for North America, just five coupes were made for the USA. That makes it one of the rarest classic Mercedes from this era.

The auction house, The MB Market, says that this is the “first time an AMG Hammer is being offered for sale via a U.S.-based auction or any online auction platform worldwide.” Considering its rarity, we wouldn’t be shocked to see it go for a hefty sum.