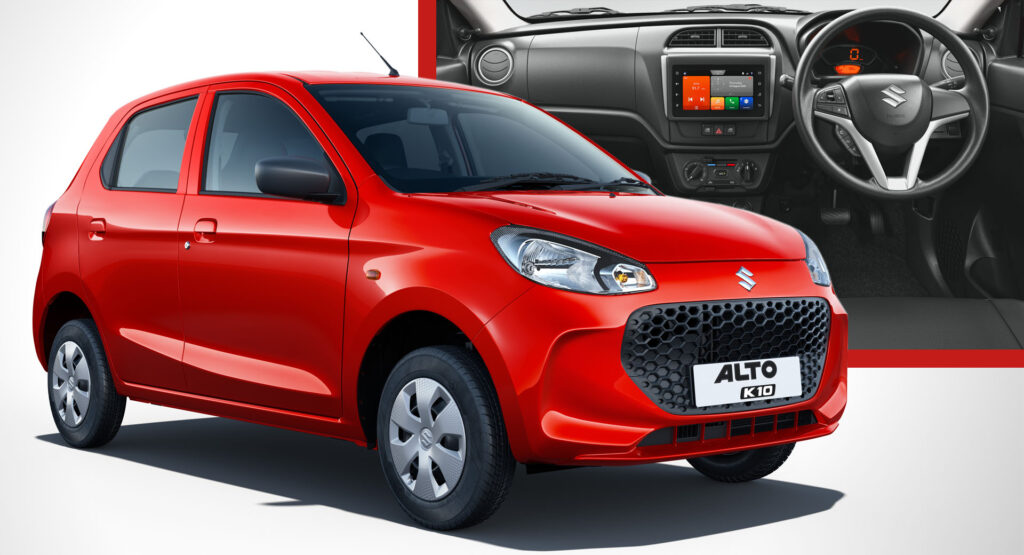 Maruti Suzuki launched the all-new Alto K10, a budget-friendly urban vehicle for the Indian market. The Alto K10 slots above the slightly smaller Alto 800, and below the Wagon R, Celerio, Ignis, Swift, and Baleno in that particular order. We should also note it is a different model from the Japanese-spec Alto, despite sharing the same name. 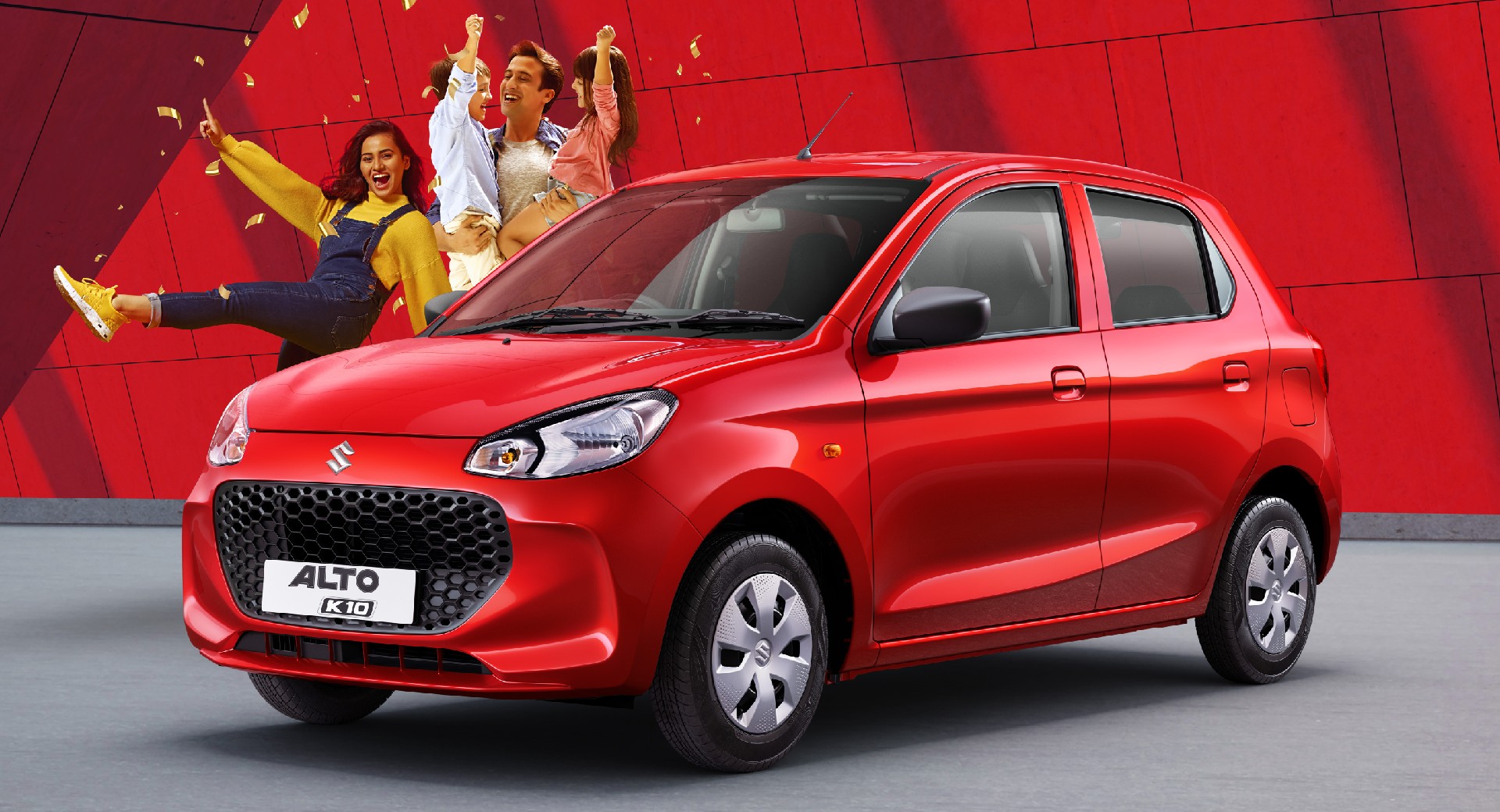 Visually, the new model adopts a more modern appearance, with softer lines and more curves than its predecessor. The front end is characterized by a large honeycomb grille and cute halogen headlights looking similar but less aggressive to the Hyundai i10. The profile has cleaner lines than before but doesn’t look as nice as the Celerio, while the tiny 13-inch wheels don’t help with proportions. At the back, Suzuki designer played safe with boxy taillights and a sculpted rear bumper mirroring the front end. The model is offered in six colors, with two optional accessory packages – the Impacto featuring colorful touches and the Glinto coming with chrome accents.

The interior is modernized although the budget-friendly nature is still evident from the hard plastics. The 7-inch infotainment touchscreen is a nice upgrade with navigation and plenty of connectivity features such as Apple CarPlay and Android Auto. The steering wheel is sourced from the Celerio, the instrument panel has a digital speedometer, and the audio system has four speakers. The cabin looks roomy for the vehicle’s footprint, with five seatbelts although the limited width makes it more fitting for up to four adults. The safety kit on the other hand is quite basic, with dual airbags, ABS, EBD, reverse parking sensors, and auto door lock. 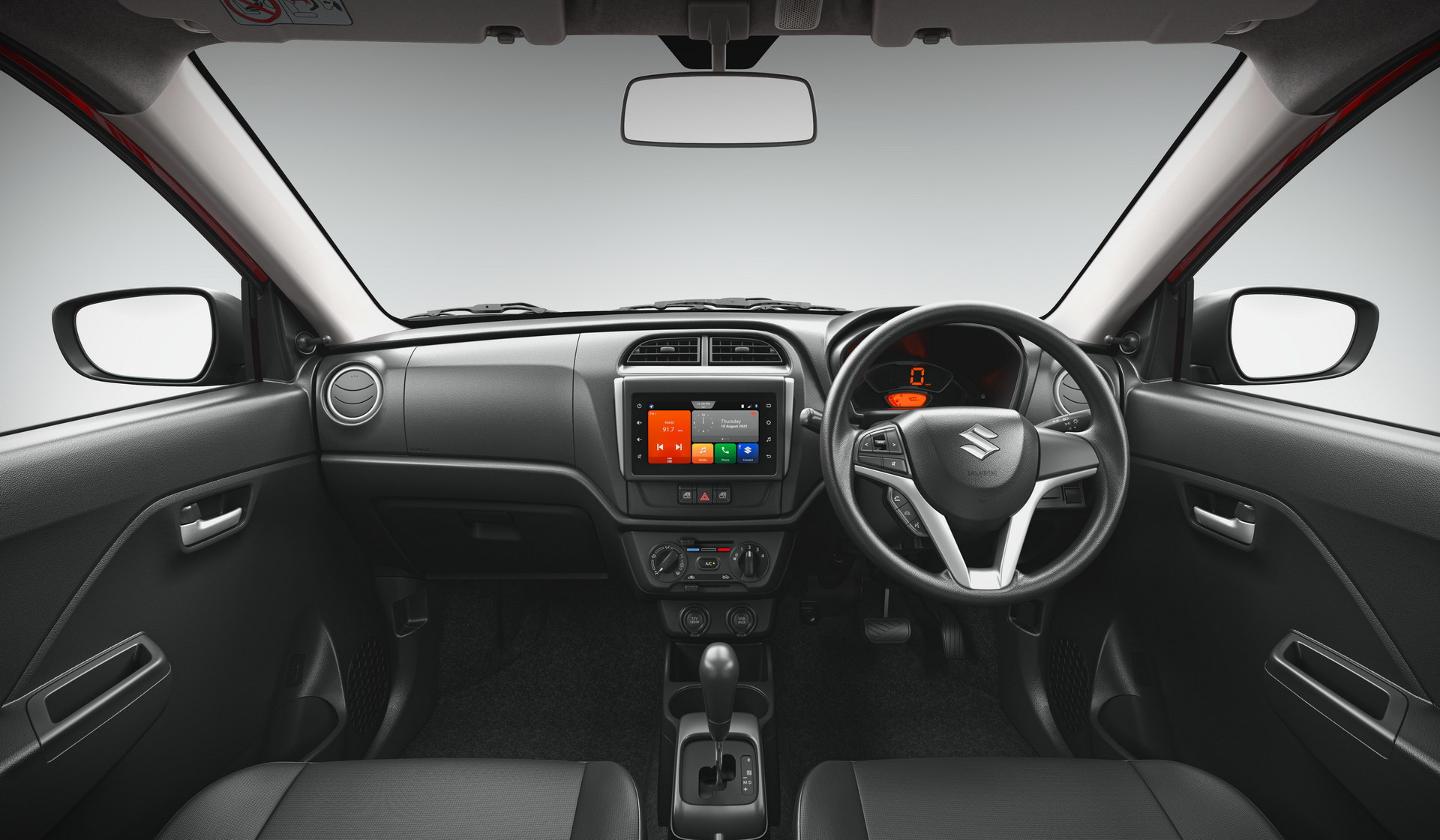 More importantly, the Alto K10 has now moved into the Heartect architecture which underpins most Suzuki models, making it safer and more technologically advanced than its predecessor. Under the bonnet lies the latest version of the 1.0-liter K-Series petrol engine that produces 66 hp (49 kW / 67 PS) and 89 Nm (66 lb-ft) of torque, just like in the Celerio. Power is transmitted to the front axle through either a five-speed manual or an AGS automatic gearbox.