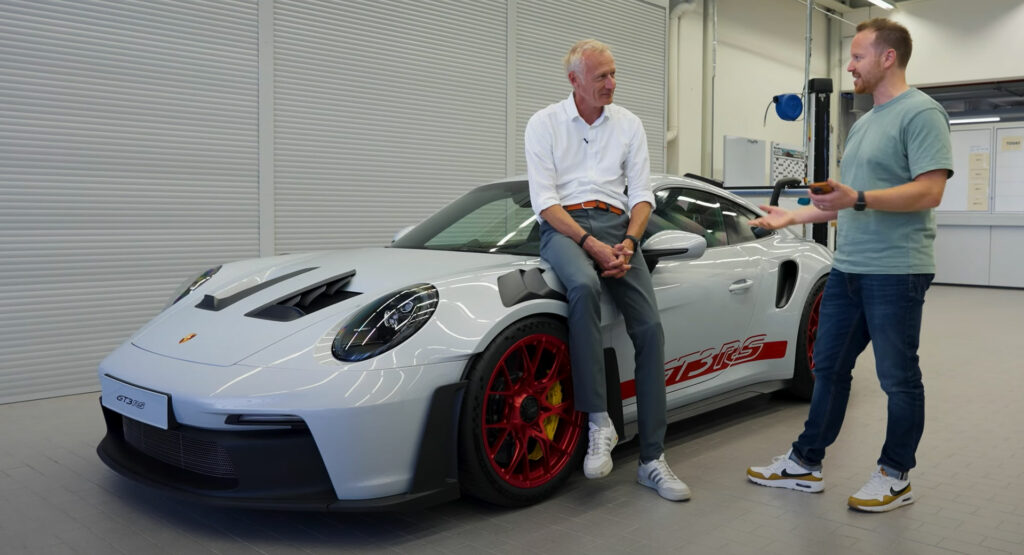 The 2023 Porsche 911 GT3 RS has been described by Porsche GT boss Andreas Preuninger as a real race car for the road and after watching these two videos from Top Gear and Carfection, you may start to understand why.

Porsche’s 911 GT3 RS models have always had a keen focus on providing the ultimate in on-track performance but with the 992-generation model, the German car manufacturer has created a car that is even more focused on the track. However, that’s not to say that it can’t be driven on the street.

Powering the new 911 GT3 RS is a 4.0-liter naturally aspirated flat-six borrowed from the standard GT3. Numerous changes have been made to this engine, including the fitment of hotter cams, different cylinder heads, and a new intake system. It pumps out 518 hp and is coupled to a seven-speed dual-clutch transmission as standard.

Speaking with Top Gear, Preuninger says that the new GT3 RS will be significantly faster around the Nurburgring than the GT3 but that the automaker has not yet had the opportunity to set an official ‘Ring lap time in the car. Preuninger also reveals that through some high speed corners and with the available Cup R tires, the new GT3 RS is actually faster than a current GT3 Cup car on slick tires.

The aerodynamics of the car also play a key role in making it so fast. Indeed, the RS produces 902 lbs (409 kg) of downforce at 124 mph (200 km/h), three times more than the GT3. Downforce jumps to 1,895 lbs (860 kg) when the car is driven at 177 mph (285 km/h). Much of this downforce is generated by the towering rear wing which also incorporates an advanced Formula 1-inspired DRS system.