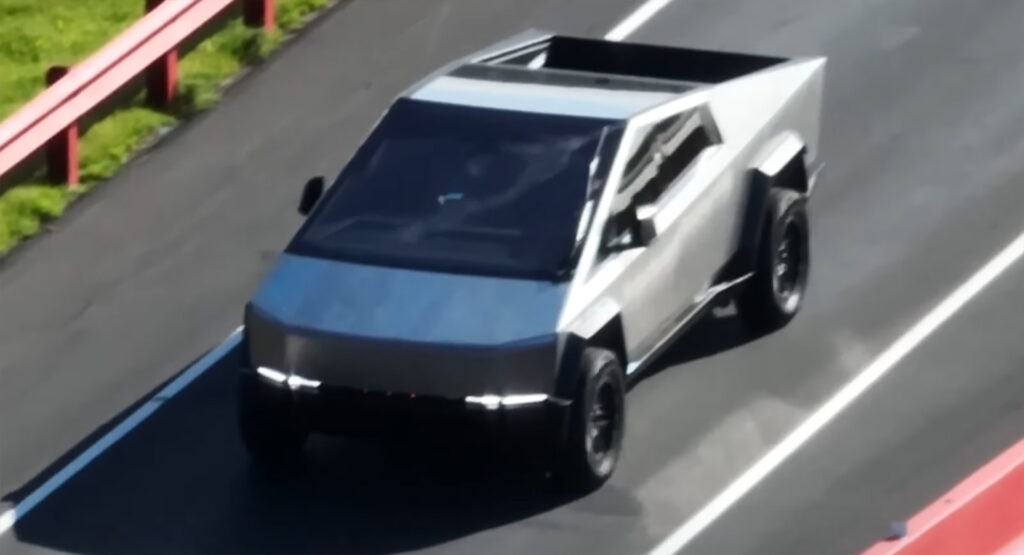 The Tesla Cybertruck is getting closer and closer to production readiness, and now, the electric pickup was recently spotted lapping a track. The track in question is the test track at Tesla’s Fremont factory, and the truck can be seen sporting production-spec side view mirrors as well as the singular windshield wiper on the side of the windshield.

The vehicle is also devoid of its aero wheel covers, something else we know to be associated with the production Cybertruck. Another change from the truck’s original form includes more rounded edges in order to meet pedestrian safety requirements. The truck looks to be lapping the track with some pretty decent speed, which would be in line with Tesla’s original goal of making the Cybertruck a pickup that has performance on par with some sports cars.

Nevertheless, after being delayed a number of times, the Cybertruck is now expected to begin production by the end of 2023. Compare that to their original projected launch of 2021, and it makes you wonder if Tesla will be too late to the electric pickup truck party.

The original Cybertruck promised some pretty enticing features, but since it was announced, other impressive vehicles such as the Ford F-150 Lightning, GMC Hummer EV, Rivian R1T, and Chevy Silverado EV have either already hit the market or will do so before Tesla’s offering. Many of these trucks offer a lot of the same performance, range, and party tricks, if not more, which could spell bad news for Tesla if they don’t get their act together.