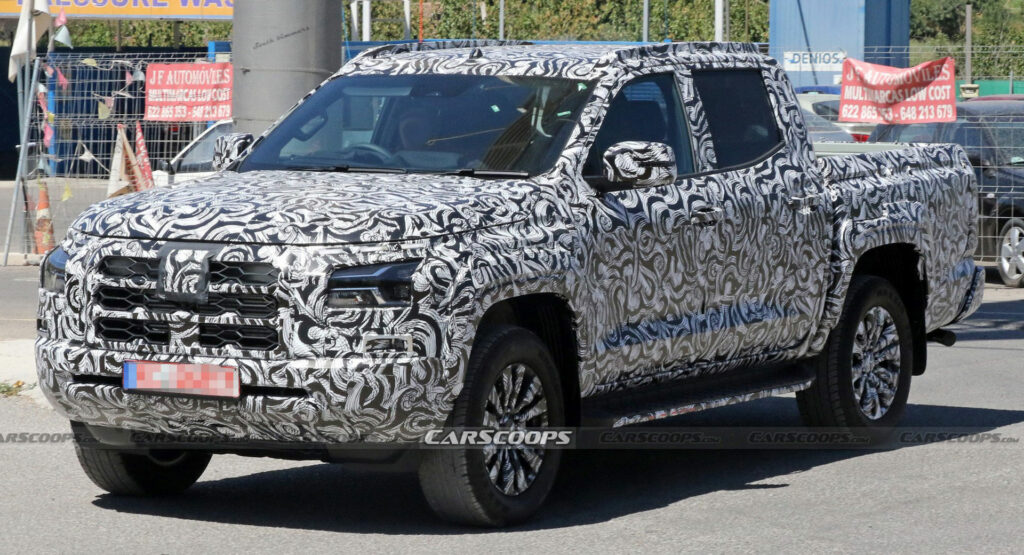 The camouflage is slowly starting to come off the redesigned Mitsubishi L200 / Triton as spy photographers have snapped new pictures of the truck.

While the model is still heavily disguised, as even the wheels and side steps sport camouflage, we can get a better look at the truck’s front end which appears to be loosely inspired by the Outlander.

As you can see, the model features a two bar grille with a mesh insert. It’s flanked by sizable headlights that feature integrated chrome accents. They’re joined by high-mounted LEDs and small fog lights. 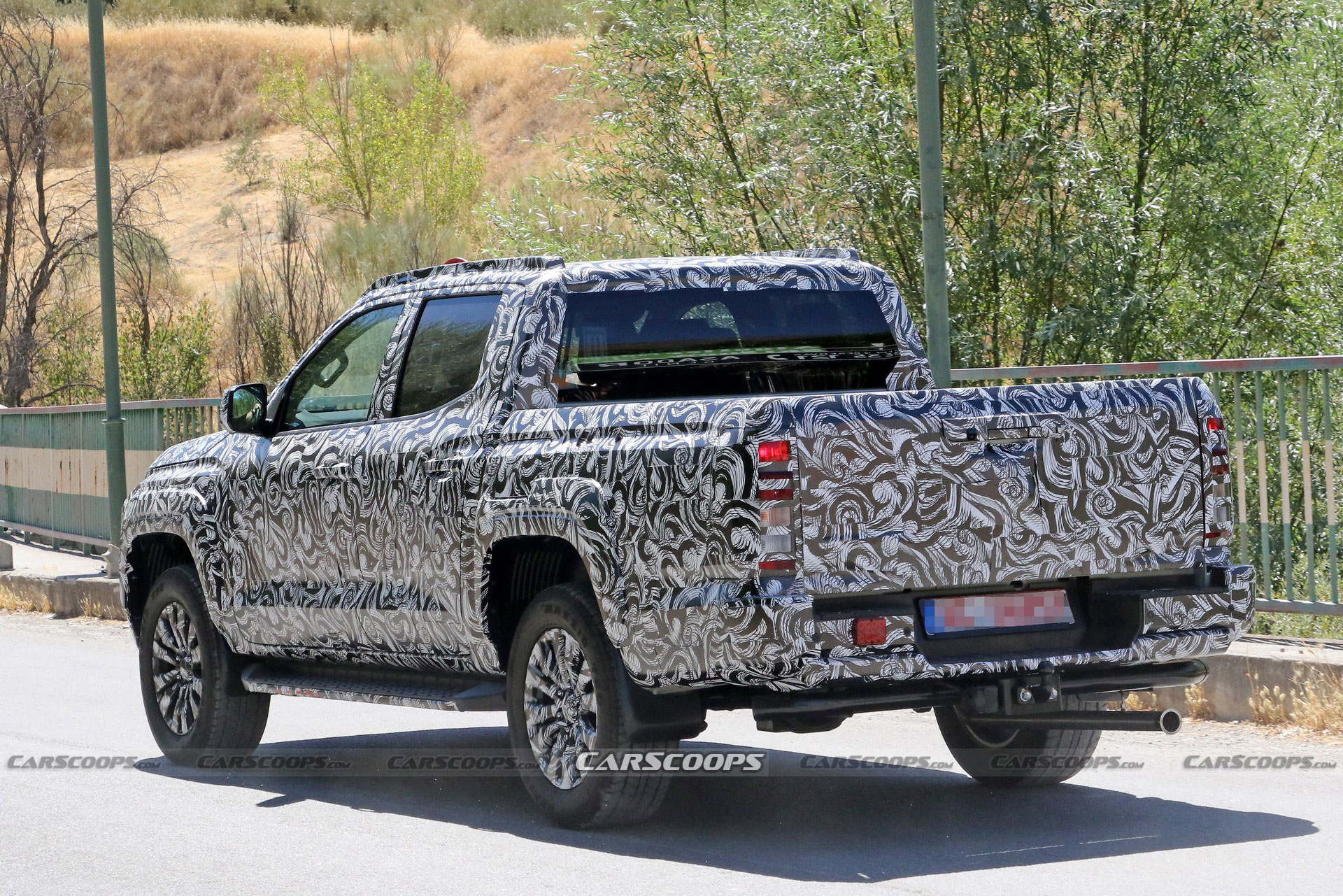 Elsewhere, we can see a curvaceous front bumper and a rounded hood. These give the truck a softer appearance, but the L200 / Triton is still pretty rugged as its sports pronounced fender flares. Designers also gave the truck a prominent shoulder line, an evolutionary greenhouse, and a longer wheelbase that should result in a more accommodating cabin.

Out back, there’s a modernized rear end that eschews some of the odder styling elements found on the current model. In particular, the tailgate is now the same height as the bed and the taillights appear more traditional. We’ll also point out the musket-like exhaust, which is thankfully only temporary.

Mitsubishi hasn’t said much about the truck, but it’s expected to have a lot in common with the next-generation Nissan Navara. While details remain scarce, we can expect an assortment of diesel engines as well as possible plug-in hybrid power.