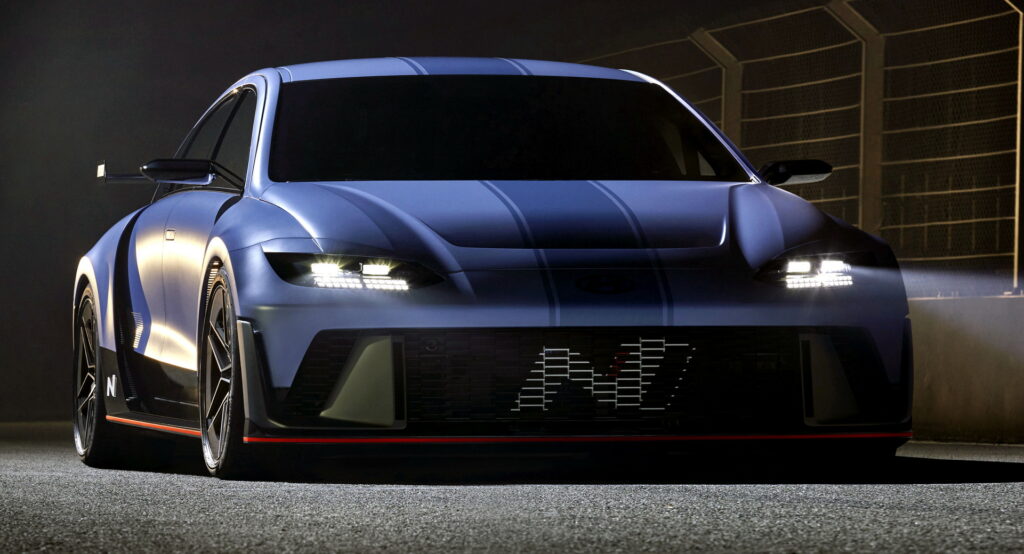 Hyundai has been building steam as one of the most improved car companies over the last decade and it’s only getting stronger. Today, the Korean brand has announced two new rolling lab concepts that signal the future of performance at Hyundai. The first, dubbed the RN22e, is an all-electric monster with some 576 horsepower (430 kW) and 545 lb-ft 740 Nm) of torque.

Those motors are powered by a 77.4 kWh battery pack that’s built atop a 400- / 800-volt architecture. That should sound familiar to Hyundai and Kia fans as it’s the basis for the group’s Electric-Global Modular Platform (E-GMP). The RN22e which itself is packaged in the body of the upcoming IONIQ 6, is the very first time that Hyundai has used the E-GMP platform for a rolling lab project and it looks like a real winner from what the brand is telling us.

First of all, it’s equipped with all-wheel drive. A single motor sits at each axle. Hyundai says that it utilizes torque vectoring “by twin clutch” though they don’t specify exactly how that works in the case of the RN22e. Drivers in the car can actually choose the torque split between the front and rear axles through a drive mode selector. Once you’ve used up the battery, Hyundai says that it’ll charge from 10 to 80 percent of capacity in under 18 minutes.

The brand is hoping to cement itself even further as a serious performance vehicle builder as the transition to electric vehicles takes hold. “N is moving forward to set new standards in sustainable high performance. We enthusiastically start this new chapter of electrified high-performance and will pursue this goal by using our creativity, engineering expertise and competitive spirit,” said Till Wartenberg, the VP of N Brand Management at Hyundai. 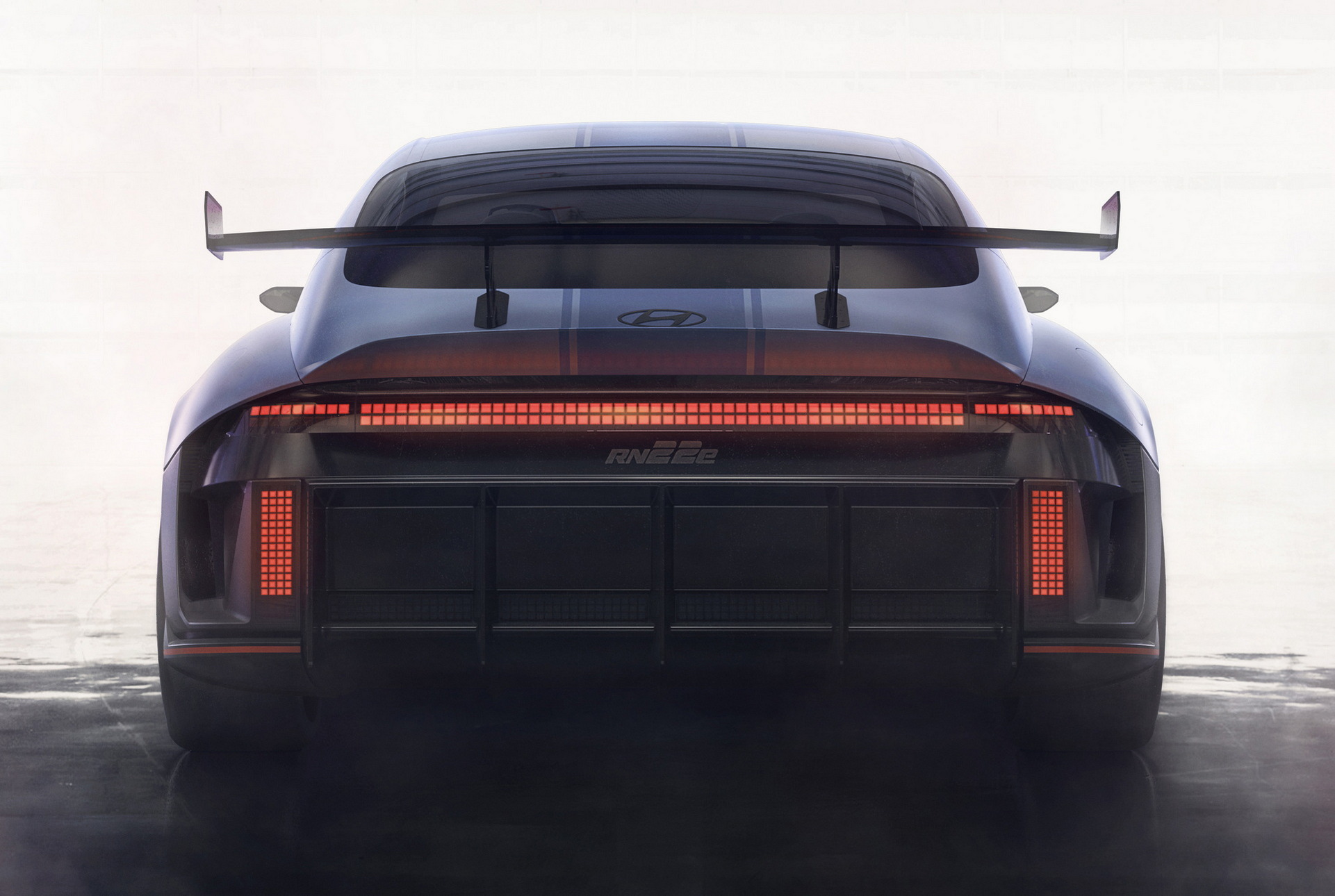 Somewhat interestingly enough, the RN22e also tries to provide some of the ferocity that can be missing from EVs. To do so it pipes in “N Sound+, which generates sound from the interior and exterior speakers, for a dynamic driving feel.” Hyundai even goes so far as to add in fake shift vibrations.

Former RM (Racing Midship) concept vehicles have led to major technological advancements in Hyundai road cars. For example, the Veloster N and the Elantra N utilize a special trick differential that limits torque steer and oversteer while also helping the car get out of corners quicker. That component was first seen in an RM concept car.

Hyundai says that “Both RN22e and N Vision 74 will continue to be tested and verified by Hyundai’s engineers, so future N road cars can be equipped with their advanced technologies.” so don’t expect the RN22e to ever be a production vehicle, but much of its tech could very well make it to the road.