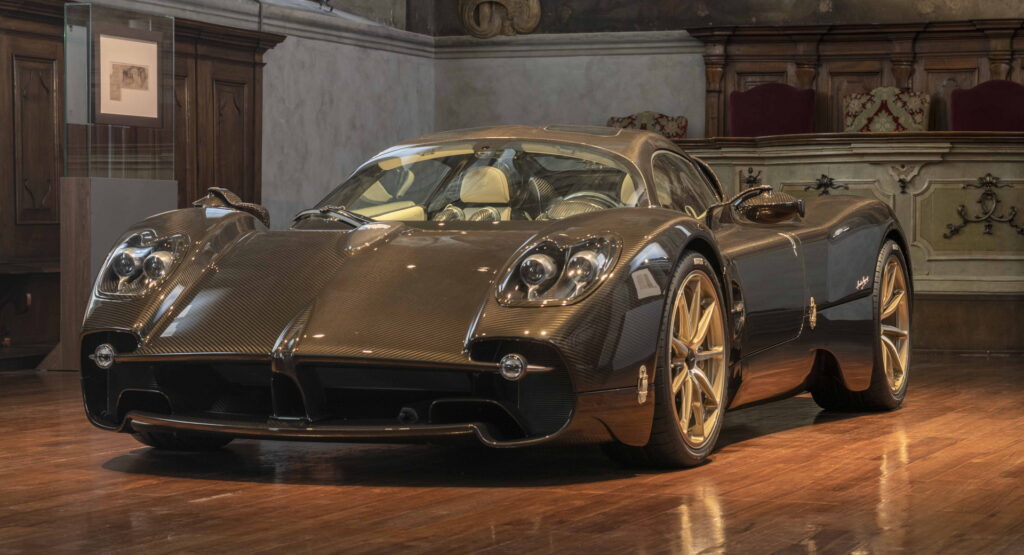 Pagani yesterday unveiled the latest addition to its stable, the Utopia. An ode to the old-school, the hypercar was inspired by the work of Leonardo da Vinci, and now it is making its public debut next to the legendary artist’s works.

The Utopia is being shown at the Italian National Science & Technology Museum in Milan, which hosts the Leonardo Galleries, the world’s largest permanent exhibition on da Vinci, who lived in the city during the renaissance.

“The presentation of our new car in the extraordinary setting of the National Science & Technology Museum in Milan has a special significance,” said Horacio Pagani, founder of Pagani Automobili. “[Da Vinci] has been a huge influence in my life since I was a boy, he is the inspiration for the fundamental concepts of Art and Science that guide our work. So to be in the museum that bears his name and to have his original drawings next to our car is a truly indescribable emotion for me.” 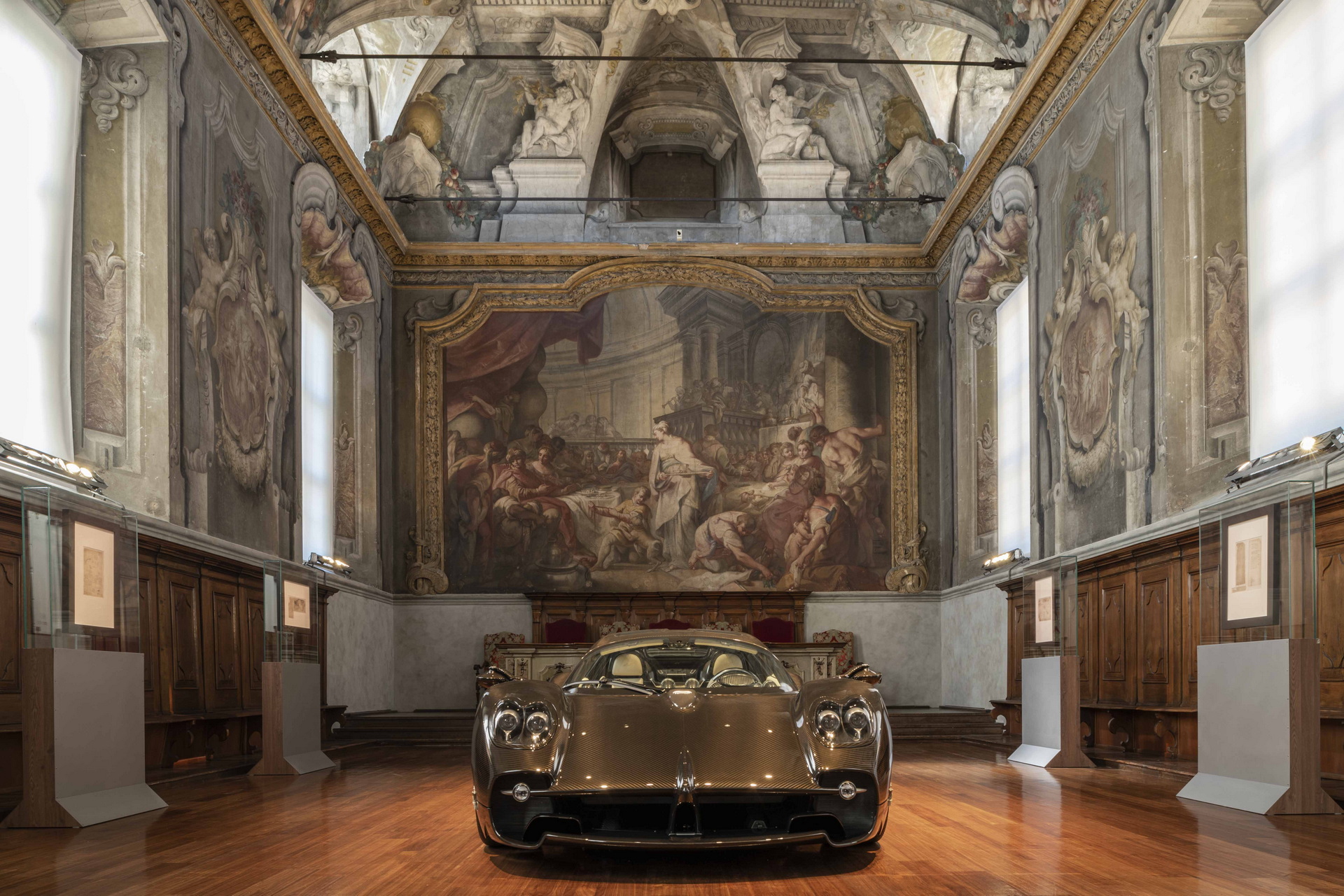 The drawings will leave the biblioteca’s vaults for the exhibition, which is being called “The shape of air: From Leonardo to Pagani Utopia.” The special event will allow visitors to trace the creation of the Utopia, from the sources of inspiration for the first sketches, to the color palette, and the materials used.

The exhibition then flows into the Sala del Cenacolo where visitors will be allowed to see Pagani‘s latest hypercar. The bare carbon version of the Utopia will be surrounded by very special da Vinci drawings. 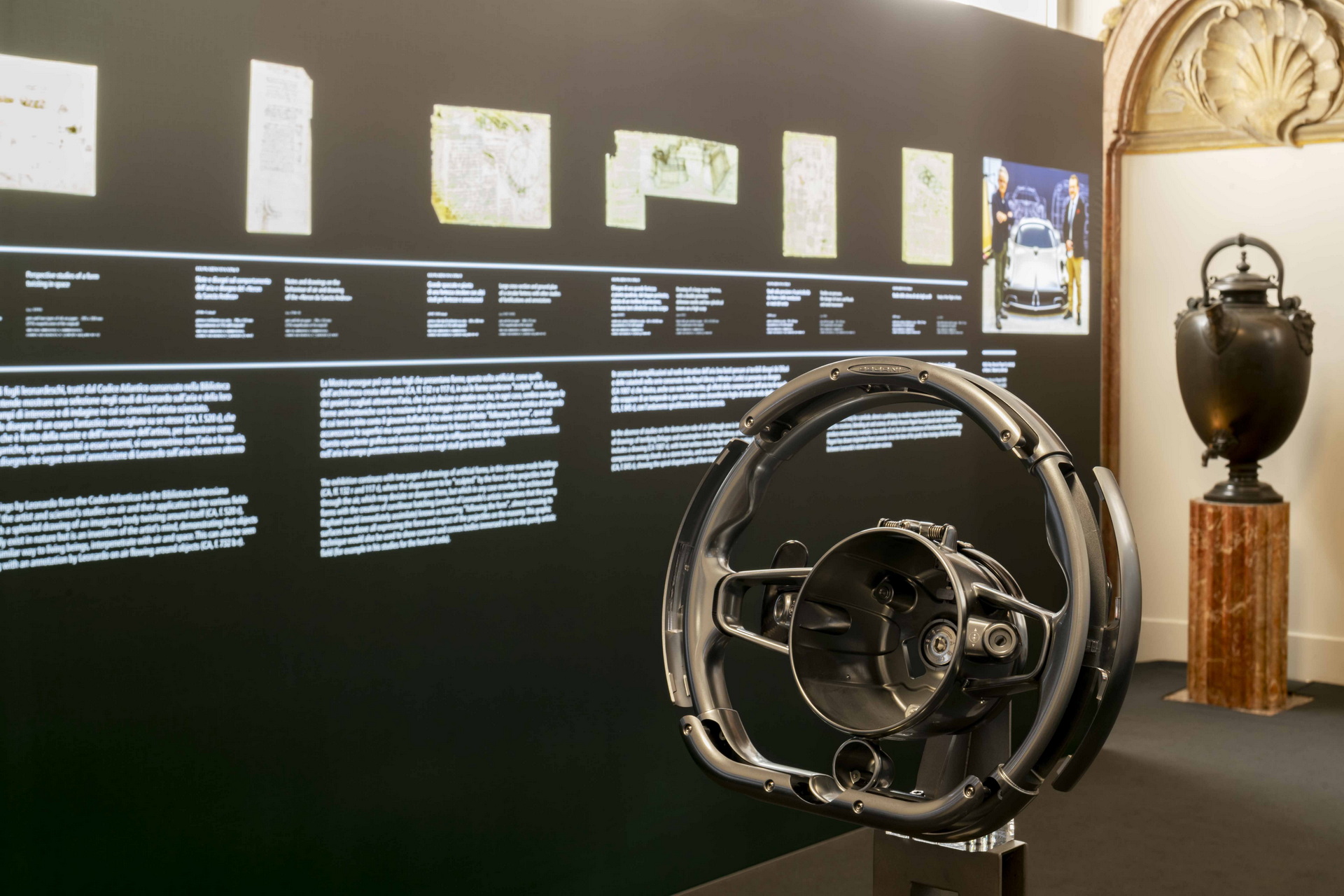 For this special exhibition, curated by Pagani Automobili and Pietro C. Marani, a leading expert on the da Vinci, a special addition has been made to the museum. On loan from the Biblioteca Ambrosiana will be six original drawings of da Vinci’s studies on air.

“A thread links Leonardo’s observations and his insights into aerodynamics with the creations of Horacio Pagani,” comments Pietro C. Marani. “It’s as if the designer had finally given concrete shape to what Leonardo simply intuited about the way the air ‘forges’ and sculpts forms, which you can see, for example, in the two drawings of fortresses in the exhibition.”

Along with the Utopia, the museum will also play host to a 1999 Pagani Zonda C12 and a 2011 Huayra Coupe, which tell the story of the nearly 25-year-old company. Guests will be greeted by the sound of a commissioned symphonic work, written by the Milan Conservatory, based on compositions written for the piano by a young Horacio Pagani.