After Maserati introduced the Ghibli coupe at the 1966 Turin Motor Show, it quickly became a darling of the jet set and demand soon arose for a convertible version. Only too happy to oblige, the automaker commissioned this prototype from Ghia.

The first of just 125 examples built, this Maserati Ghibli Spyder bears the chassis number 1001 and features a few unique touches. Building off Giorgetto Giugiaro‘s stunning coachwork, this example differs from the eventual production vehicle in its door handles (which are mounted over recessed ovals) and its lack of external fuel filler caps (they are instead hidden in the trunk).

The rear deck lid is also longer on this prototype than on the production model, and it features a character line to improve rigidity. The radio antenna, meanwhile, is in a different spot than later models‘ and the badges are placed together on the driver’s side, rather than one on either side of the rear end. 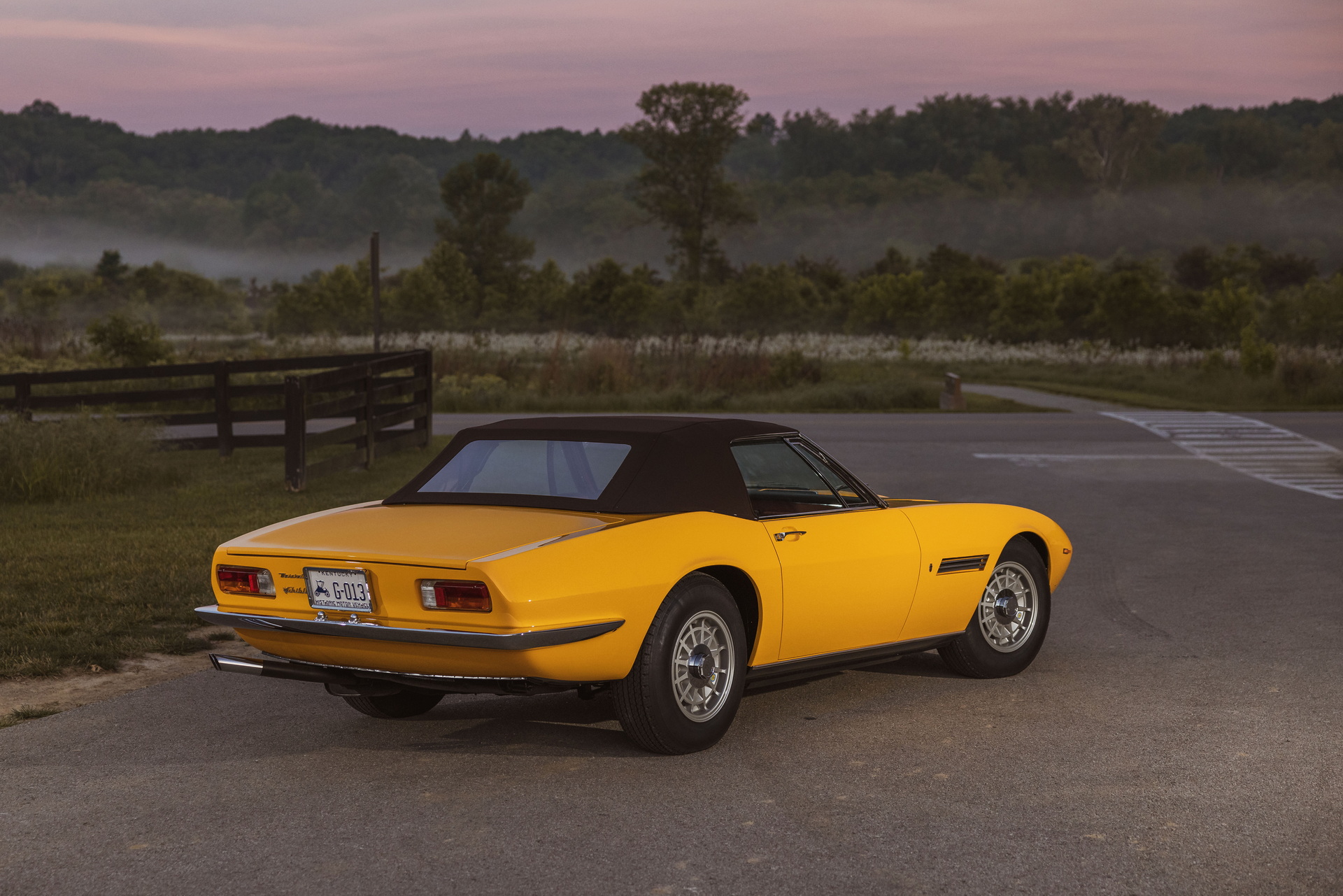 Mechanically, the car is similar to the production car, but its heads are built with extra openings that were intended to accommodate twin-spark ignition, a feature common to early examples of the 310 hp (231 kW/314 PS) 4.7-liter V8, though it’s believed that no cars were ever actually equipped with it.

Despite not looking exactly like the eventual production version of the Ghibli Spyder, many in the public were made familiar with this particular example thanks to its public appearance at the 1968 Turin Motor Show and its features in Quattroruote and Road & Track.

The car was brought to America in the ’70s, and by the ’80s it was held in long-term storage. That meant that it was always in reasonably good condition, though some modifications were made over the years, like the installation of rearview mirrors and speakers. 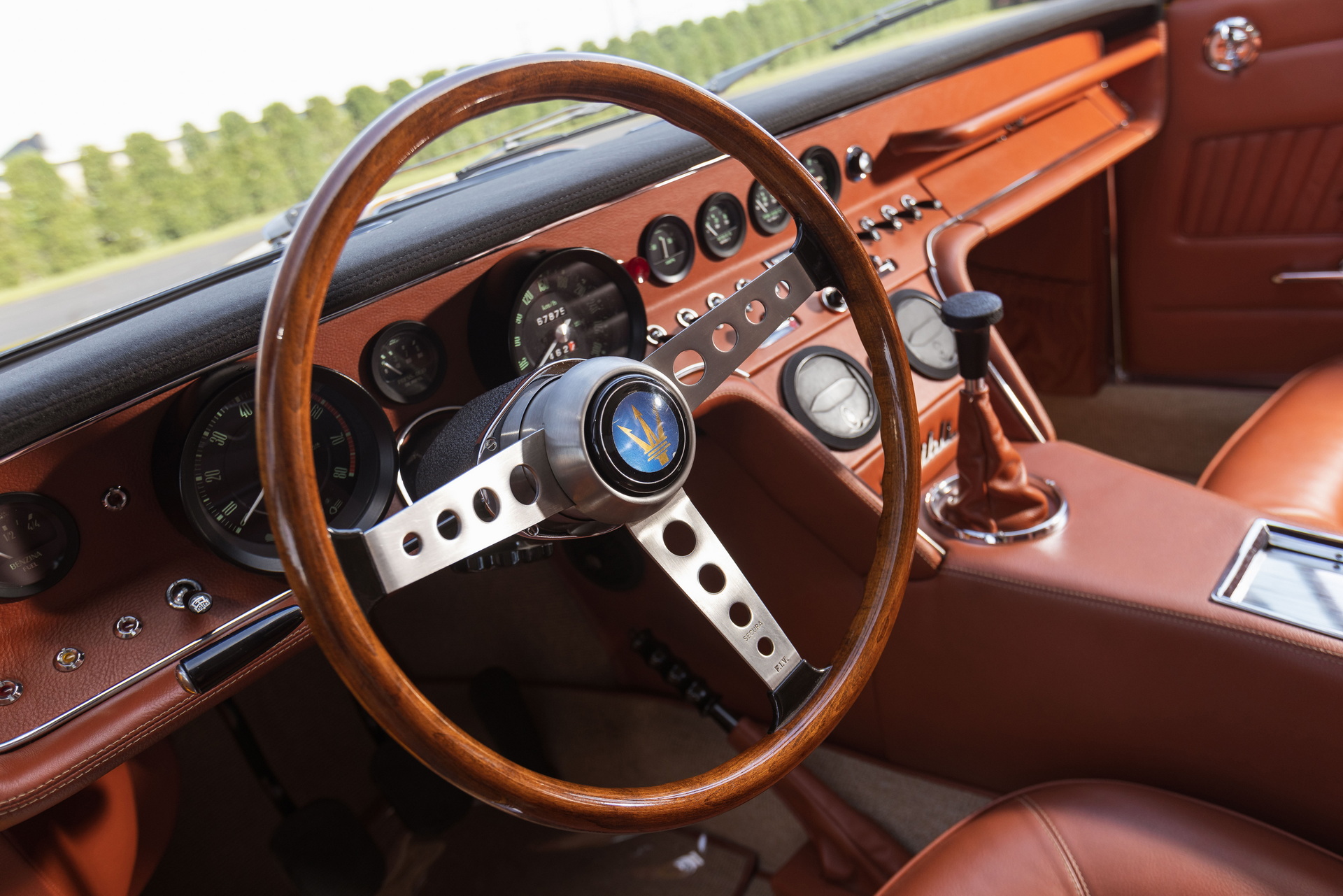 In 2018, though, it was sold at RM Sotheby’s Monterey sale and the new owner sent it to RM Auto Restoration for a full refurbishment. The restoration included a full rebuild of the engine, the Weber carbs, the distributor, and the transmission, as well as the brakes and suspension. The radiator was re-cored and a new wiring harness, water pump, and hoses were installed.

The dashboard, meanwhile, was recovered with proper mousehair fabric and new brown carpeting was installed. The seats and interior were reupholstered in Maserati brown leather, the windshield was replaced and sealed, the Campagnolo alloy wheels were refurbished, and they got new Pirelli Cinturato tires.

The body, too, was taken down to bare metal and refinished in the correct Giallo paint while the soft top was rebuilt and re-trimmed with new brown canvas, and all of the brightwork was restored to make the car present as new. As a result of its $422,000 restoration, estimates suggest that it will sell for between $1,250,000 and $1,600,000 at RM Sotheby’s Monterey auction on Friday, August 19.