The Xpeng P7 Works Beautifully As A Shooting Brake

These are independent renderings by Sugar Design and are not related to nor endorsed by Xpeng.

In a world where so many new cars look alike, China’s Xpeng P7 represents a breath of fresh air, looking unlike anything else before it and really standing out on the road. It is only sold as a sedan but that hasn’t stopped Sugar Design from rendering it as a Shooting Brake.

In transforming the shape of the EV, the designer has left the front end untouched but has lowered the car, giving it a striking new look and adding to its road presence. Of course, the main modification is the revised shape.

The roofline has been extended and the rear side windows have grown in size. A small rooftop spoiler has then been fitted alongside a steeply raked rear window and a small lip spoiler above the full-width LED light bar. In sedan guise, the decklid of the P7 is very short, resulting in a somewhat bulbous look that can look a little odd from some angles. The Shooting Brake variant’s rear looks much nicer, at least to our eyes. 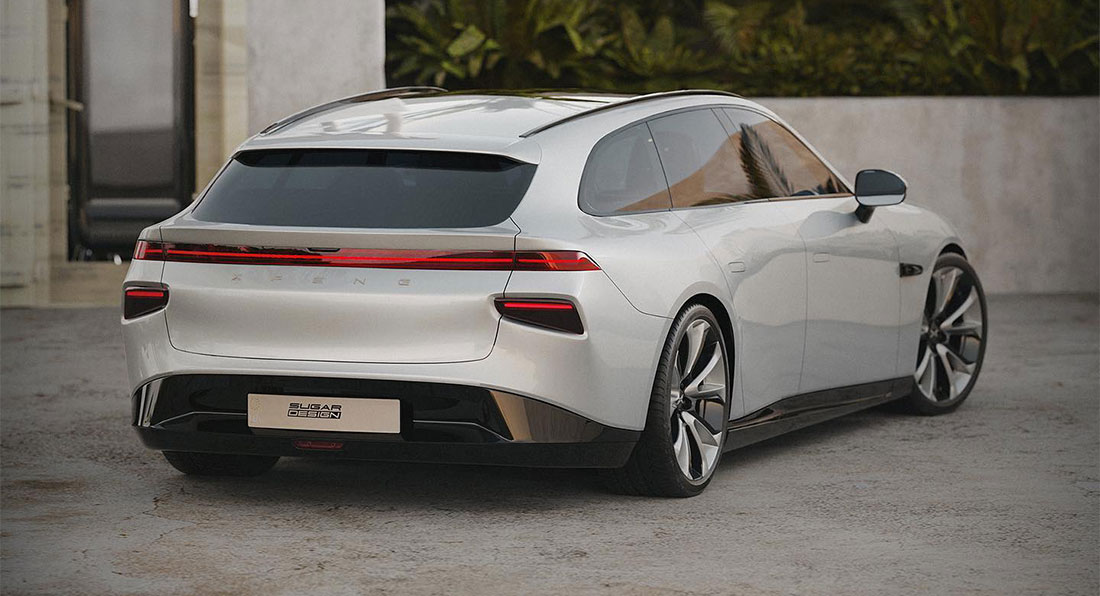 There’s no indication that Xpeng itself is planning a Shooting Brake version of the P7 but we wouldn’t put it past the automaker. After all, it does offer the P7 with Lamborghini-inspired scissor doors so obviously isn’t afraid of tweaking the sedan’s design for maximum impact.