High-tech features are becoming an important factor in sales of new cars, but as automakers rush to get the latest and greatest tech into the field, they aren’t all succeeding at the same rate.

According to J.D. Power’s 2022 Tech Experience Index (TXI) study, few aspects of a vehicle have as much variation between automakers as technology in terms of problems per 100 vehicles (PP100). For instance, the rate of problems for rear seat reminder technologies spans from 1.2 PP100 to more than 10 times that, at 26.2 PP100 for the worst performing rear seat reminders.

That variation is important to an automaker because the risk of annoying customers with a bad technology can be doubly debilitating, according to Kathleen Rizk, the senior director of user experience benchmarking and technology at J.D. Power. She says that the risk of implementing a technology poorly can scare automakers away from innovating.

Read Also: Brand Loyalty Is Fading For Most Luxury Automakers 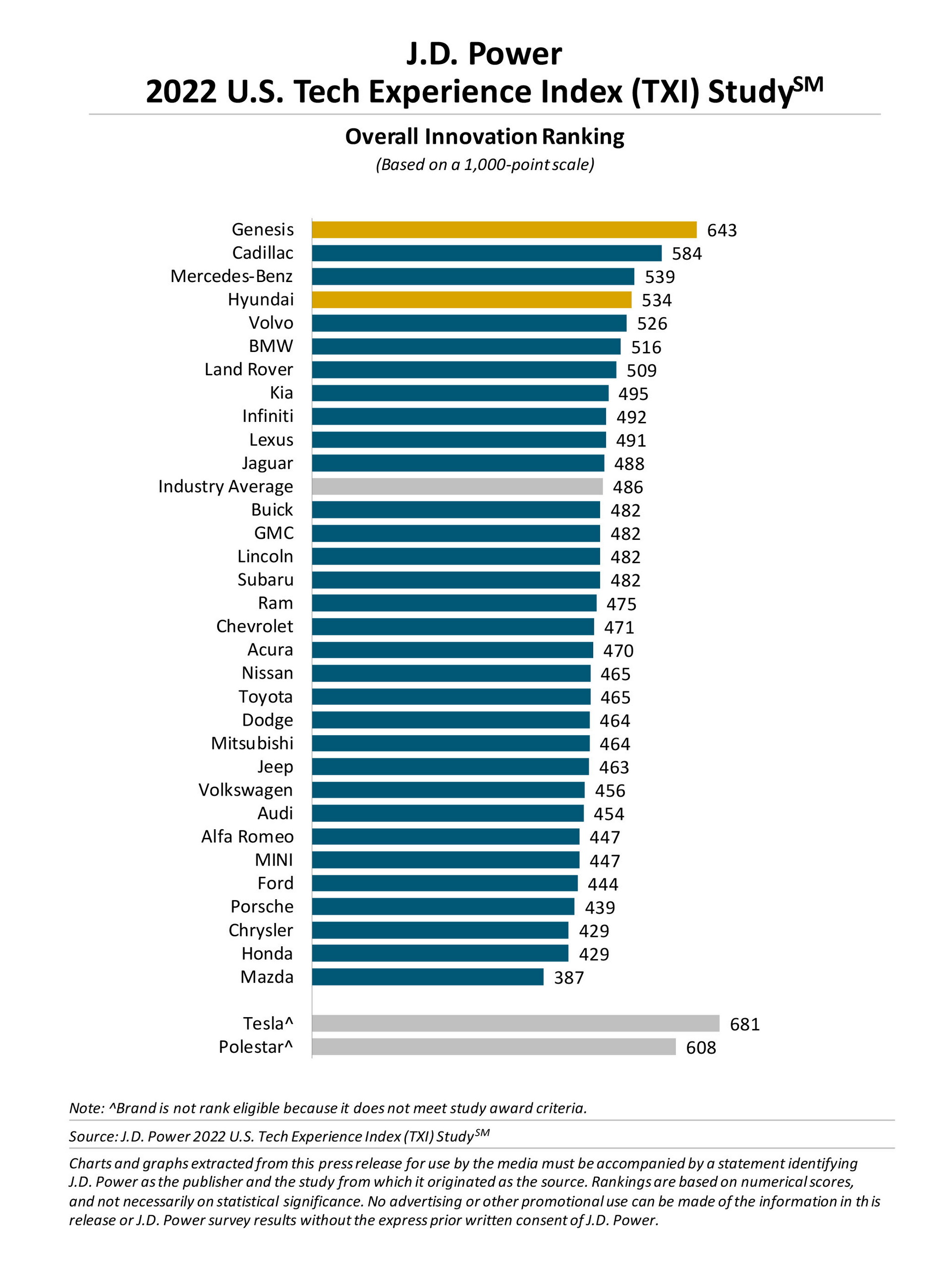 “J.D. Power transactional data shows that getting the right mix of technology features owners want is important to perception, profits and sales,” said Rizk. “When owners get the technology features they really want – and which meet their user-experience expectations – the results are positive, and those owners tell their friends about the experience.”

Technology features have very high overall PP100 scores, in general, but fingerprint scanners, included in the study for the first time in 2022, are the most problematic feature in the TXI’s history. With users experiencing 54.3 problems per 100 experiences, it is now the feature with the lowest user satisfaction in the TXI, overtaking gesture controls. Indeed, many owners simply do not want it in their vehicles, as a result of its poor performance, J.D. Power writes.

The research organization found, though, that dealers demonstrating how a technology works, especially if that technology is new, can have a big impact on how satisfied customers are with the tech. 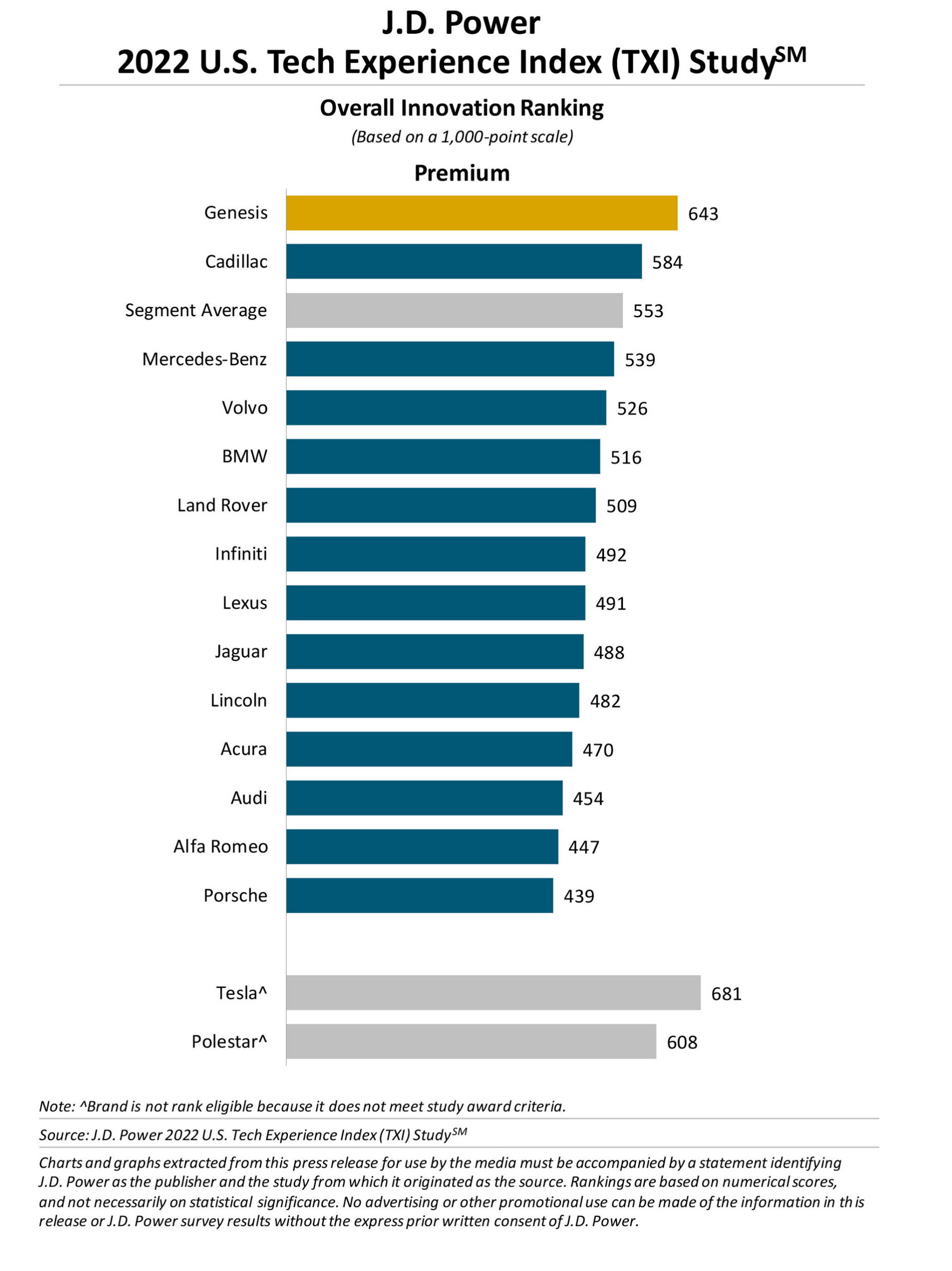 The brands implementing all of these lessons the best appear to belong to the Hyundai Motor Company. Genesis ranked the highest overall in J.D. Power’s Innovation Ranking (although it was beaten by Tesla, that company does not share customer data, and is, therefore, ineligible for awards). Hyundai, meanwhile, was the highest-performing mass market brand, leading premium automakers like Volvo, BMW, and Land Rover.

GM also performed well in the test, though, with Cadillac coming in second overall in the innovation ranking. Buick and GMC, meanwhile, ranked third and fourth (behind Hyundai and Kia) in the mass market segment.

The TXI tested 35 automotive technologies that were divided into four categories: convenience; emerging automation; energy and sustainability; and infotainment and connectivity. The study was based on responses from 84,165 owners of 2022 model year vehicles after 90 days of ownership. 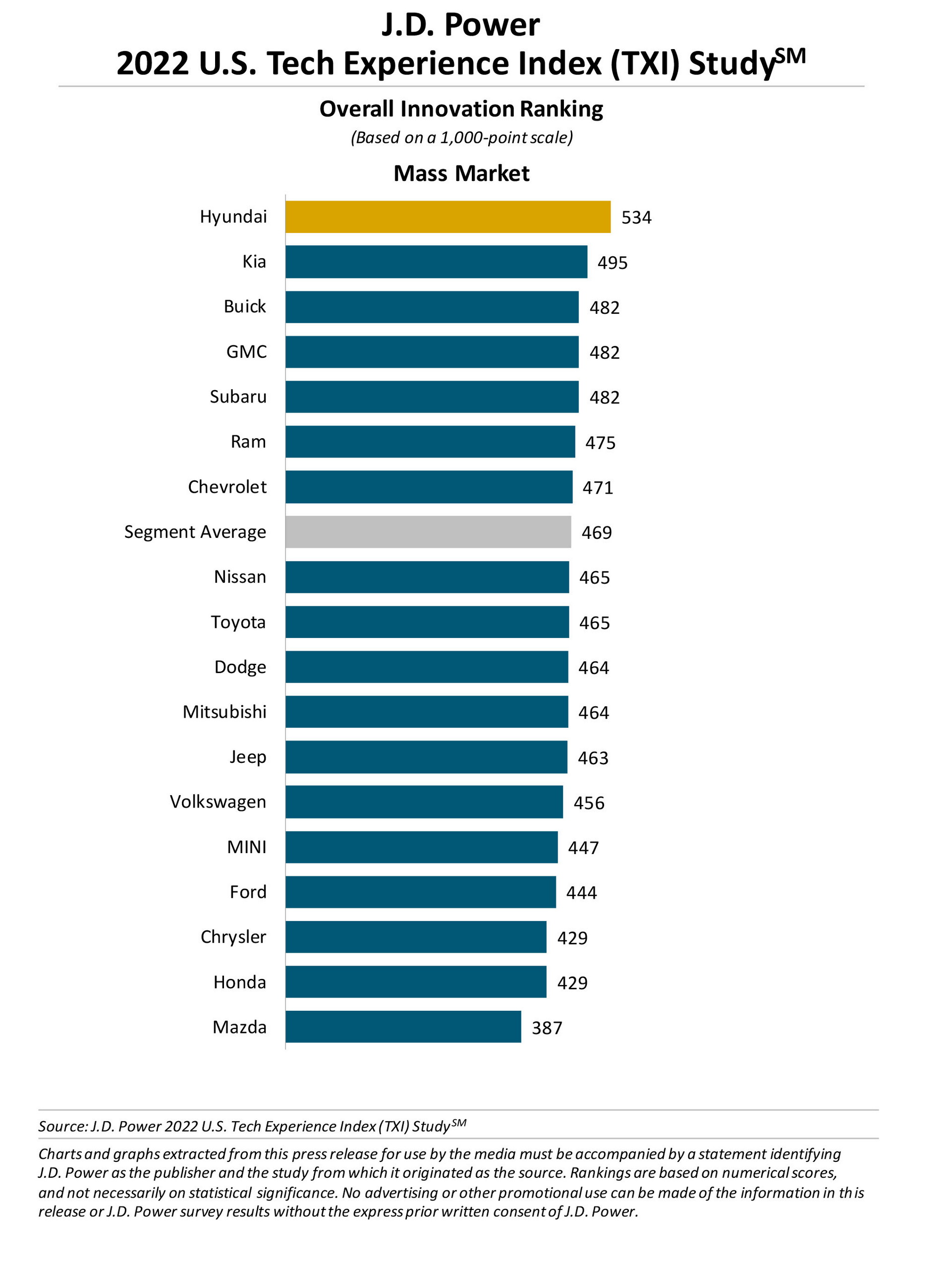 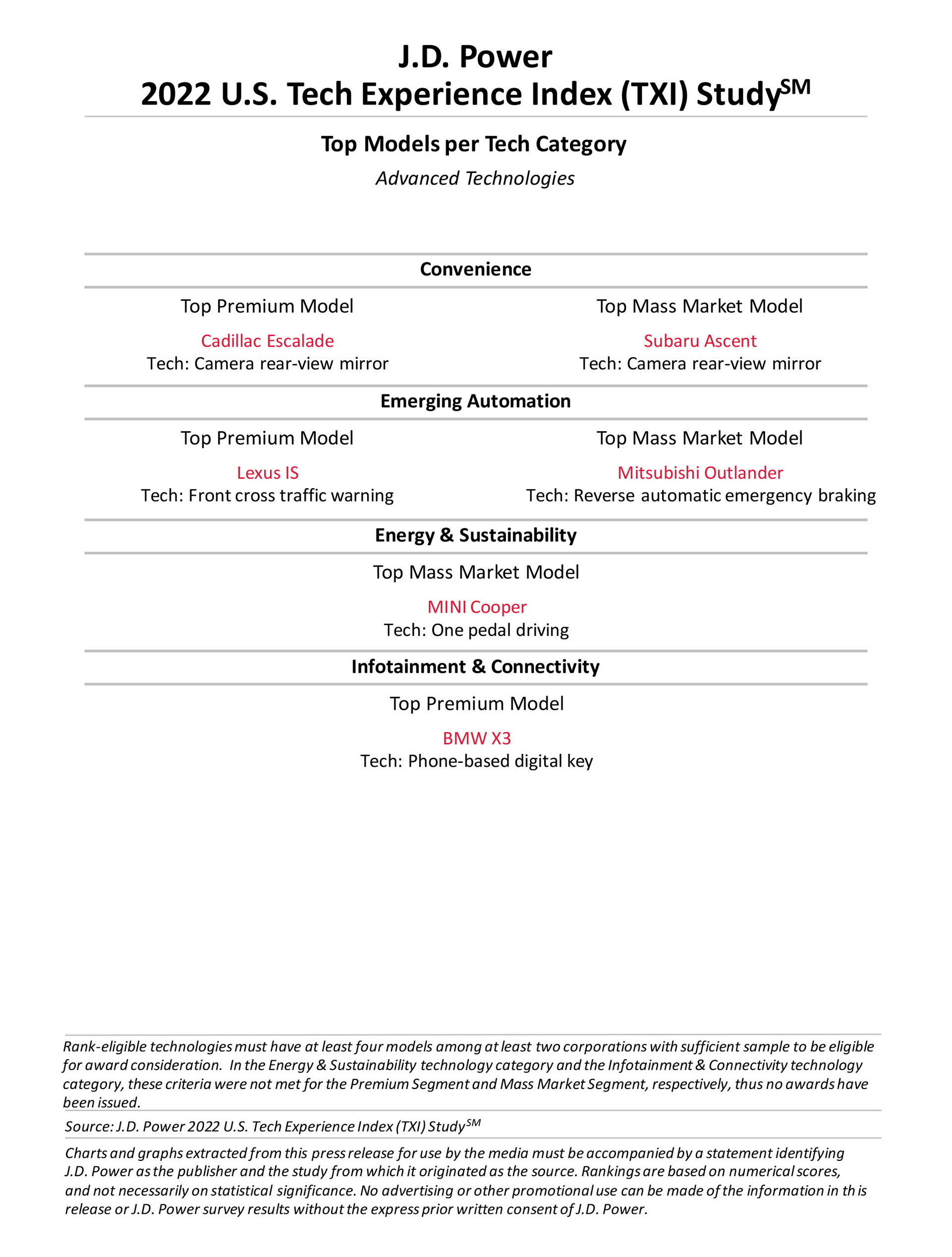