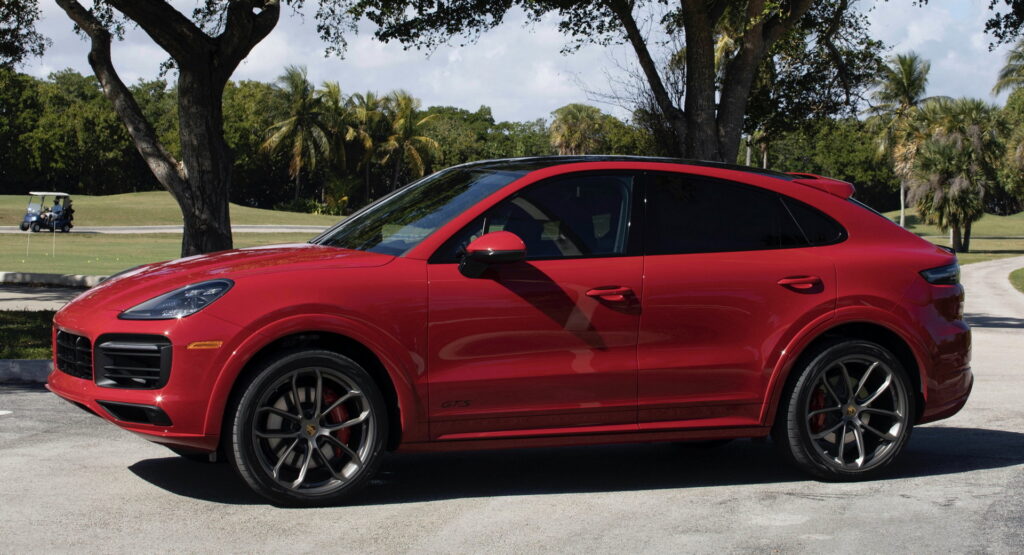 The prices of new vehicles continue to hold well above manufacturers’ suggestion as a new study has found that, on average, dealers are charging their customers 10 percent more than MSRP.

The research was conducted by iSeeCars, which looked at more than 1.9 million new cars sold in America between July 1 and September 7, 2022 and compared the sale price to the vehicles’ MSRP. Although it found that the average markup was 10 percent, some new vehicle buyers paid considerably more.

Customers were willing to pay the most over suggested retail price for the Jeep Wrangler and, on average, the popular SUV was sold for 24.4 percent over MSRP. That amounts to a markup of $8,433.

“As demand continues to exceed supply for these popular vehicles, dealers are adding market adjustments generally ranging from $2,000 to $10,000 on top of their MSRP, with markups being especially high for the V-8 Wrangler Rubicon 392,” said Karl Brauer, iSeeCars’ executive analyst.

Read Also: Dealer Markups Are Easier To Spot Thanks To A New Crowdsourced Website 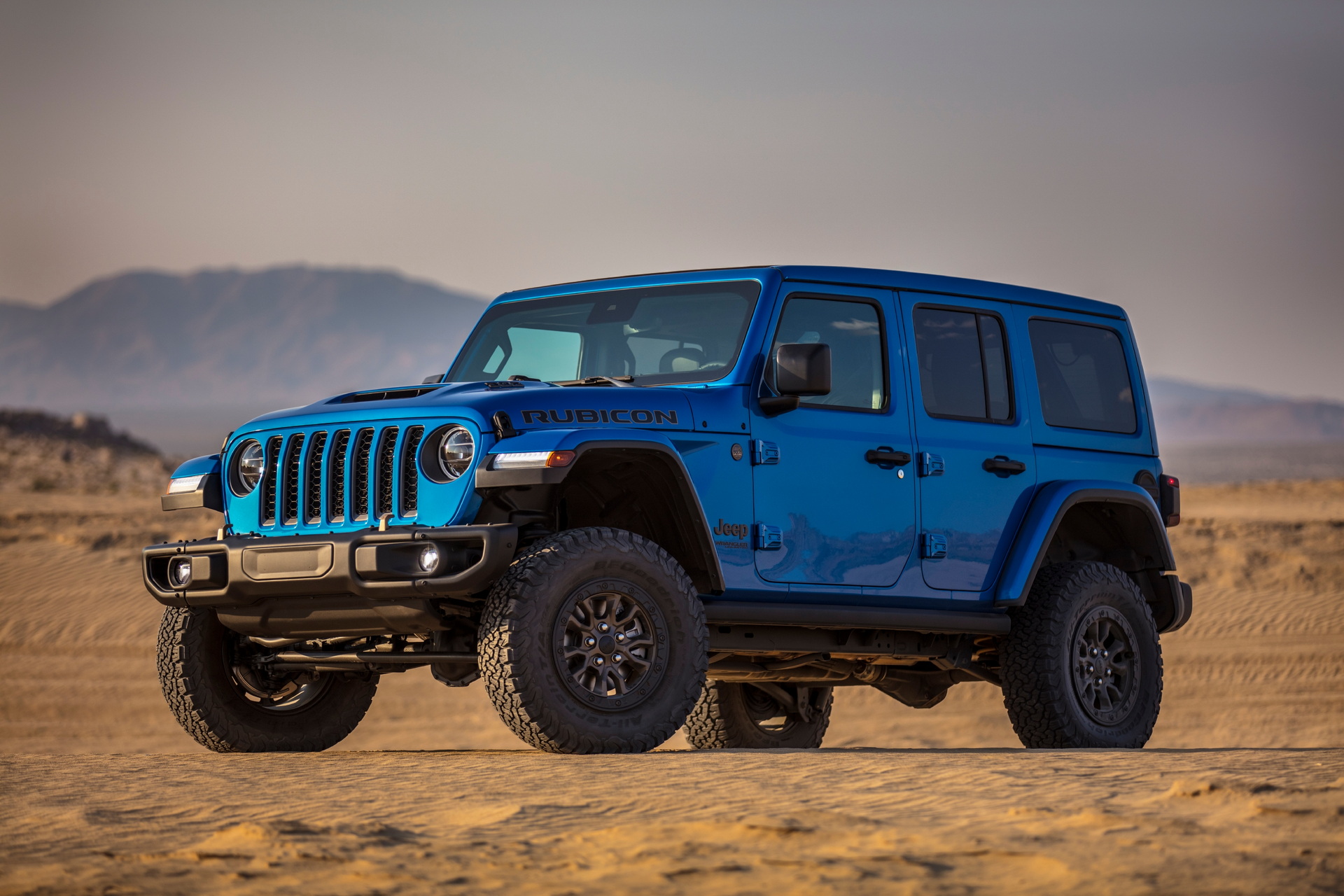 That compared favorably to the Wrangler’s latest competitor, the Ford Bronco. Its customers were also willing to paying 21.6 percent over MSRP on average. That amounted to an $8,697 price hike, though, which is more than Wrangler buyers were willing to pay.

Indeed, while the Jeep Wrangler was the model for which buyers were willing to pay the most over MSRP as a percentage of the price, Porsche customers were the ones who were the most willing to shell out extra cash.

Unfortunately for buyers, although these were some of the most egregious markups, charging over MSRP is by no means limited to niche SUVs and crossovers. Pickup trucks, luxury vehicles, and sports cars were all represented in the top 15 most marked up cars of the summer. There are, however, some things customers can do to ease the pain.

“New car buyers will probably have trouble finding available inventory and can expect to pay higher-than-average prices for vehicles that are in high demand,” said Brauer. “Consumers looking to purchase a new car should do their research and compare prices between multiple dealers, and in some cases can avoid markups by ordering directly from the manufacturer.” 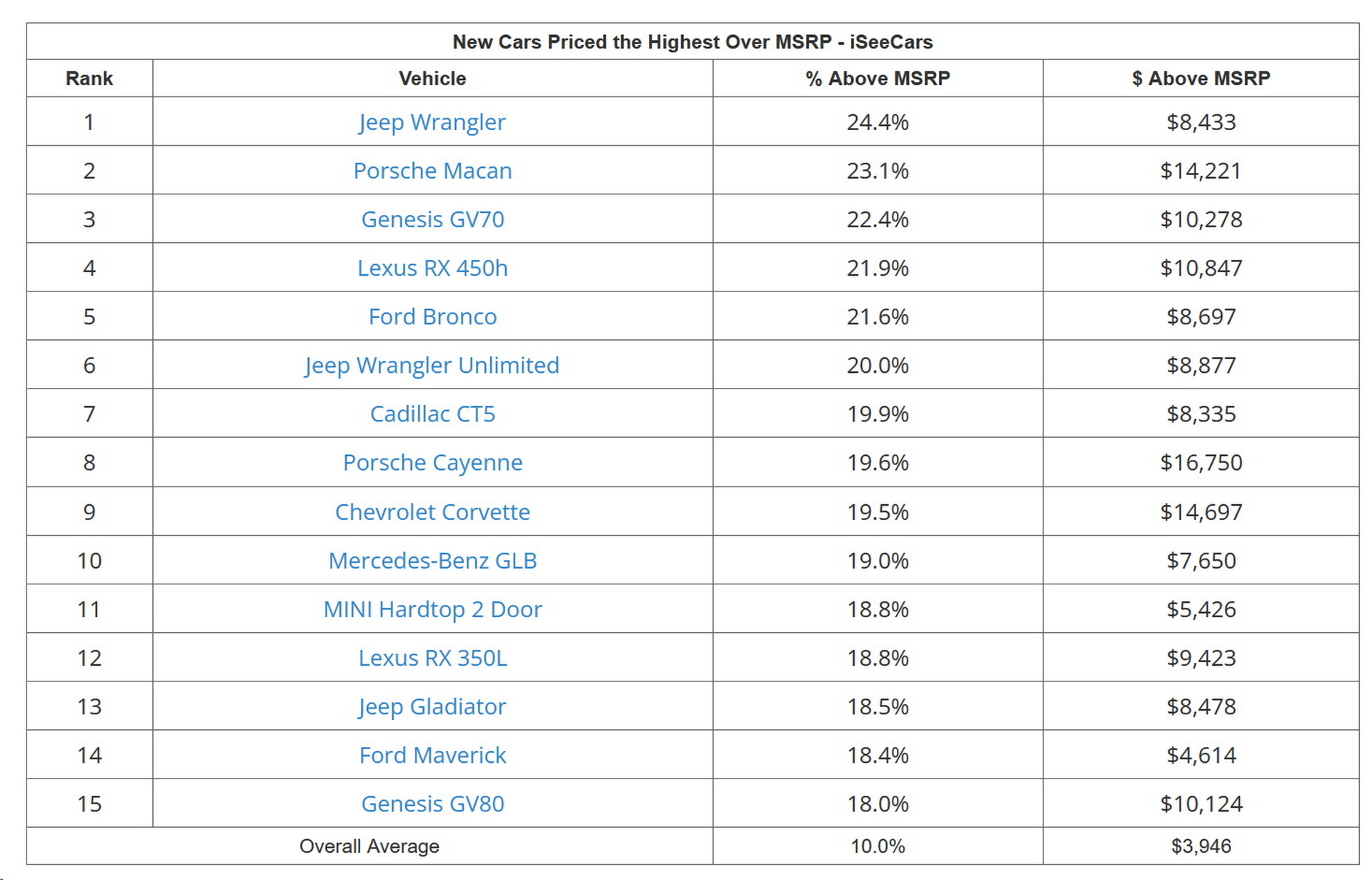