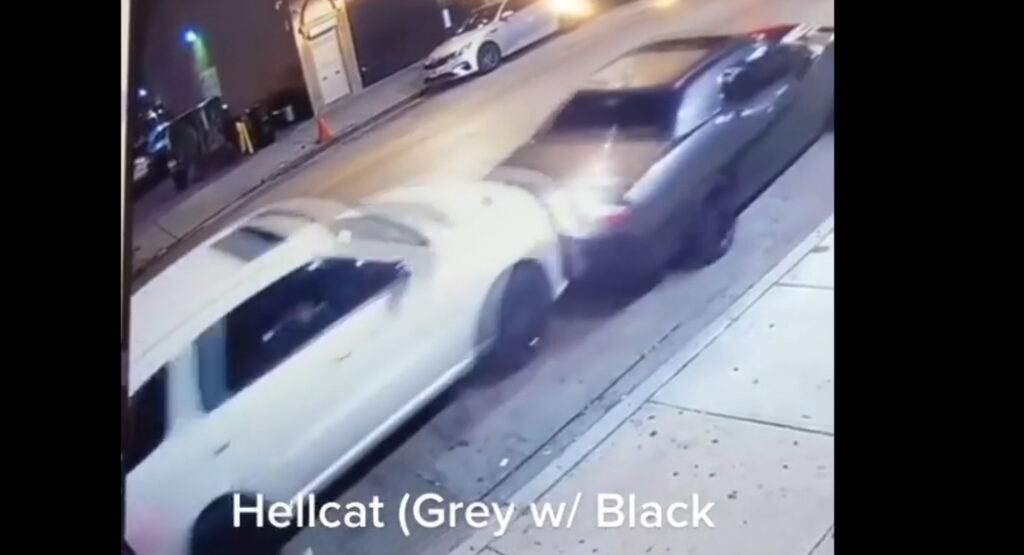 The Dodge Challenger Hellcat is an awfully desirable car. So much so, that it has become a popular target for thieves. A new video posted to Instagram, though, shows the car being stolen in a manner we’ve never seen before.

The video (warning: it contains a lot of cursing) shows security footage of a gray Challenger Hellcat parked in front of Frances Cocktail Lounge in Chicago. A white Dodge Durango can be seen stopping next to the car, allowing a passenger to get out with a tool.

The man uses the tool to, apparently, pop the window out, giving him access to the vehicle. He then gets in, and the Durango backs up behind the car and pushes it down the street and out of the security camera’s frame. 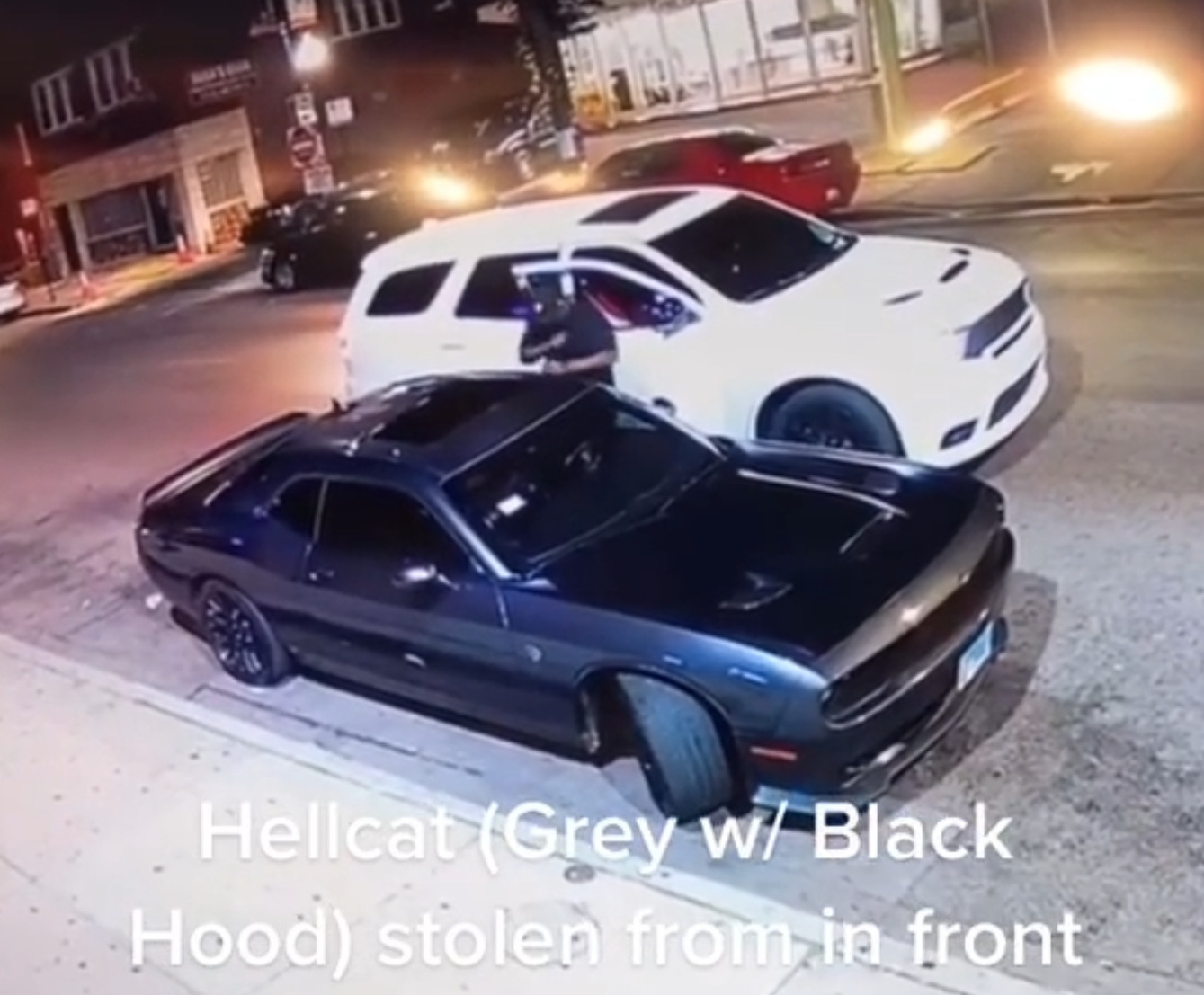 Although it’s unclear exactly what’s happening, if I had to guess, I would say that the thieves likely used the Durango to bump start the Challenger Hellcat, which is one of few cars on the road still sold as a manual. Enthusiasts may not be the only ones saying “save the manuals.”

Liveabout.com writes that a steering wheel can be unlocked in a vehicle with a push button start by using “your left hand to wiggle the steering wheel left and right with significant force” while simultaneously pressing the stop-start button. That may be how this thief managed to start turning the wheel, as he can be seen doing in the video.

That’s just a guess, though, and there may be more going on in this video besides. Stealing these vehicles has proven not to be that challenging, though, with videos of Challengers and Chargers being stolen regularly cropping up on the internet.

One Michigan police department, in fact, reported that more than 1,000 Charger thefts were being investigated in Southeast Michigan in 2020 alone. That prompted Dodge to introduce a new Security Mode last year that limits the engine to 675 rpm if a four-digit security code is not inputed. Owners were required to go into their dealerships to have the software update installed, though, which may limit how many actually decided to implement the security measure.