A unique 1977 Porsche 928 modified by Strosek has hit the used car market and is bound to excite Porsche enthusiasts.

For those that don’t know, Strosek Auto Design has made a name for itself modifying 911 models over the decades and back in the day, also tried its hand at customizing the 928. It is unclear just how many 928s received the Strosek treatment but this particular example is thought to be the only one with this specification.

Adorning the exterior of the German classic is a shade of blue that has been complemented by a number of distinctive Strosek parts. These include flared front and rear wheel arches, as well as re-shaped doors with three strakes on either side. 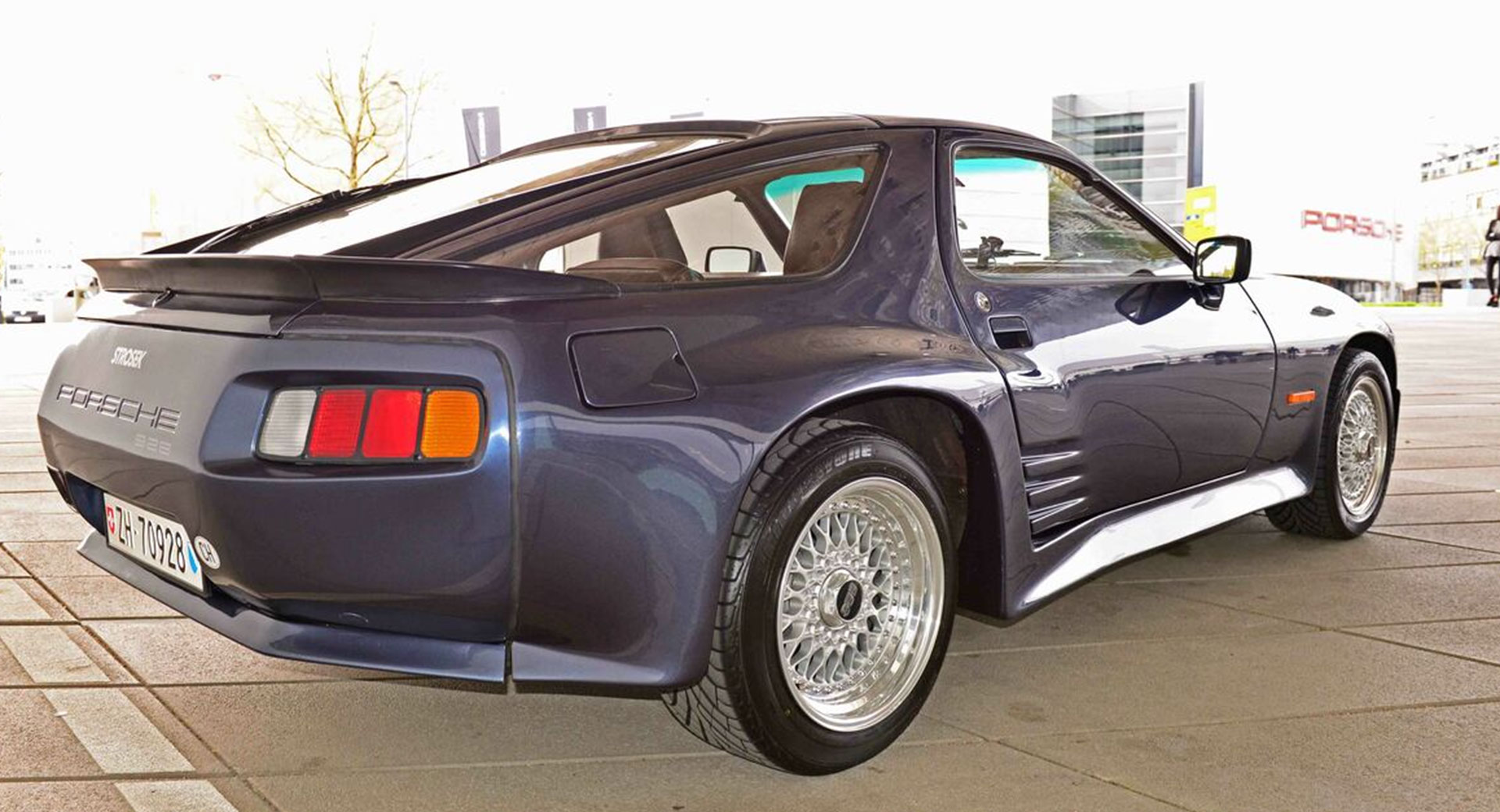 Elsewhere, the listing shows that the 928 is rocking a set of BBS wheels that suit a car from this era absolutely perfectly. It looks altogether more aggressive than a typical 928 and while some purists may hate it, we think it looks great.

The interior of this 928 is also quite striking. It is clad largely in brown leather across the dashboard, door panels, center console, pillars, headliner, and seat bolsters while the center of the seats and door panels have a chequered finish.