When you’re thinking about French hot hatches from 1993, the Clio Williams is the first thing that comes to mind. However, this was not the only performance-focused model in Renault’s range at the time, since the automaker also offered the larger R19 16S. A great example of the grandfather of the Megane R.S. is currently listed for sale by Premium Classics in Vught, Netherlands, with an asking price of €14,950 ($15,627).

Starting with the basics, the R19 was launched in 1988 and received a facelift in 1992, keeping it in production until the Megane replaced it in 1996. The pictured example is in the most fitting three-door hatchback form (the R19 also came in five-door hatchback, four-door sedan, and two-door cabriolet bodystyles). It was produced in 1993 and despite its age, it remains in pristine condition, having traveled only 56,000 km (34,797 miles) since it came out of the dealership. 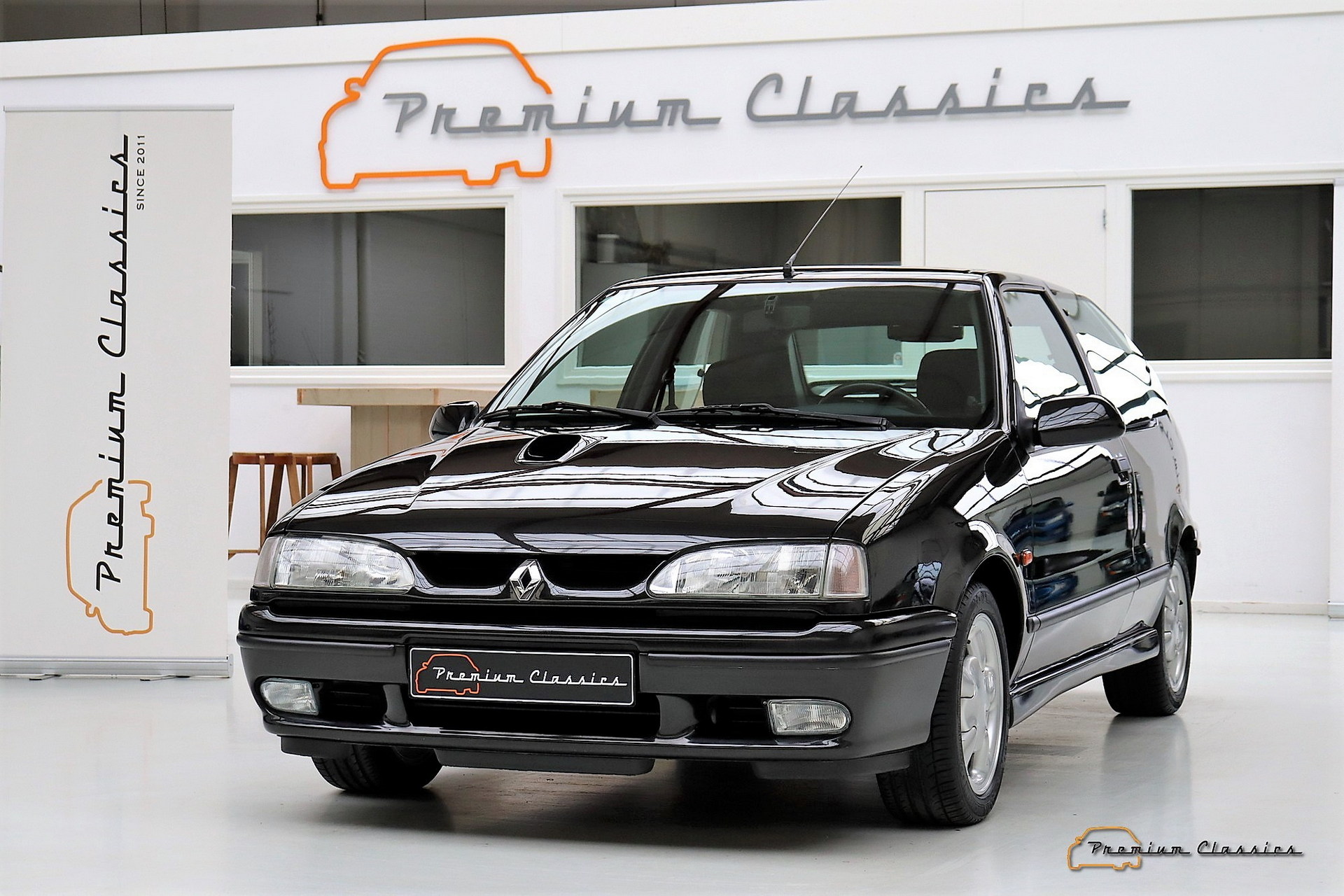 The 16S name is short for 16 Soupapes (16 Valves). Under the bonnet lies a naturally aspirated 1.8-liter four-cylinder engine producing 135 hp (101 kW / 137 PS) transmitted to the front axle through a revised five-speed gearbox. While this output is very close to what the electric motor in the entry-level Mégane E-Tech produces, back in the early ’90s it represented the most powerful version of Renault’s compact model.

In terms of straight-line performance, the R19 16S accelerated from 0-100 km/h (0-62 mph) in 8.9 seconds which was slightly slower than the non-catalysed pre-facelift model and borderline slow for today’s standards. Flat out, the model could reach a top speed of 215 km/h (134 mph). Still, driving fun has nothing to do with numbers.

Back in the day, automotive journalists praised the R19 16S for its handling thanks to the version-specific suspension setup and the larger disc brakes. Personally, I spent some time in my late grandfather’s 1992 Renault 19 sedan with the 1.4-liter engine, and I could feel its potential thanks to the low center of gravity, the nice steering feel, and its lightweight nature compared to the bulky SUVs of our time.

Design-wise, the R19 16S was distinguished by the 15-inch Speedline alloy wheels, the bonnet scoop, the side skirts, the larger tailpipe and the body-coloured bumpers (the pre-facelift had a version-specific front bumper design). The 16S was the flagship trim of the Renault 19, so it came with plenty of kit for its time. Equipment included electric windows, air-conditioning, a pair of sport seats, and a sporty wrap for the three-spoke steering wheel.

The listing describes the R19 as the perfect car for “driving to the bakery on a sunny Sunday morning for an order of baguette and French cheese”. While we wouldn’t go that far, the 16S is definitely worth our attention as a sporty model from the early days of Renault Sport.