This BMW E30 3-Series Touring Has The Perfect Matching Trailer 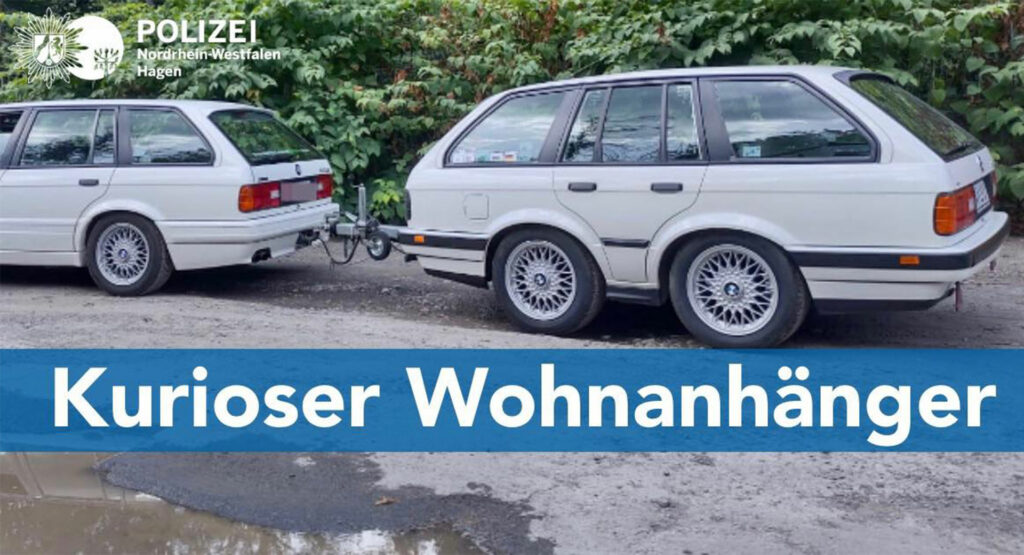 Police in Germany recently stopped a BMW E30 3-Series Touring with perhaps the most bizarre yet endearing trailer that we have ever laid eyes on.

Authorities from the Hagen Police department pulled over this 3-Series Touring as part of an ongoing safety campaign. While the car itself looks quite special, it’s obviously the odd trailer that piqued their interest and necessitated a closer inspection.

The owner of the BMW clearly didn’t just want any old trailer for the 3-Series and managed to source the rear halves of two E30 3-Series Touring models before welding them together in opposite directions. The result is a fully enclosed trailer with front and rear windows, side windows, and strange side doors which may or may not be functional. The original wheels have also been retained.

Police say that they closely inspected the trailer and found that it met all local safety requirements. Writing on Facebook, the Hagen Police added that the owner had placed a comfortable mattress inside the trailer and was seemingly embarking on a little road trip.

“You don’t see something like this every day in a check: We noticed this homemade trailer at one of our checkpoints under the motto #safeonvacation,” police said in their Facebook post. “We took a closer look and everything was fine. By the way, the mattress in the trailer looked very comfortable. We wished the driver of the team safe onward journey and a nice holiday!”

Making the trailer all the more impressive is the fact that its paintwork and wheels perfectly match those of the tow vehicle. 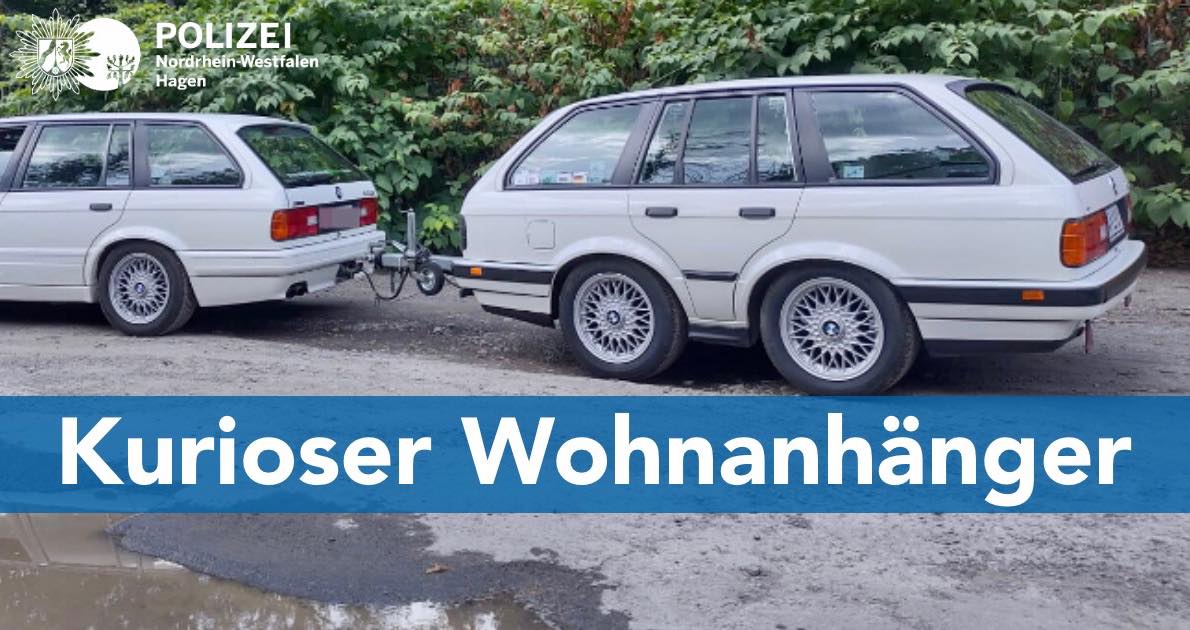 Mercedes To Unveil The 2023 EQE Electric SUV On October 16

Mercedes To Unveil The 2023 EQE Electric SUV On October 16