This Is The Cabin Of The Mercedes-Benz EQE SUV 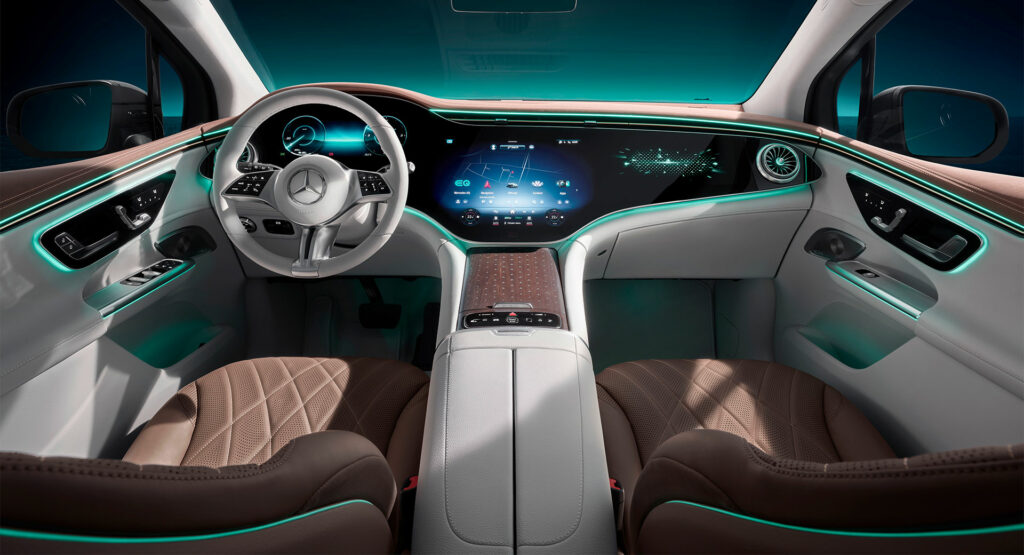 Mercedes-Benz has teased the interior of the upcoming EQE SUV for the first time ahead of its world premiere on October 16.

The German car manufacturer refers to the EQE SUV as the “multi-purpose variant of the EQE executive saloon.” It will also be more dynamic than the larger EQS SUV and act as the latest model in Mercedes-Benz’s rapidly-growing EQ family.

The EQE SUV has been described as having a hyperanalogue theme and will be available with the MBUX Hyperscreen that houses three larger screens under a single piece of glass. In addition, the Mercedes-Benz EQE SUV has turbine-inspired outer air vents just like the sedan. In fact, the cabin is essentially identical to the EQE sedan, meaning it also incorporates the same floating ‘transmission tunnel’.

Buyers of the EQE SUV will be able to choose between five different coordinated color combinations, including the one pictured that combines balao brown leather with neva grey leather. A new hybrid material with “the warmth of wood with the technical coolness of real aluminum” will also be used within the SUV’s cabin.

Beyond its interior, spy shots from back in March showcased the EQE SUV without any camouflage. These images revealed that it will sport a fully enclosed grille and sweptback headlights connected by an LED light bar.

Powertrain options should be identical to the EQE sedan. That means the EQE SUV should be sold with a 90 kWh battery pack and an entry-level model with a rear-mounted 288 hp electric motor. A dual-motor all-wheel drive version is also likely, as are at least two AMG-branded models. The first will likely be dubbed the EQE SUV 43 4MATIC and feature a pair of electric motors producing 469 hp and 633 lb-ft (858 Nm) of torque. An EQE 53 4MATIC+ with 617 hp and 701 lb-ft (950 Nm) is also thought to be on the cards. 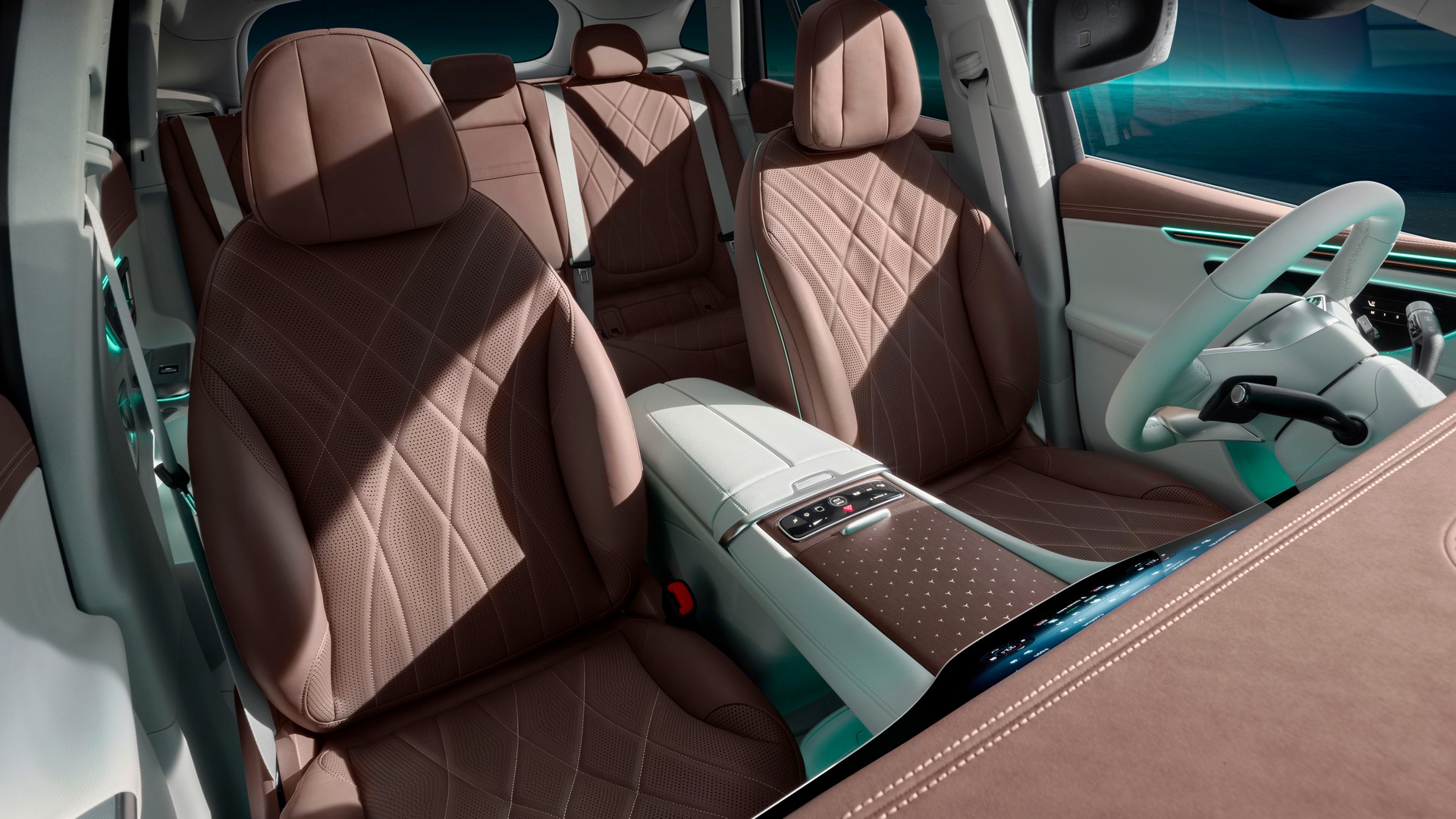