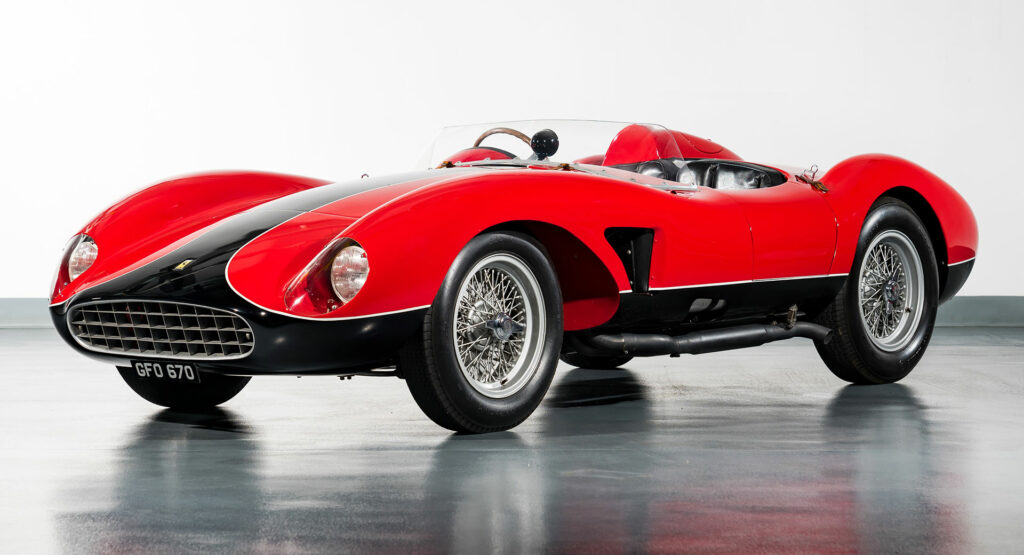 One of just 19 Ferrari 500 TRC Spider models ever produced is heading to auction in August and could sell for between $8 million and $10 million.

Ferrari has produced a dizzying array of fabulous racing cars over the decades and while just 19 examples of the 500 TRC Spider were built, it went on to take class wins in events such as the 24 Hours of Le Mans, Mille Miglia, 12 Hours of Sebring, and the Nurburgring 1000 KM. It also happens to be the last four-cylinder car that Ferrari ever produced.

RM Sotheby’s is selling this particular example, noting that it was the second-to-last car built. Shortly after it was built, it was loaned by the factory to François Picard who repainted it in French blue and soon raced it at the Portuguese Grand Prix, where it finished 5th, and the 24 Hours of Le Mans where a water pump failure forced its retirement. 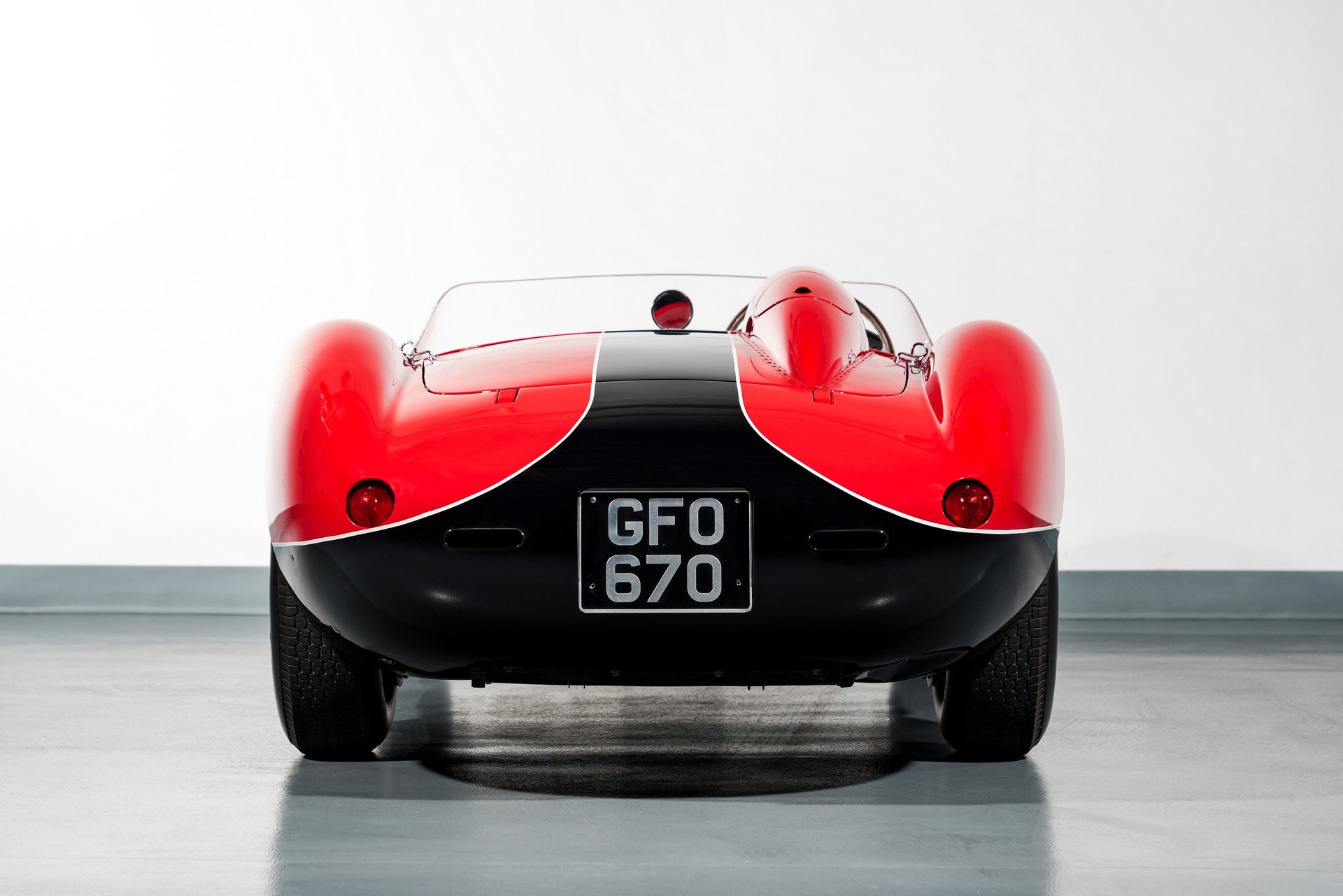 The car was sold in late 1957 and over the next couple of years, ran at a number of events across the United States, including the 1958 12 Hours of Sebring. Following this event, it was refinished in a two-tone shade of white over red and complete with a red stripe.

The listing reveals that in the early 1960s, the original 2.0-liter four-cylinder dropped a valve, prompting the owner to swap in a 289 cubic-inch Ford V8. The Ford engine was later removed and replaced with a newly-built 2.0-liter from Ferrari.

While the car stopped racing competitively many decades ago, it did compete at the Mille Miglia Storica and the AvD-Oldtimer Grand Prix in the 1980s and 1990s. In more recent times, it has been displayed at numerous Concours d’Elegance events, including Amelia Island and Pebble Beach. 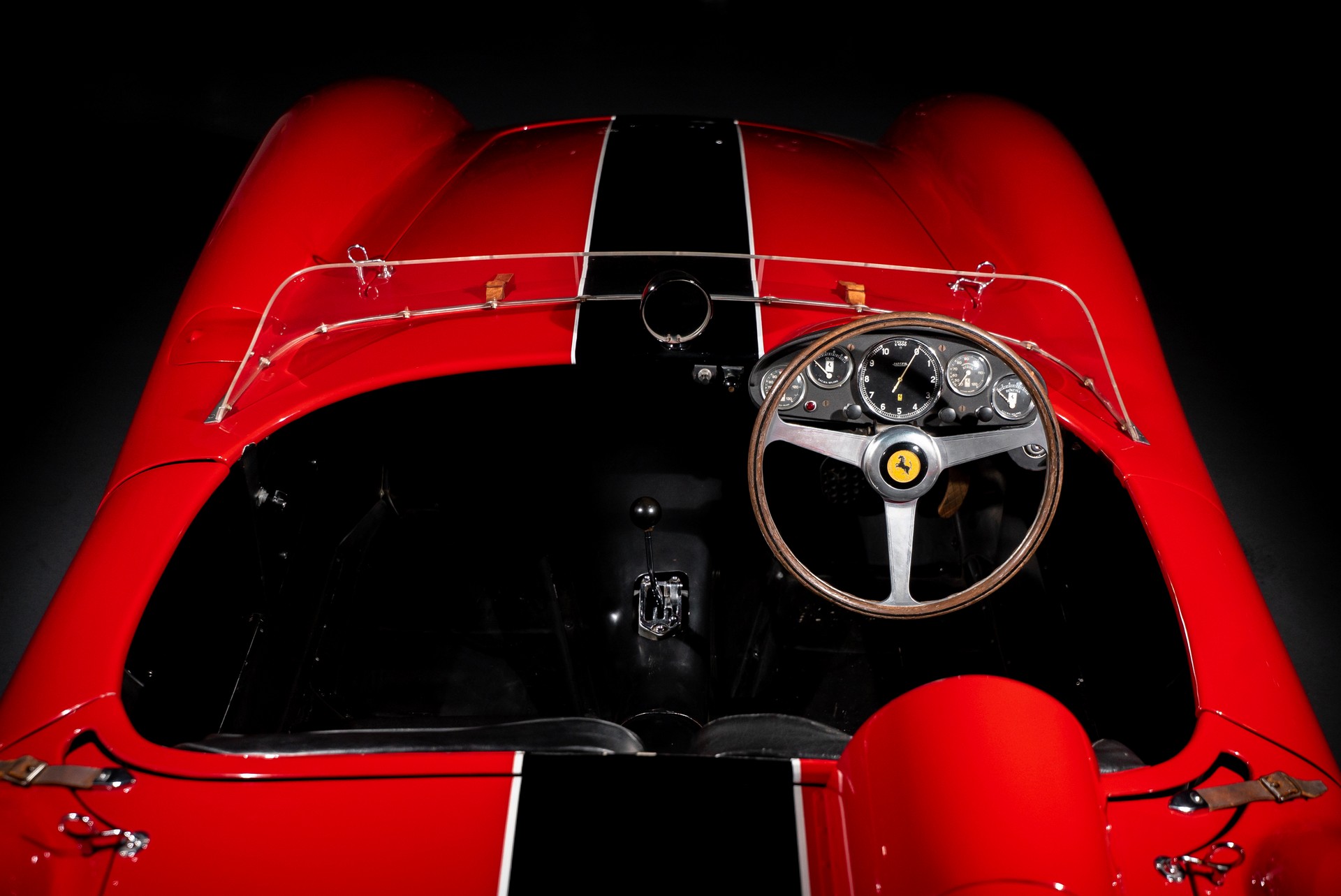