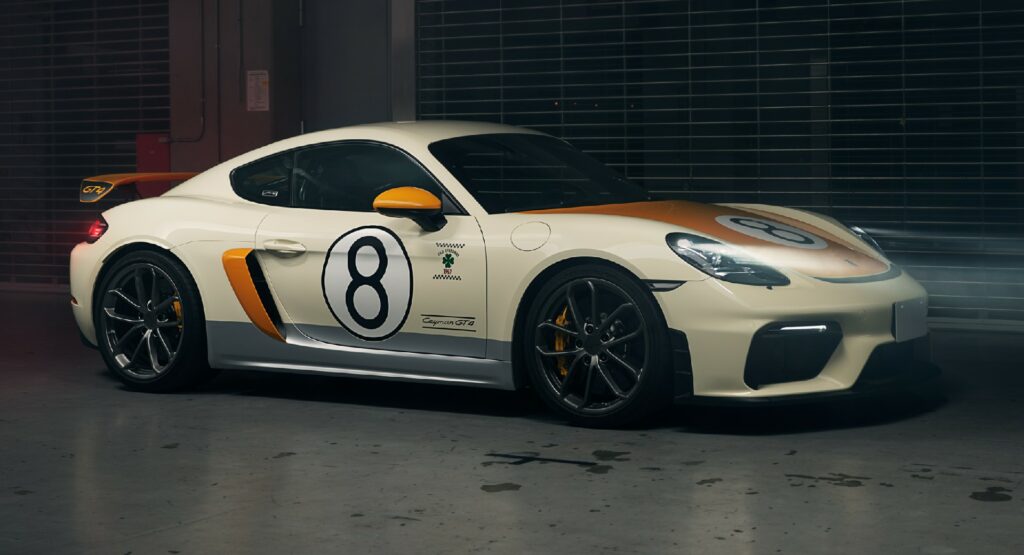 Porsche revealed a special 718 Cayman GT4 in Japan, designed as a tribute to the 906 racecar from the ’60s. The unique model was created by the Porsche Exclusive Manufaktur department and it is not for sale, although customers are welcome to order the exact same spec for their Cayman if they wish.

The highlight of this particular GT4 is the livery, mimicking its legendary predecessor which was developed by then-engineer Ferdinand Piëch and paved the way for a long line of successful racecars. More specifically, the designers replicated the colors of the Porsche 906 with chassis number 145, which won the 1967 Japanese Grand Prix in the hands of racing driver Tetsu Ikuzawa.

See Also: Le Mans Winner Buys A Porsche 911 GT3 With A Matching Livery To His 956 Racecar 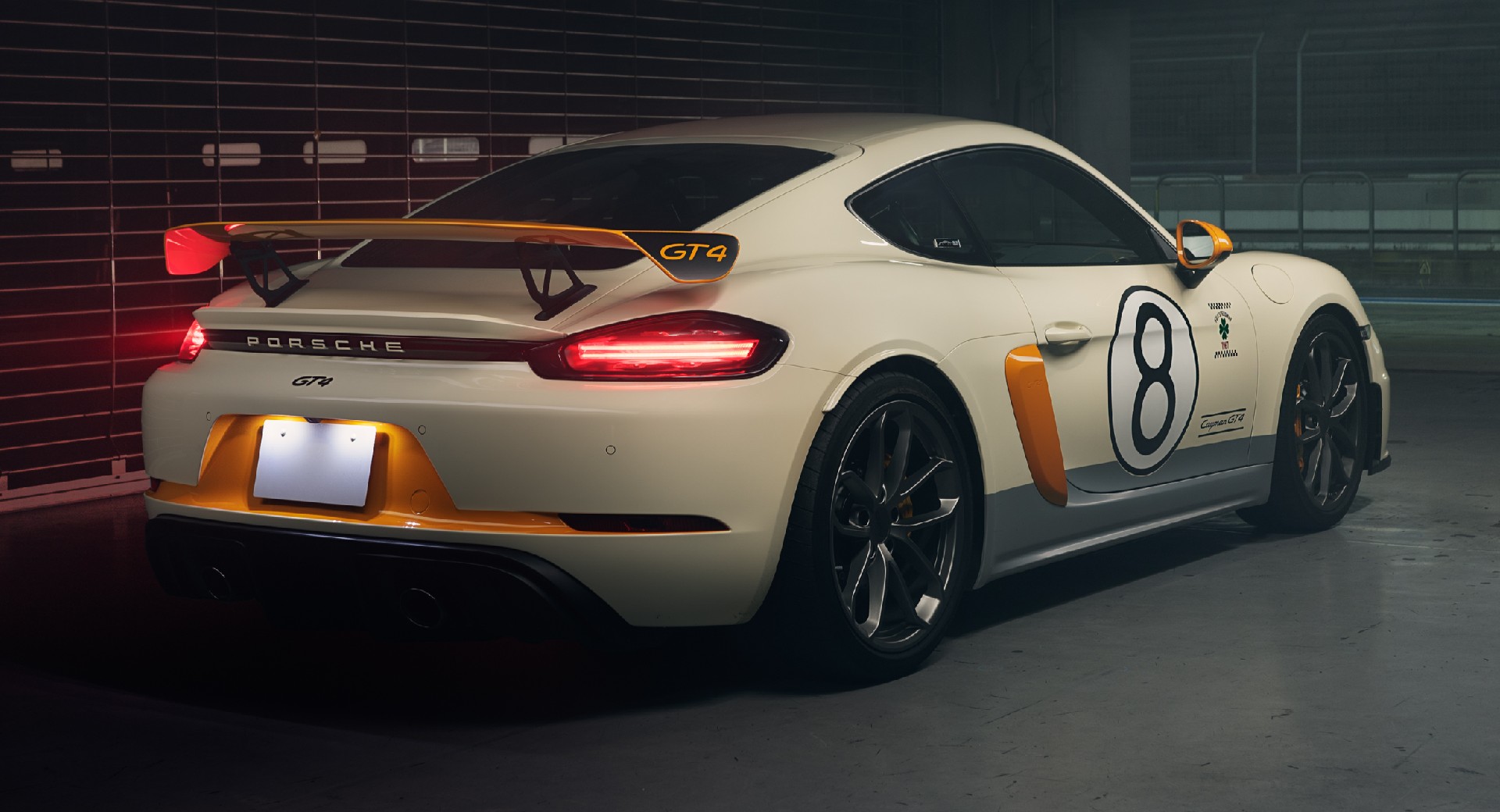 The modern homage to the classic racecar gets yellow accents on the bonnet, mirror caps, side intakes, brake calipers, rear wing, and rear bumper, with the silver stripes on the profile and the dark-finished alloy wheels creating a nice combination against the cream shade of the bodywork. The rear side window has a retro-flavored Porsche Exclusive Manufaktur and a special 906-145 badge with the silhouette of the original.

Inside, we find black leather and Alcantara upholstery with red stitching, the same 906 logo on the dashboard, and the map of the 1967 Japanese Grand Prix embossed on the headrests of the lightweight carbon-fiber seats. The shape of the Fuji Speedway is also present on the illuminated side sills, together with the 2:00:800 time of the victorious 906 racecar. 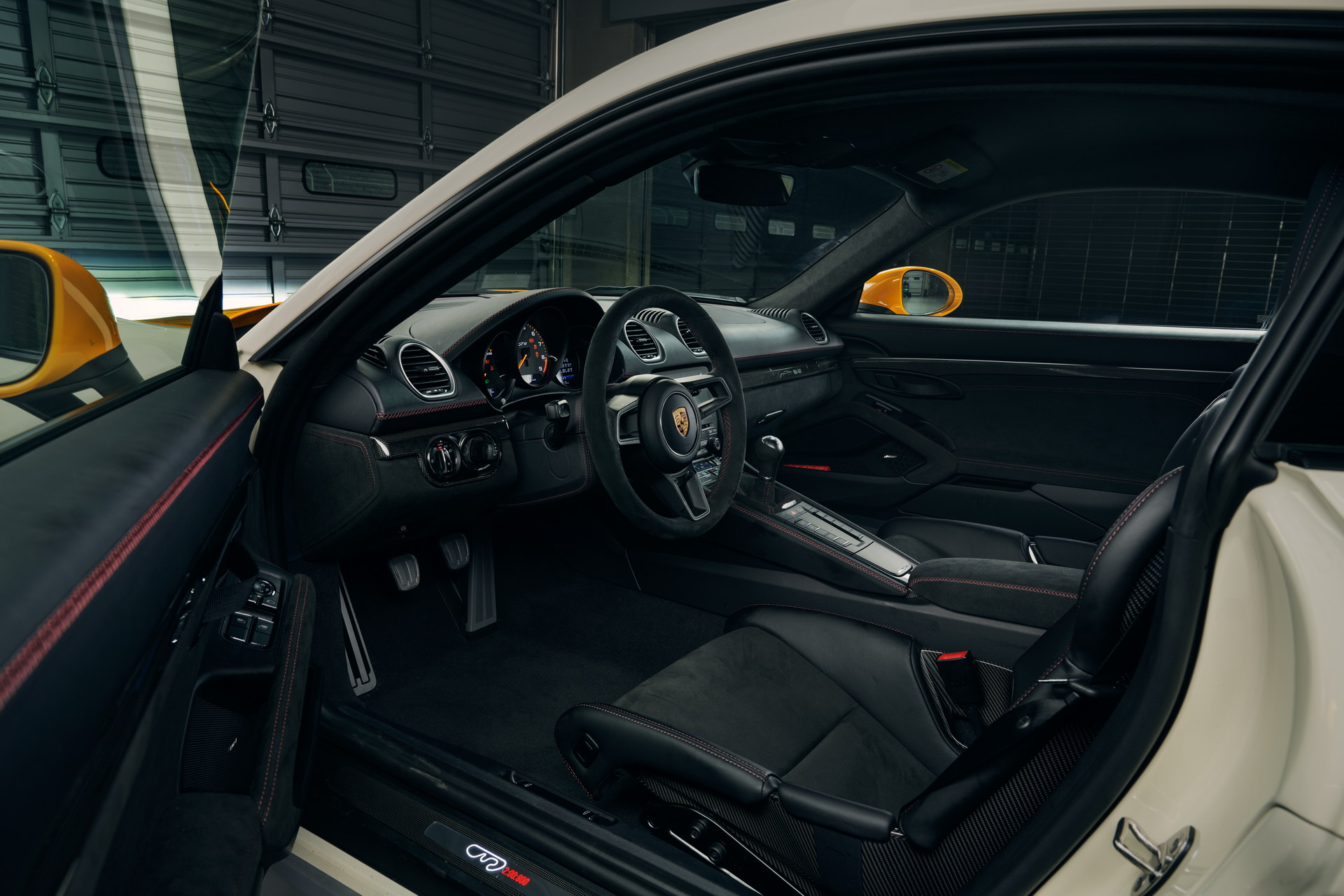 We don’t know why Porsche chose the regular GT4 and not the more extreme GT4 RS for this build, but maybe the latter was already too special. In any case, the GT4 is pretty capable on the track, thanks to the naturally aspirated 4.0-liter engine that produces 414 hp (309 kW / 420 PS) and 310 lb-ft (420 Nm) of torque, the more aggressive chassis setup, and the extra aero components over lesser 718 Cayman variants.

The first 718 Cayman GT4 Tribute to 906 will be showcased at the Porsche Experience Center in Tokyo between August 23 and 30, and will remain in the possession of the company. Porsche didn’t reveal the cost of the vehicle, but the regular Cayman GT4 starts from 13,770,000 yen ($100,378) in Japan, with optional extras adding up to the price. Given that the services of Porsche Exclusive Manufaktur can be ordered from anywhere in the world, it is safe to assume that the availability of the “tribute to 906” specification won’t be limited to the Japanese market.