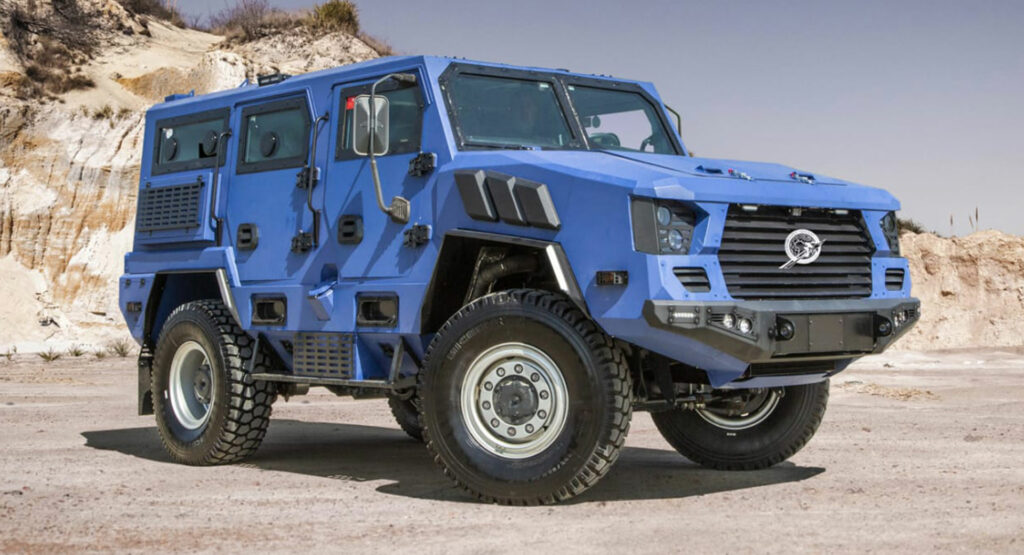 Paramount Land Systems has just unveiled its new Maatla 4×4 light protected vehicle which could be viewed as a slightly smaller alternative to the famous Marauder.

The new vehicle has been unveiled at the African Aerospace and Defence Expo in Tshwane, South Africa, and is based around a commercial vehicle chassis that the company says “provides class-leading reliability and proven capability.” It offers seating for up to nine occupants and features ‘Smart Floor’ technology, which means the seats can be quickly removed, allowing it to be configured as either an ambulance, command vehicle, or customizable for other mission requirements, including peacekeeping missions, border patrol, and providing military support.

Read More: South Africa’s Insane Paramount Marauder Is Back And Better Than Ever

While the company hasn’t announced powertrain details for the new Maatla 4×4, it claims that it can hit a top speed of 100 km/h (62 mph) on the road and can travel 600 km (373 miles) on a full tank of fuel when cruising at 80 km/h (50 mph). It also features a 2-speed transfer case and 3 differential locks to aid in its off-roading abilities.

“Personnel safety and soldier survivability in the field are key priorities of the Paramount Group’s design and manufacturing philosophy,” Paramount Land Systems chief executive Deon Grobler described. “The Maatla is a multi-purpose vehicle, offering excellent cross-country performance and reliability. Designed to handle a 2-tonne payload, the Maatla offers near infinite-configurability in terms of onboarding mission-specific equipment, weapons, and armour scalability.”