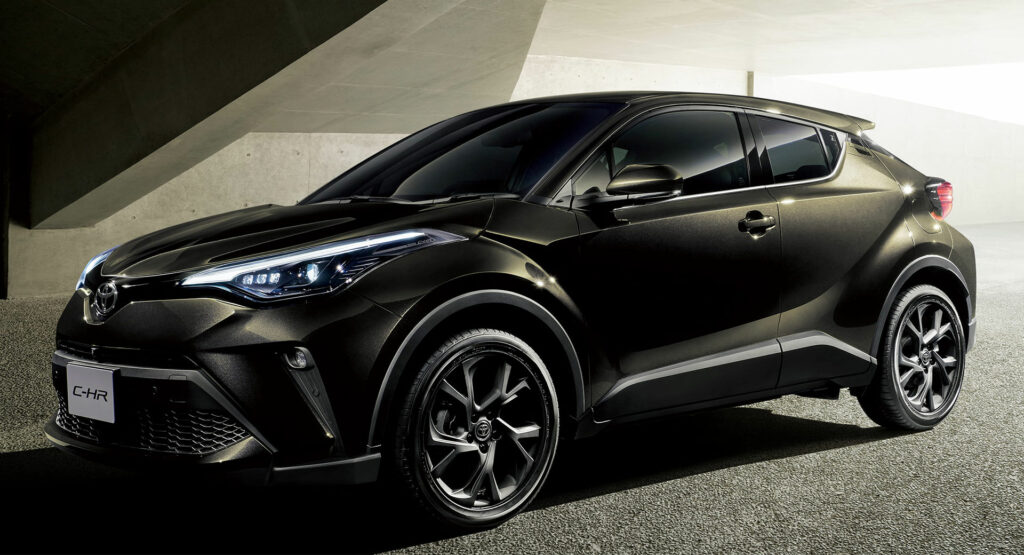 The most affordable of the two new models is the C-HR G-T ‘Mode-Nero Safety Plus III’ that’s available from 2,725,000 yen ($20,119). This variant is based on the normal C-HR G-T and features a 1.2-liter turbocharged petrol engine coupled to a CVT and available in either front- or four-wheel drive.

Kicking off the changes is the availability of a new dark color dubbed ‘Inazuma parking black glass flake’ (our Japanese are rusty and we think Google Translate may also be a little off with that translation…), although other shades are available as well, such as Black Mica, Metal Stream Metallic, and Platinum White Pearl Mica.

Toyota has then given the car a set of unique 18×7-inch wheels finished in matte black and wrapped in 225/50 R18 tires both front and rear.

Some minor interior alterations have also been made, most notable being the combination of black and brown leather, complete with beige stitching.

A number of new safety features come standard on both models. For example, one system mitigates collisions when the accelerator is pressed too far and the crossover detects a stationary object, such as a wall, in front or behind the vehicle. Toyota has also installed a radar system that detects vehicles coming from the left and right, as well as a panoramic view monitor.