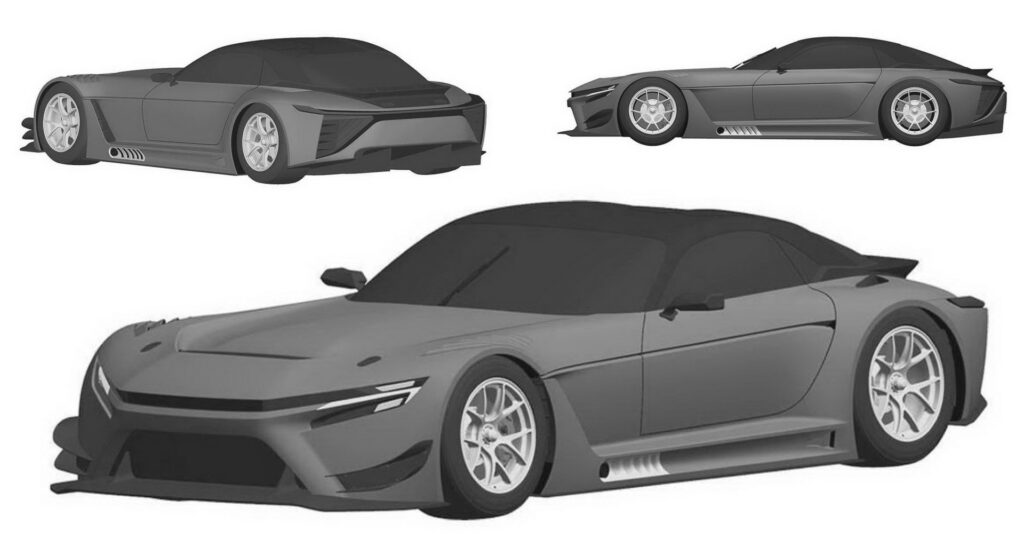 The Toyota GR GT3 concept from the 2022 Tokyo Auto Salon is back in the form of patent images, fueling rumors about a continuing development program that could lead to a production version of the motorsports-inspired sportscar.

The front-engined rear-wheel-drive model made headlines last January since it is not based on any of the existing models in the Toyota lineup. The images from the patent office look identical to the GR GT3 concept with the exception of the rear aero. The massive rear wing of the concept is gone, leaving the integrated ducktail spoiler exposed. 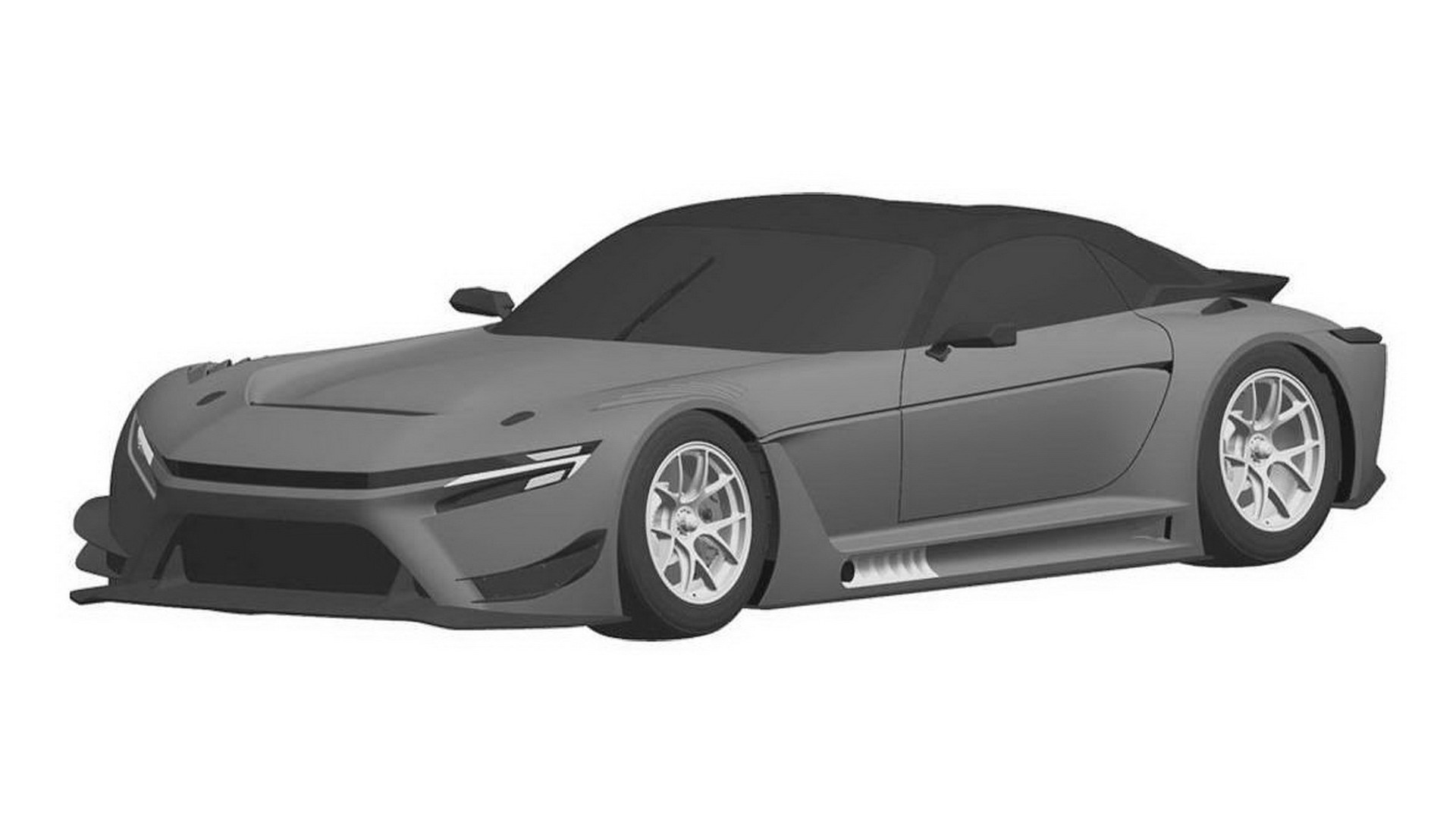 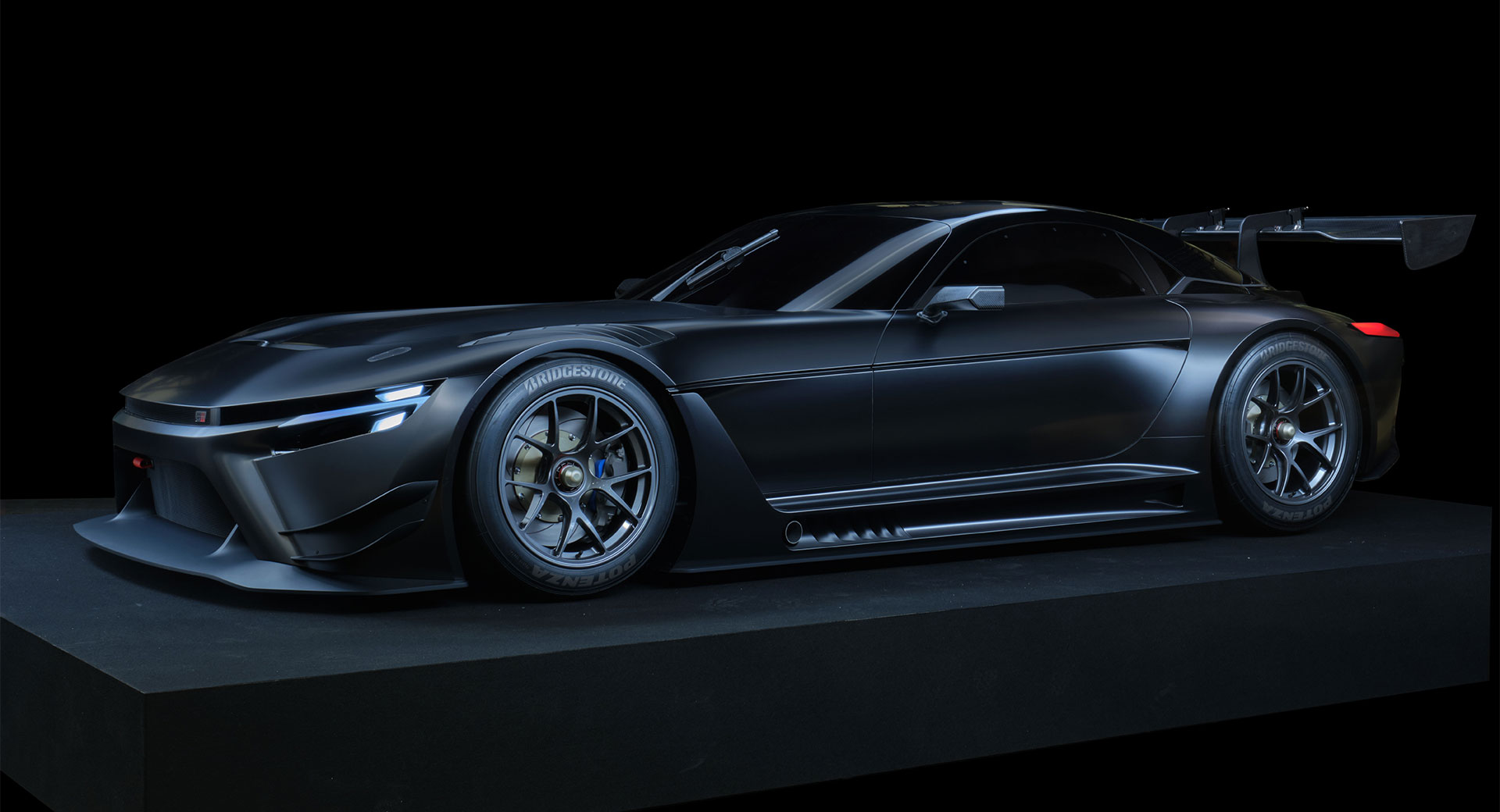 Other than the wingless specification, the model retains the ultra-low stance with racing wheels, minimum ground clearance, side-mounted exhaust pipes, vents on the front fenders, a prominent splitter, canards on the front bumper, and a diffuser at the back. We can also see a large vent on the long bonnet, allowing the air coming in from the central intake to escape, the racing-style fuel cap on the right side, and the massive negative camber on the wheels.

The LED headlights are merging with the grille while the full-width LED taillights are well integrated into the large openings of the rear bumper. The fact that the overhangs look longer than in the life-size model has to do with the absence of perspective from the patent images. It is a common strategy among automakers to patent their designs – concept or production – in order to avoid copycats that could potentially steal their glory. 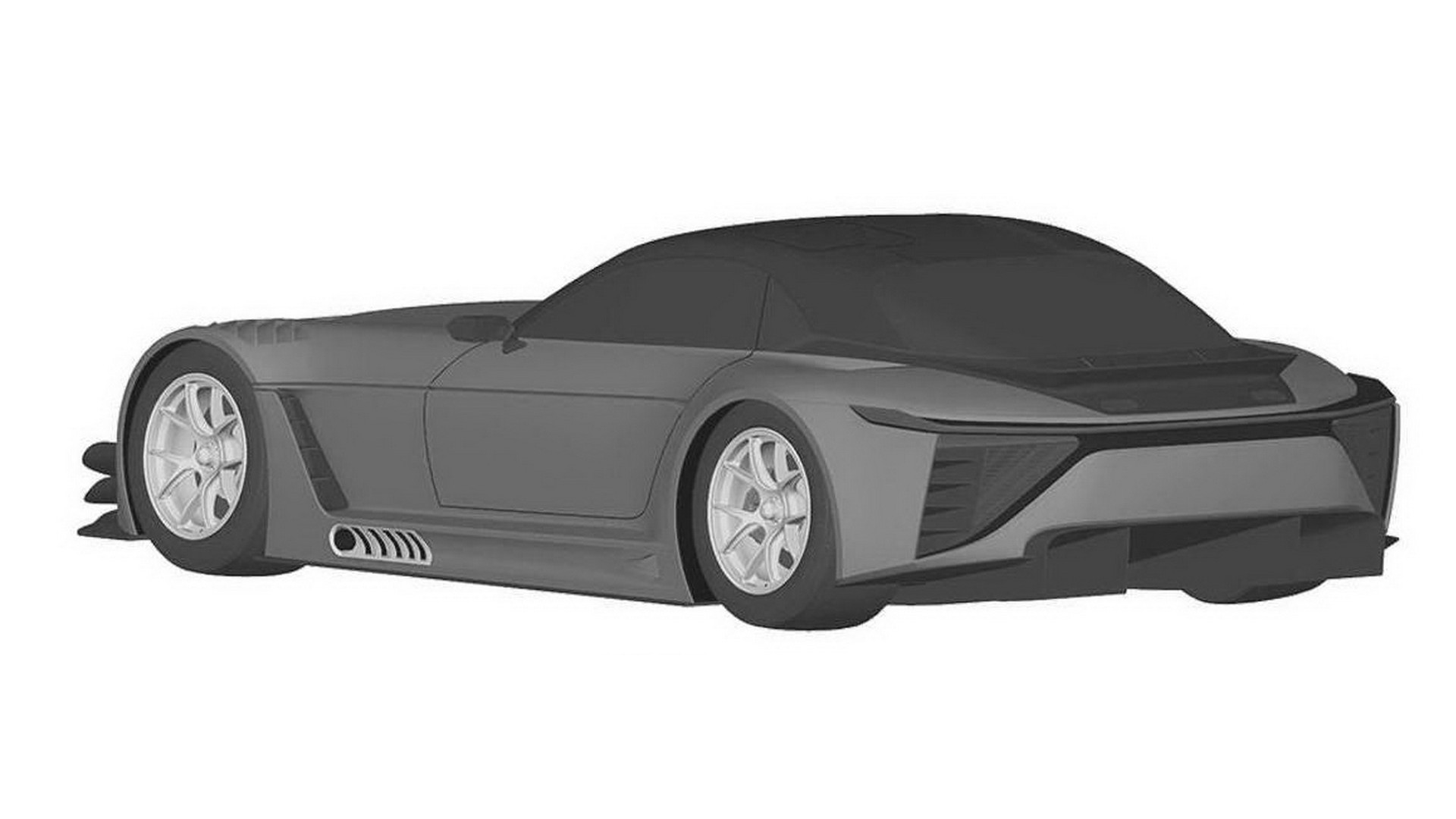 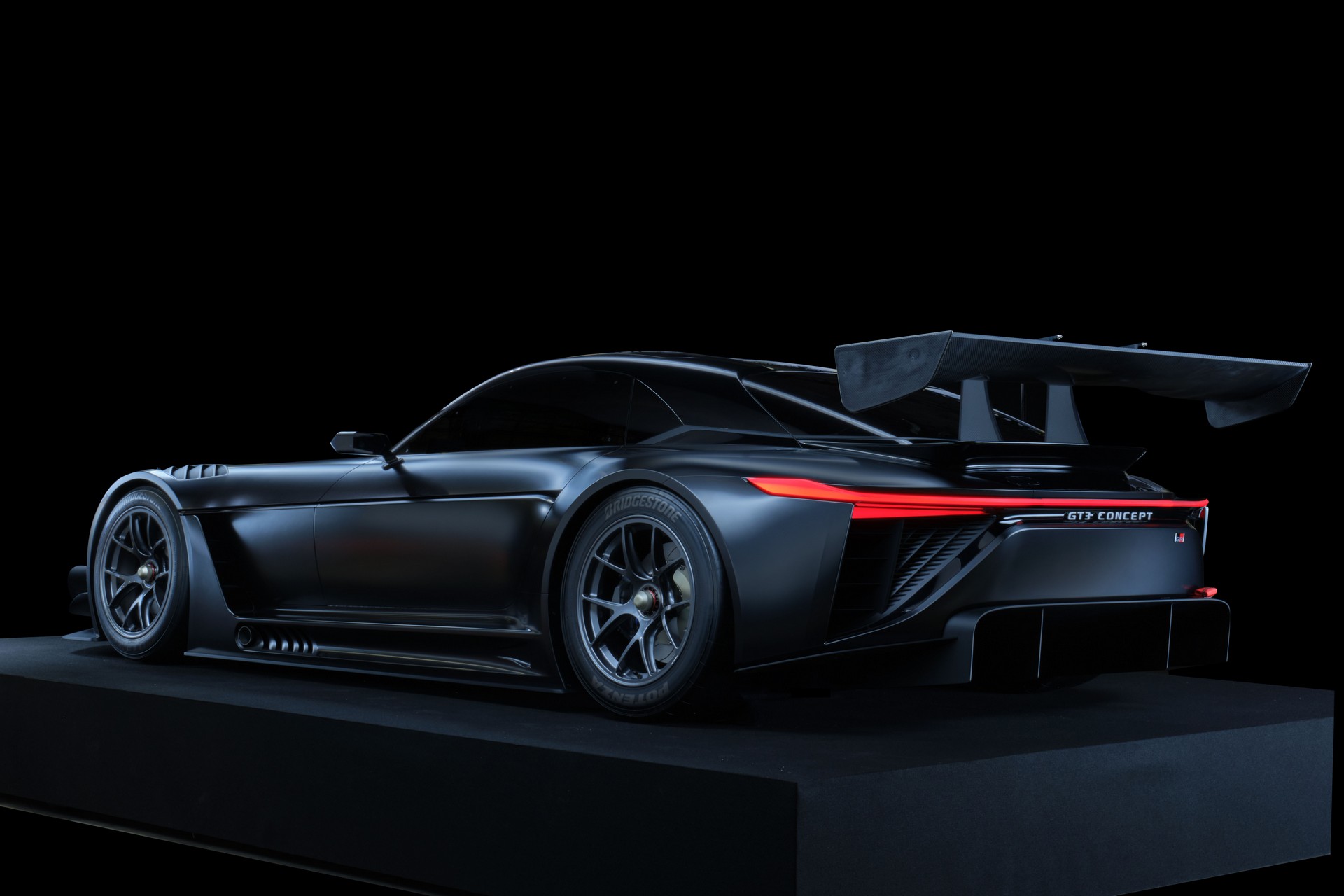 Toyota was coy on details about the GR GT3, but a possible production version could become the flagship of the Gazoo Racing lineup, sitting above the GR Supra. Mind you, the long-rumoured road-going version of the Toyota Gazoo Racing’s Le Mans hybrid supercar has reportedly been cancelled, so the GR GT3 could take its place as a halo model for the brand.

Since the debut of the concept, some people noticed the similarities with the 2020 Mazda RX-Vision GT3 concept, sparking rumours about a possible collaboration between the two Japanese automakers for new racing-style sporstcars. In any case, the world still needs more ICE-powered exotics before moving on to the fully electric era, so we hope Toyota continues the development of the GR GT3.