Jeep has brought along a pair of its Easter Safari concepts to the Detroit Auto Show and while neither of them will spawn production models, they are pretty cool to look at.

The first concept we stumbled across was the white and yellow Jeep Gladiator you see pictured. It has been dubbed the Jeep Flatbill and was actually introduced back in 2019. It aims to build on the Gladiator’s already-impressive off-road prowess and also has the ability to carry two dirtbikes in the bed.

Jeep made a plethora of modifications to bring the pickup to life. For example, it features a vented carbon fiber hood, a shortened front bumper with a skid plate, distinctive fender flares, and a tube rear bumper. Of more importance are the Dynatrac Pro-Rack 60 front and rear axles, an Off-Road Evolution custom four-inch lift kit, enlarged rear bypass shocks, and 20-inch wheels wrapped in 40-inch off-road tires. It is also equipped with a removable fabric roof. 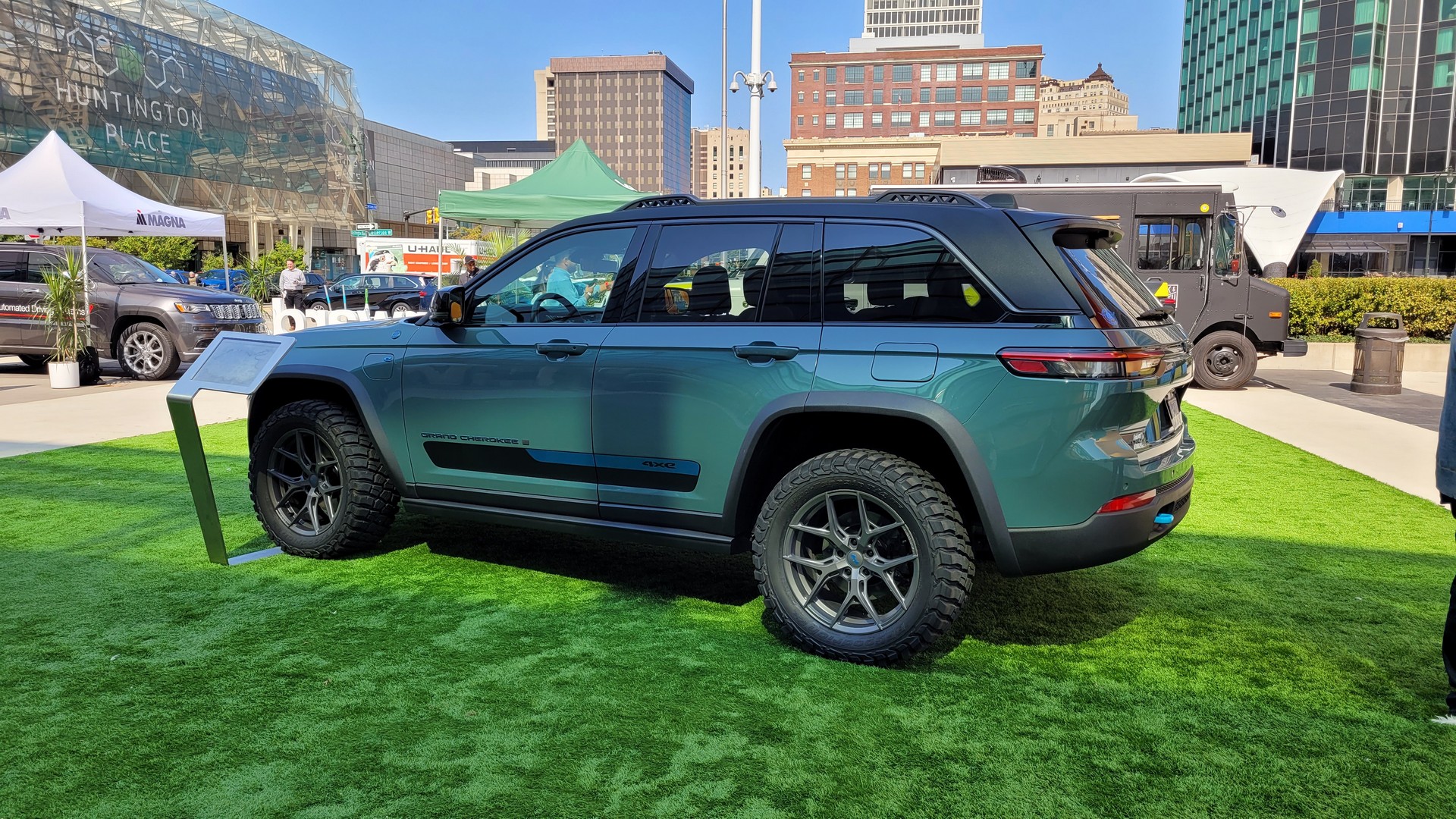 The second concept on display in the Motor City is the Jeep Grand Cherokee Trailhawk 4xe Concept from April. It hasn’t undergone quite as many upgrades as the Gladiator but does sit on a set of distinctive 20-inch wheels with 33-inch BF Goodrich mud-terrain tires. The automaker has also finished it in a striking shade of blue complete with bright blue accents, including the two hooks and front air intake surrounds. Matte black vinyl is also found on the hood.