High gas prices have shrunk the gap in satisfaction that owners of new EVs feel as compare to how satisfied the owners of new internal combustion vehicles are, according to J.D. Power. The consumer insight research company released the results of its annual Automotive Performance, Execution, and Layout (APEAL) Study.

The overall satisfaction of new car owners fell this year for the first time since 2014. Customers were less happy with their vehicles fuel economy in 2022 than they were the year before, largely as a result of historically high gas prices that dogged the U.S. this spring.

“The most important factor leading to the industry decline this year is owners’ perception of their vehicle’s fuel economy,” said David Amodeo, director of global automotive at J.D. Power. “The study was fielded as fuel prices were experiencing a meteoric rise, and that pinch at the pump is conveyed in lower vehicle satisfaction.” 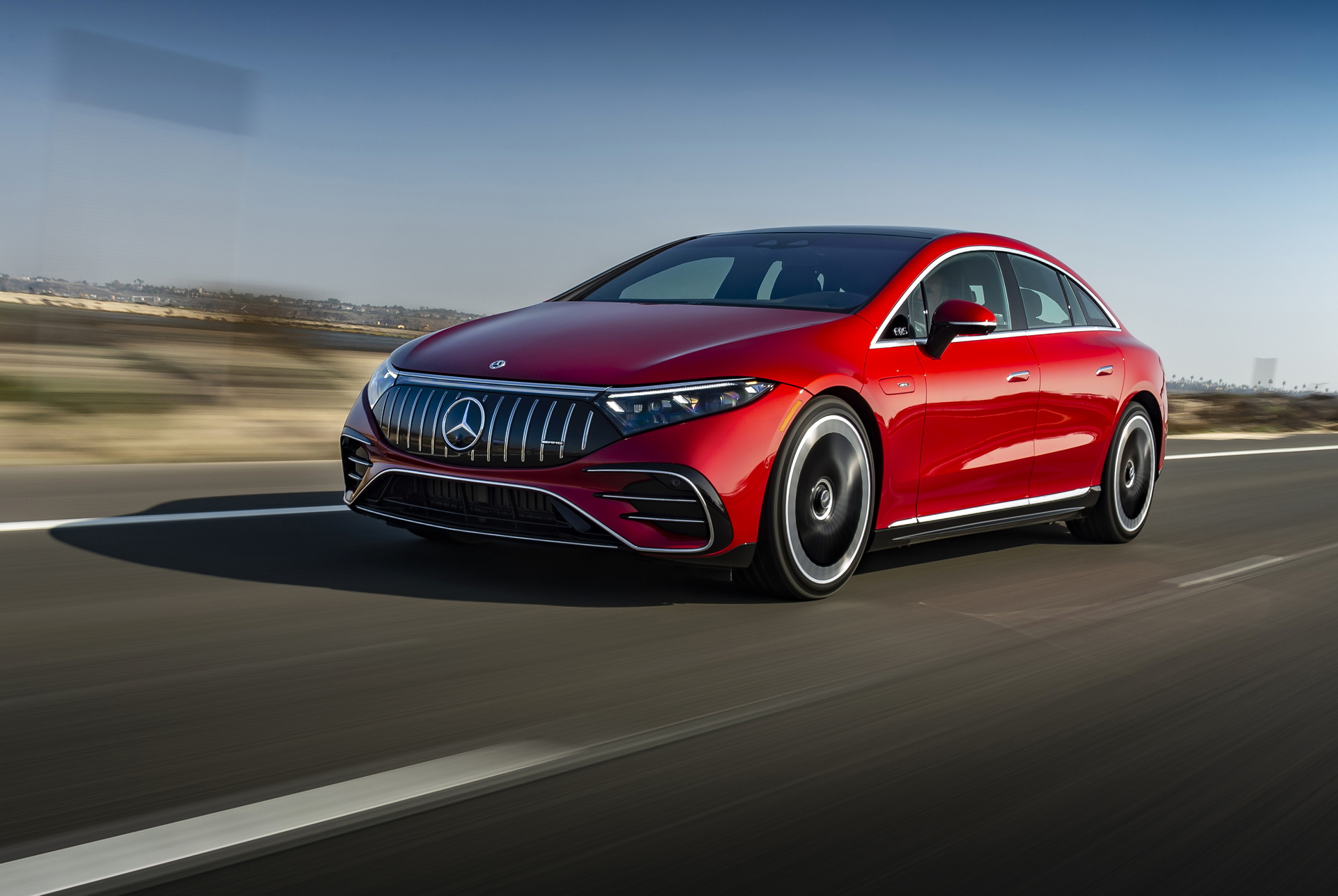 Although there are a number of issues affecting the automotive industry, they appear not to have negatively affected EVs, shrinking the gap between satisfaction with fuel economy and electric range down to just seven points on a 1,000-point scale.

Indeed, the Kia EV6 and the Mercedes EQS were the top scorers in their respective APEAL Study categories. The EQS beat out the Mercedes S-Class in the Large Premium Car segment, and the EV6 beat out the Hyundai Ioniq 5 and Tucson in the Compact SUV category.

Still, most categories remain dominated by vehicles with internal combustion engines, and overall satisfaction with these vehicles remains higher than overall satisfaction with EVs. Gas-powered vehicles have an average APEAL score of 846 out of 1,000 points across all segments, whereas EVs have a score of 838. They lead both hybrids and plug-in hybrids, though, which score 832 and 835, respectively.

Irrespective of power-source, though, the emotional appeal of mass market brands fell by four points this year, whereas premium brands were eight points more emotionally appealing this year, extending that segment’s relative advantage. Dodge and Porsche remain the highest ranking brands in the APEAL study in the mass market and premium segments.

“While these brands are very different, both Dodge and Porsche owners identify strongly with their vehicles,” Amodeo said. “That certainly contributes to their stellar APEAL Study results.”

You can see the winners of each vehicle category below. J.D. Power polled more than 84,000 owners of 2022 model year vehicles after 90 days of ownership to collect the data for this study. The survey was fielded between February and May 2022. 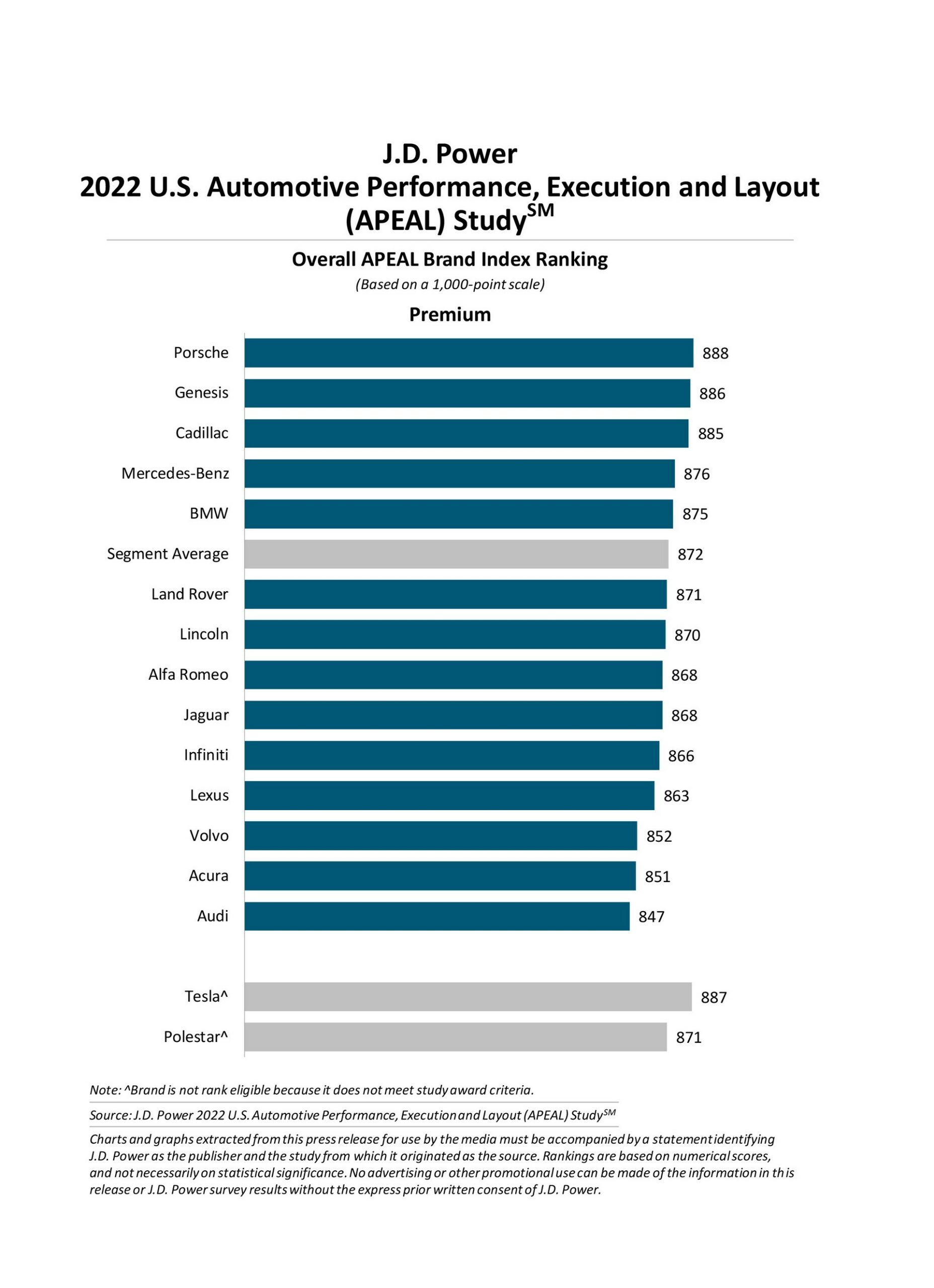 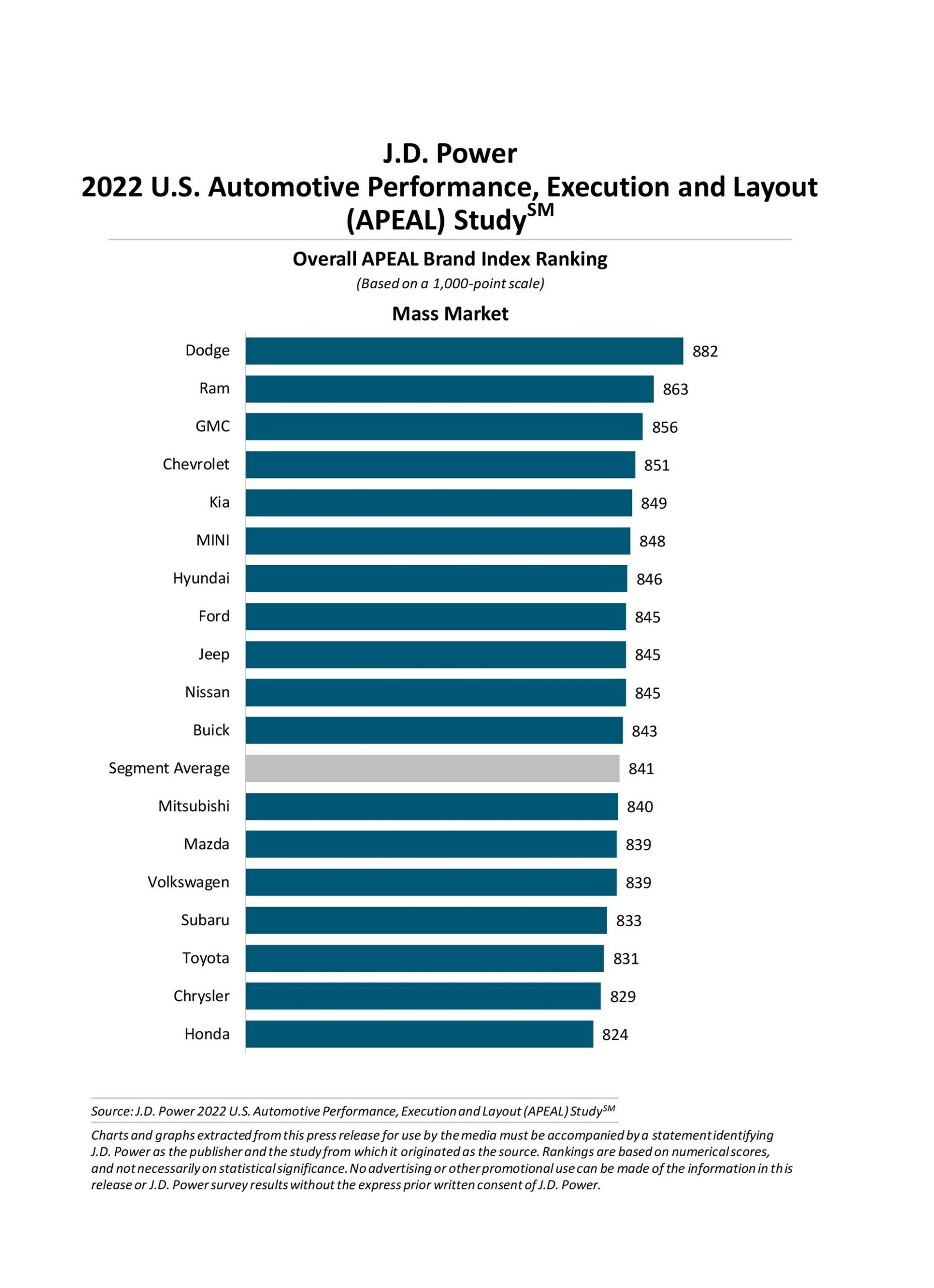 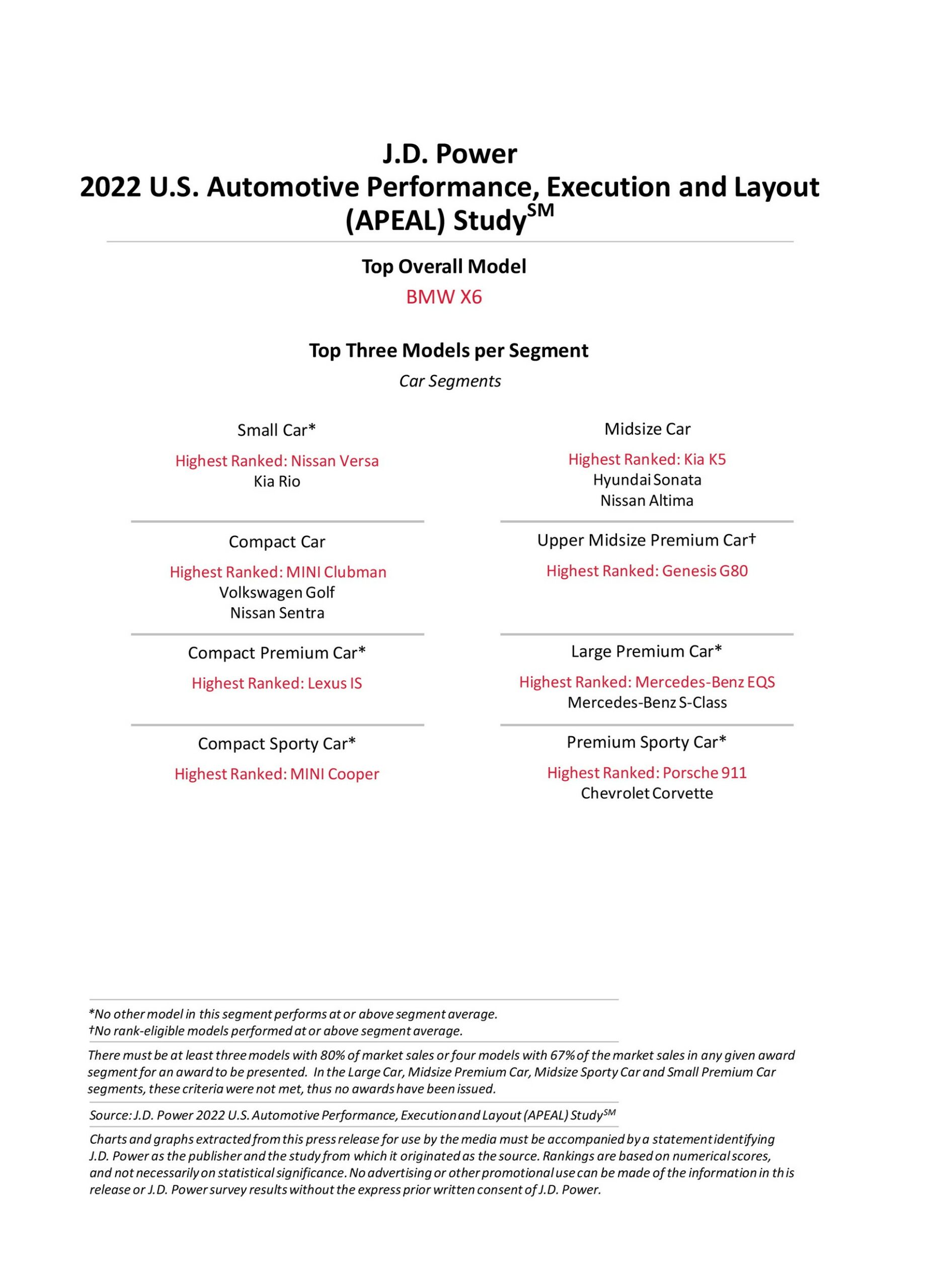 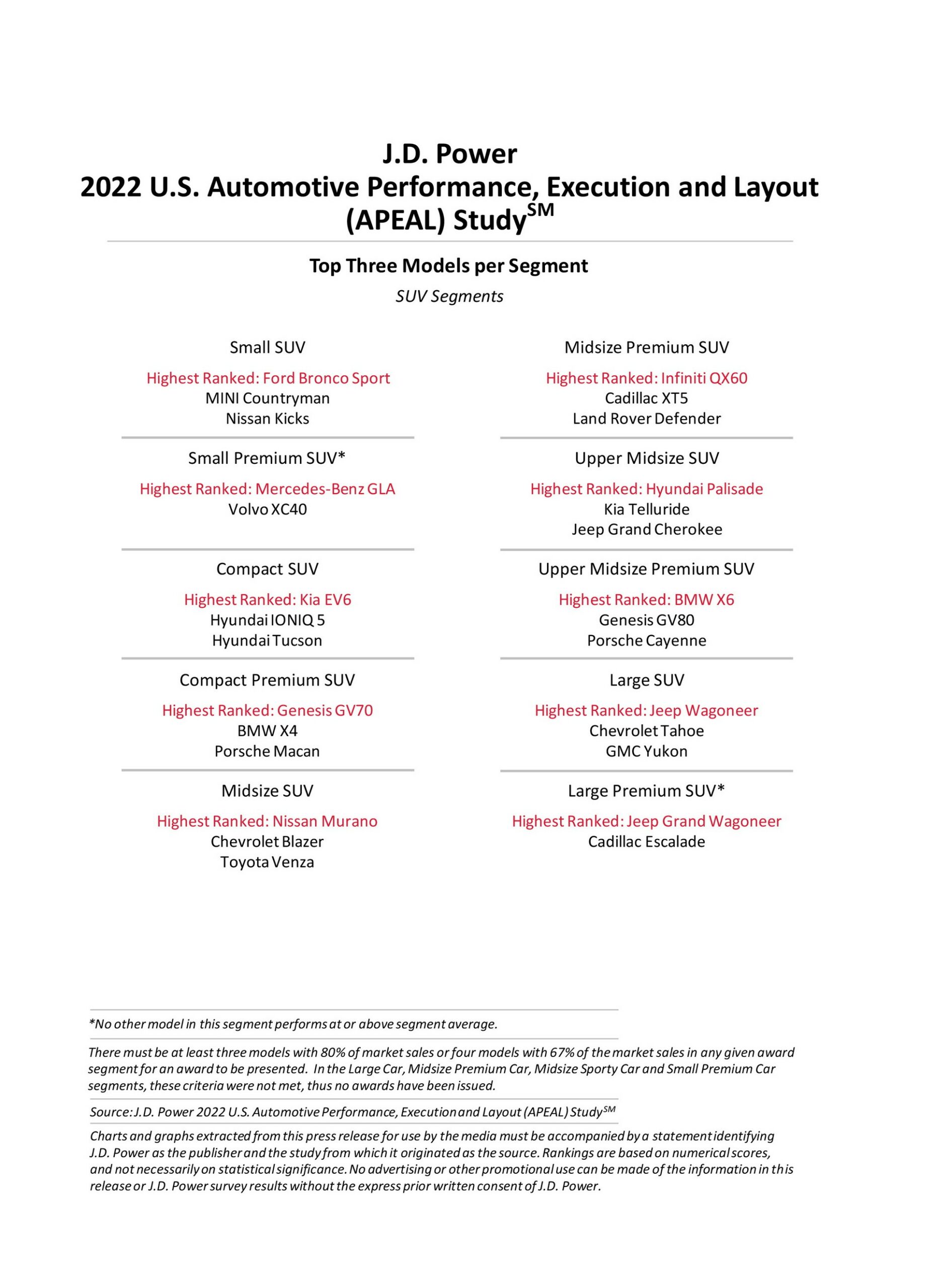 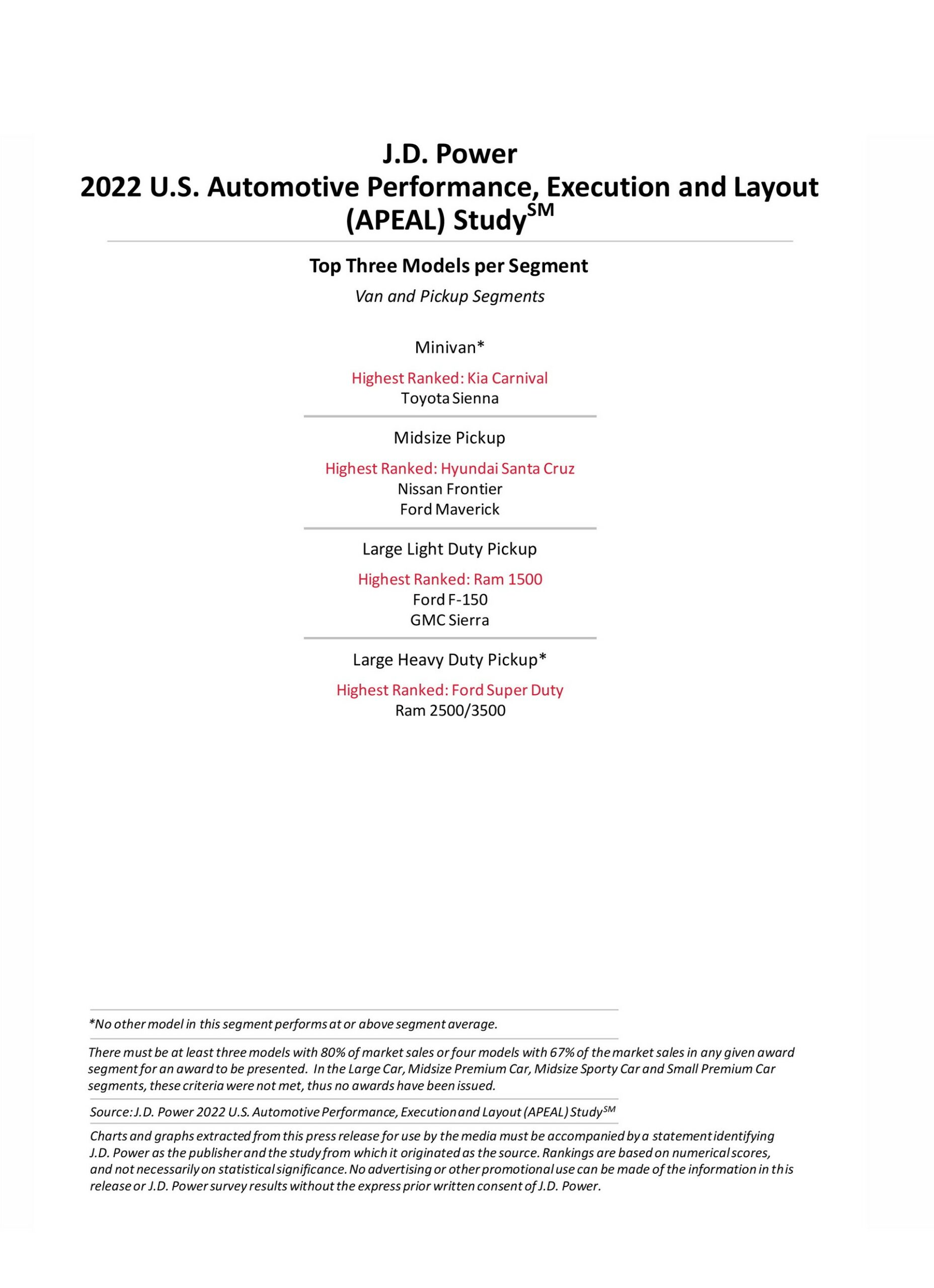