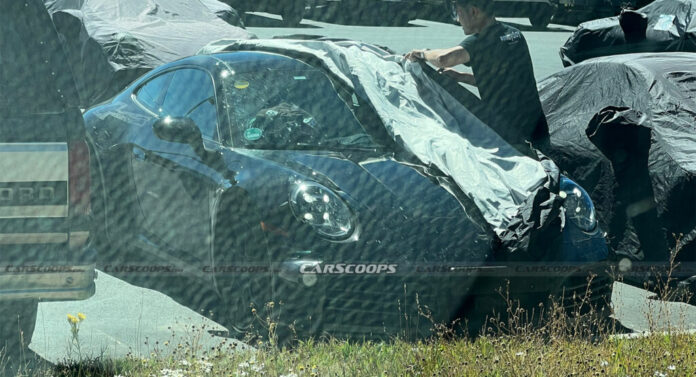 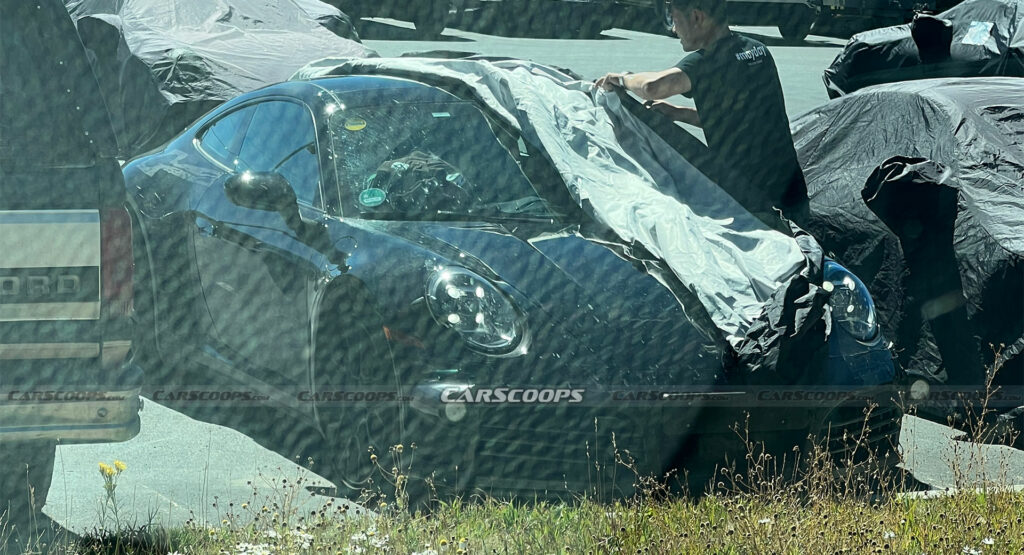 A pair of 2024 Porsche 911 prototypes have been spied in the midst of testing in Colorado by CarScoops reader Brett Borgard.

The 2024 911 will serve as the facelifted variant of the 992-generation 911 and these two prototypes appear virtually identical to the ones our spy photographers snapped in Europe in mid-June.

Read Also: 2024 Porsche 911 Spied Inside And Out, Will Sport Fully Digital Instrument Cluster

Porsche has not equipped these prototypes with the usual black and white camouflage. Instead, the German carmaker prefers to dress its prototypes with black body cladding, in this case across the front and rear fascias in an effort to hide their true identity. While not immediately visible in these images, we know that the 2024 911 will debut with a revised front fascia incorporating vertical slats that can be opened and closed. Updated LED daytime running lights are also present. 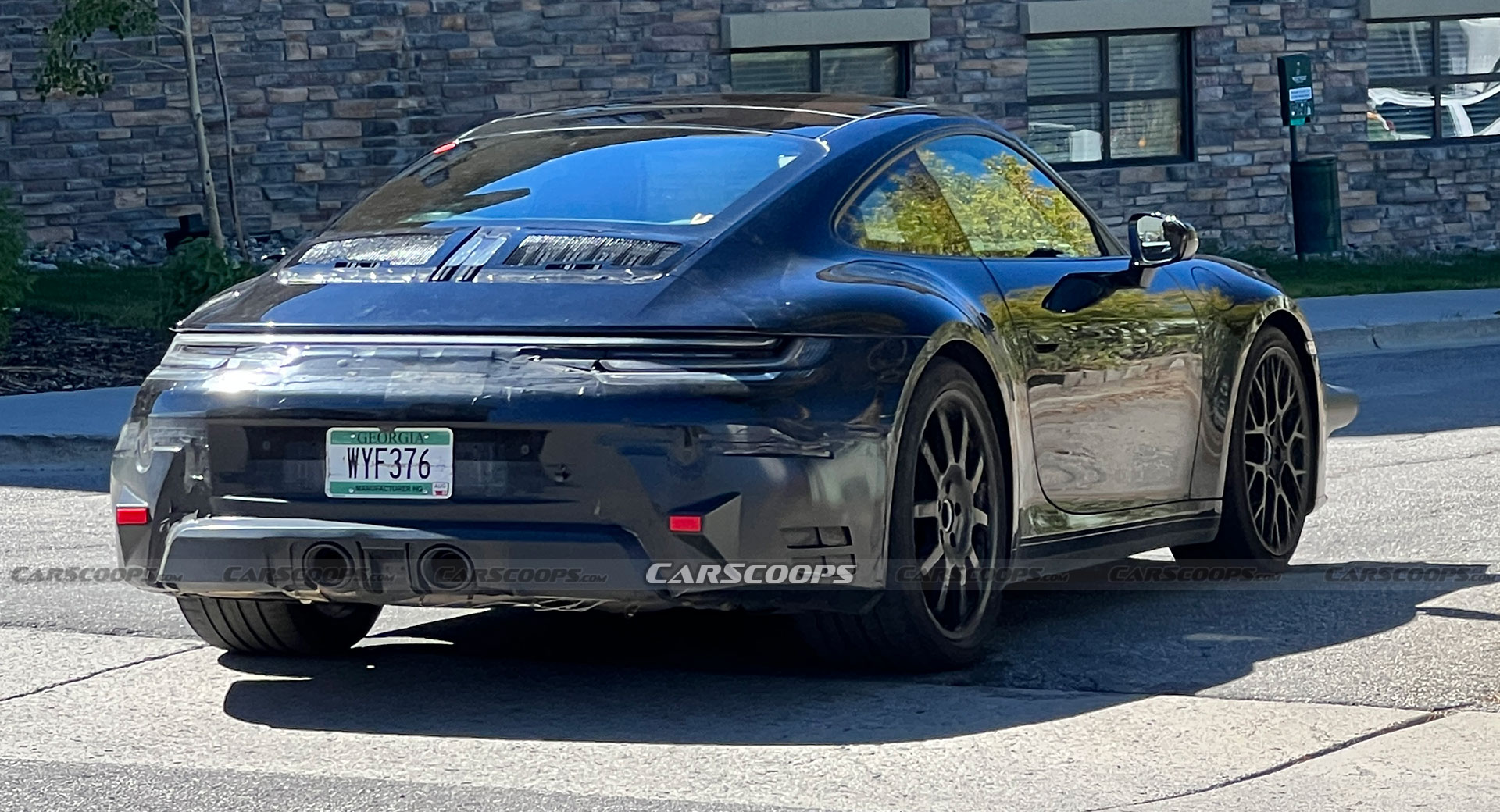 Alterations made to the rear of the facelifted 911 appear relatively minor and will include a new bumper with a license plate recess that sits slightly higher than the current model. These prototypes are also rocking centrally-mounted tailpipes.

Making these prototypes all the more interesting is that both appear to have yellow stickers on the windscreen, indicating that they are equipped with hybrid powertrains.

We’ve known about the existence of a 2024 911 hybrid for quite some time. It will not be a plug-in hybrid like the Cayenne and Panamera E-Hybrids but other than that, little is known about its powertrain. Given that Porsche has previously said it doesn’t want to abandon the 2+2 layout of the 911, not even in hybrid guise, the car will likely make do with a relatively small electric motor and battery pack. This will also ensure that it doesn’t weigh too much, something vital given the ever-growing dimensions of the 911.

Hat tip to Brett Borgard for sending these photos!