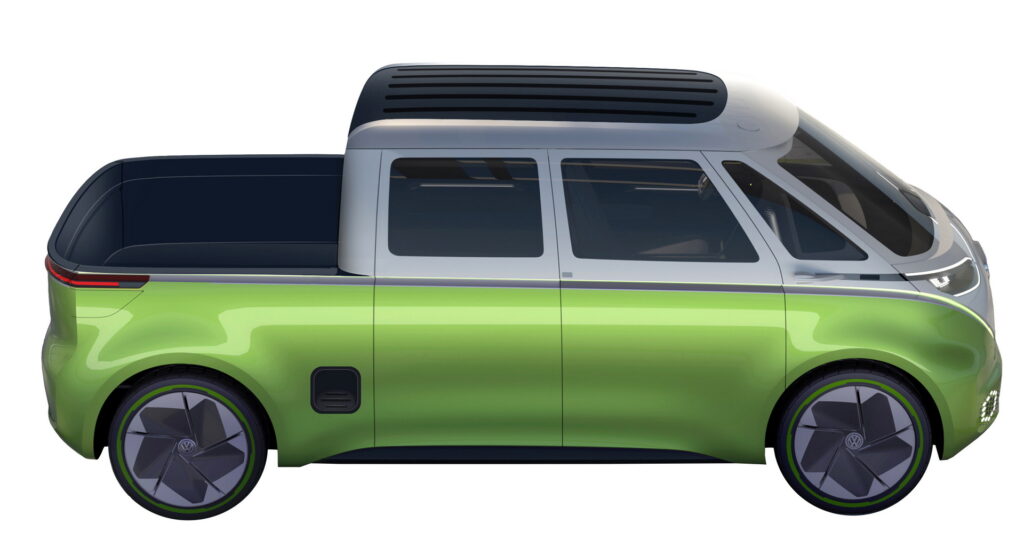 Volkswagen has filed to patent a version of the ID.Buzz whose roof and upper bodywork behind the C-pillar have been removed, turning it into a pickup truck.

The image found in the patent application appears to be the same one shared by the Volkswagen Group‘s Twitter page on April 27 as part of World Design Day, albeit with the background edited out.

At the time, Volkswagen called the design an “unseen draft” that was made on the ID. Buzz‘s way from idea to production. Although a patent is by no means a promise that a vehicle will make it into production, VW has shown an interest in creating an electric pickup truck in the past.

On the way from an idea to production, there are a lot of unseen design drafts made – like this one:
An #IDBuzz pick-up!

What do you think about it?

= Good that it was just an idea… pic.twitter.com/ZFFfnlPWnX

The Volkswagen Group of America’s former CEO, Scott Keogh, said just a few days before the above tweet that the automaker was actively looking at making an electric pickup truck, describing the transition to EVs as the “chance of a lifetime” that acts as a “reset moment” for the automotive industry.

Keogh has since been installed as the CEO of the newly formed Scout brand, which will be producing an electric pickup truck and SUV for the U.S. market. 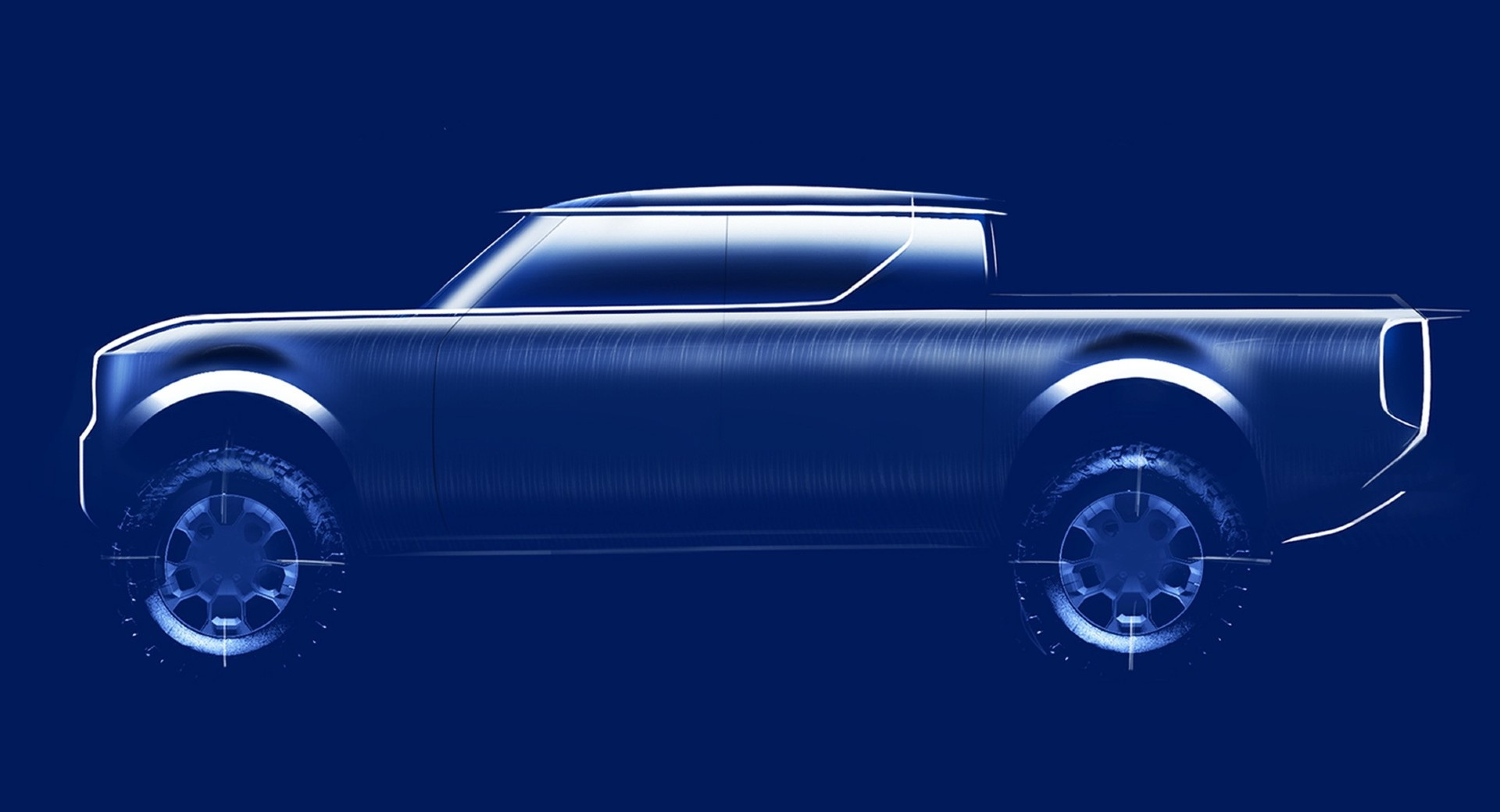 A pickup version of a Volkswagen microbus is not without precedent, though. A similarly chopped version of the VW Type 2, the spiritual predecessor to the ID. Buzz, was offered and used for commercial purposes in the past. Similarly, a variant of the ID.Buzz is being offered to companies in Europe as a commercial vehicle. 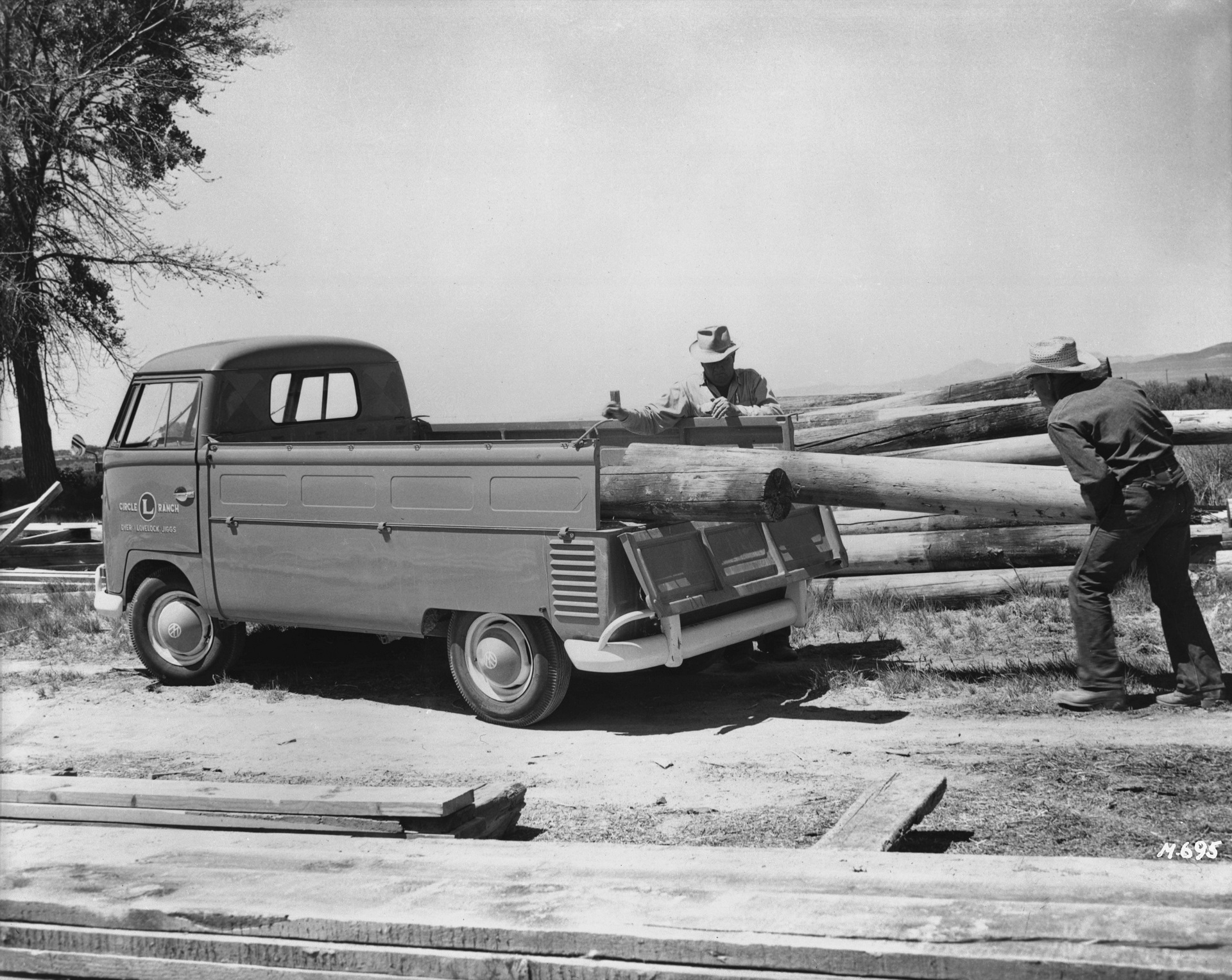