Volkswagen’s ID. Buzz Electric Minivan Is Sold Out In Europe 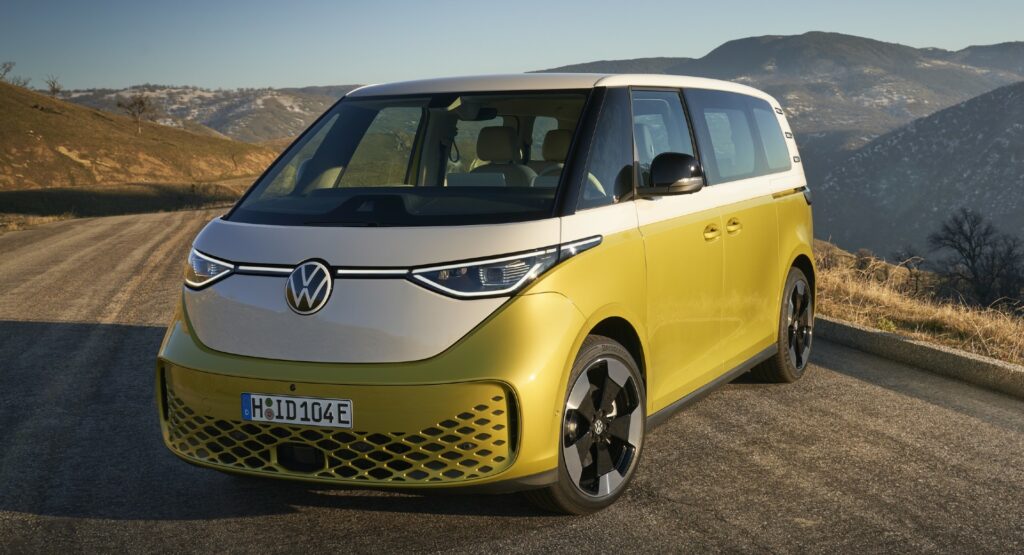 Volkswagen’s ID. Buzz has sold out in Europe months before customer deliveries of the electric minivan have even started.

Advanced sales have now passed 10,000 units with 3,400 being snapped up by Norway, which is so much further along the road to electrification than other countries that it is banning combustion engines from 2025. German buyers were the second hungriest for the Buzz, putting down deposits for 2,500 vans, while Belgium and the Netherlands secured 2,100 units between them, Automotive News Europe reports.

Although ID. Buzz production started at Volkswagen’s Hanover plant in May, the first customer cars are not expected to be delivered until October in mainland Europe. The UK gets its right-hand drive versions in early 2023, but the U.S. will have to wait until early 2024 to get its hands on the long-awaited retro EV.

“10,000 orders, without the car actually being at the dealer, let alone a customer having driven it. That is just impressive,” VW Commercial Vehicle’s head of sales, Lars Krause wrote to employees at the Hanover plant in an email seen by Automobilwoche.

“I am very pleased that the ID Buzz and the ID Buzz Cargo are already selling so well,” Krause said. “We are, after all, still in the launch phase, before the market launch. Pre-sales have not even started yet in France and the UK.”

Volkswagen will ultimately build 15,000 Buzz vans this year, ramping up to 60,000 next year, and 130,000 later in the model cycle, Automotive News Europe reports, meaning the EV won’t be sold out for long. But anyone in continental Europe hoping to be the first in their city to get behind the wheel is in for disappointment if they haven’t already got an order in with their local dealer.

The European version of the ID. Buzz that hits showrooms this year is available with an 82 kWh battery and as a five-seat minivan or ID. Buzz Cargo panel van riding on the same wheelbase. One of the reasons U.S. fans must wait longer for their EVs is that North American versions will ride on the longer-wheelbase platform that won’t launch in Europe until next year.