Volkswagen has introduced the ID.5 GTX Xcite concept, which was created by a team of 14 apprentices.

Sporting a militaristic flare, the concept features a mix of matte and gloss paint from the Lamborghini and Volkswagen ranges. They’re joined by 22-inch forged aluminum wheels that feature an eye-catching design as well as a powder-coated finish.

The changes don’t end there as the crossover has been equipped with modified fenders and extended wheel arches. The side skirts have also apparently been widened.

Also Read: VW ID.XTREME Concept Is A Rally-Inspired Take On The ID.4 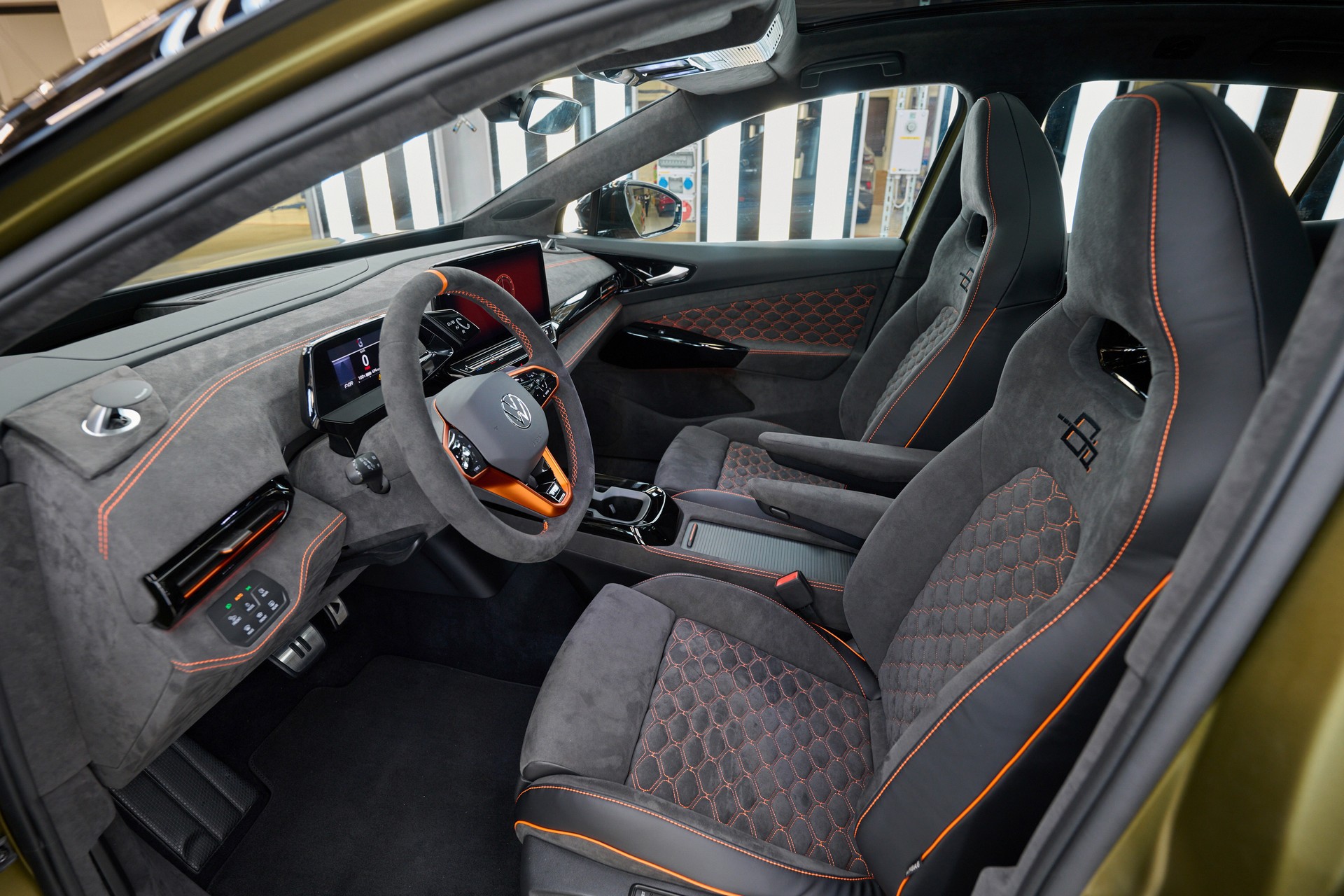 Moving into the cabin, Alcantara and vegan leather cover virtually every surface including the steering column. Helping to break things up is orange contrast stitching, honeycomb accents on the seats, and embroidered backrests noting this is the eighth apprentice project of its type at Volkswagen.

Rounding out the highlights is a high-end audio system that uses components from Gladen, Musway, and Bang & Olufsen. Volkswagen says it features 10 amplifiers, a subwoofer, and a total output of 2000 watts.

Lastly, the concept comes equipped with a color-matching Teamgee H5 electric skateboard for traveling the “last few meters from the car park to the driver’s destination.”