Volkswagen recently celebrated the 20th anniversary of the Touareg with a special edition but the time is almost here for a refresh. The third generation of the flagship is ready to receive its mid-life update in order to keep up with the competition in the full-size SUV segment.

Our spy photographers caught two lightly camouflaged prototypes of the facelifted VW Touareg testing in the Alps towing trailers. The clever camo wrap mirrors the design of the current model, hiding the mild design changes which are focused on the front end. 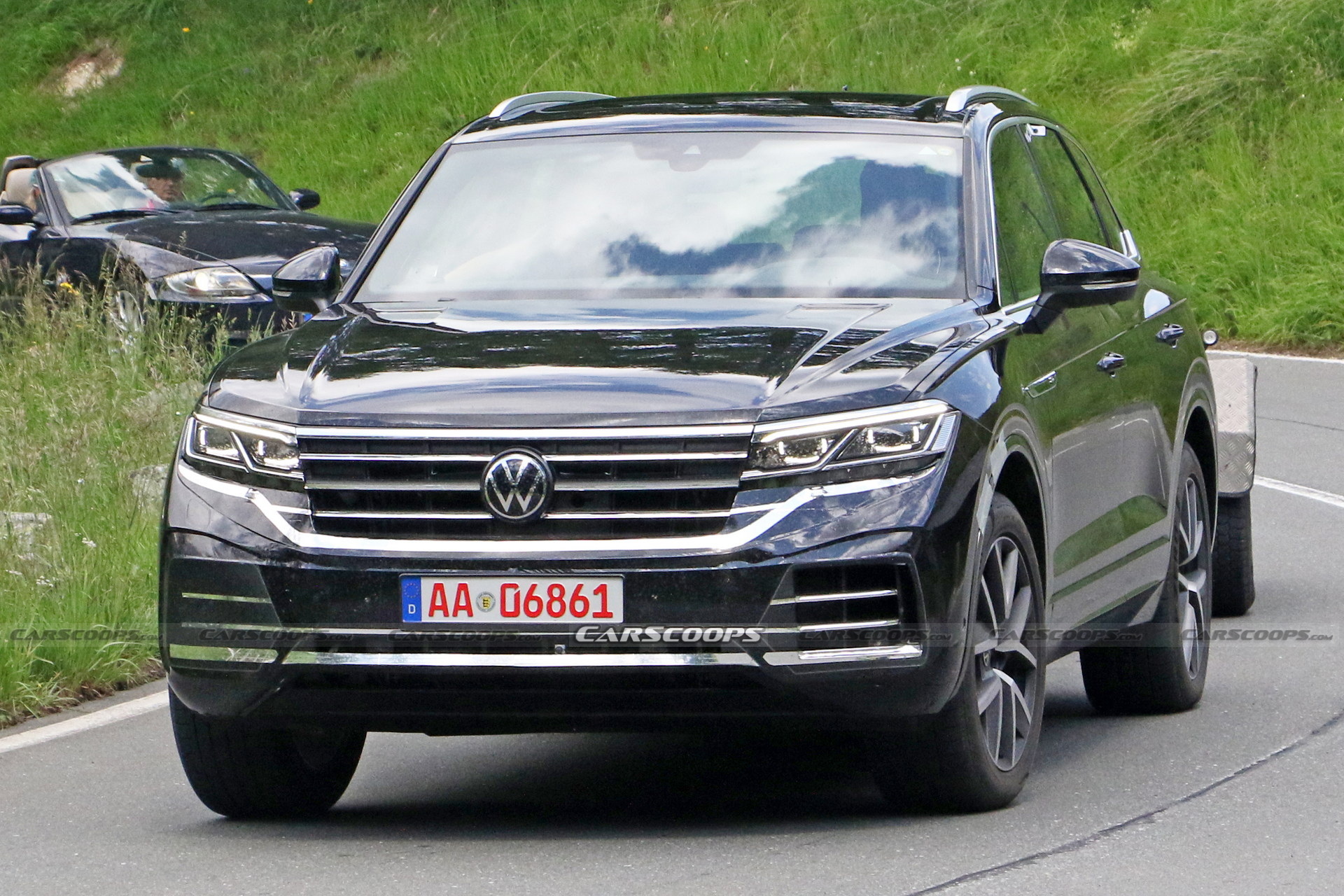 The German SUV will get a redesigned front bumper featuring a revised grille and new intakes connected with a chrome strip. The test cars came fitted with the Matrix LED headlights from the existing Touareg, but we expect the facelifted model will bring more modern graphics.

The profile remains identical as is the case with the rear end featuring the sporty R-Line bumper with dual exhaust pipes and a full-width reflector above the pronounced diffuser. Still, the LED taillights look quite modern thanks to the simplistic nature of their design.

Inside the cabin, the third-gen Touareg’s Innovision Cockpit already features a 12-inch digital instrument cluster and a 15-inch infotainment touchscreen. In the facelift, the digital cockup could get updated software and become standard in more trims alongside more advanced ADAS. 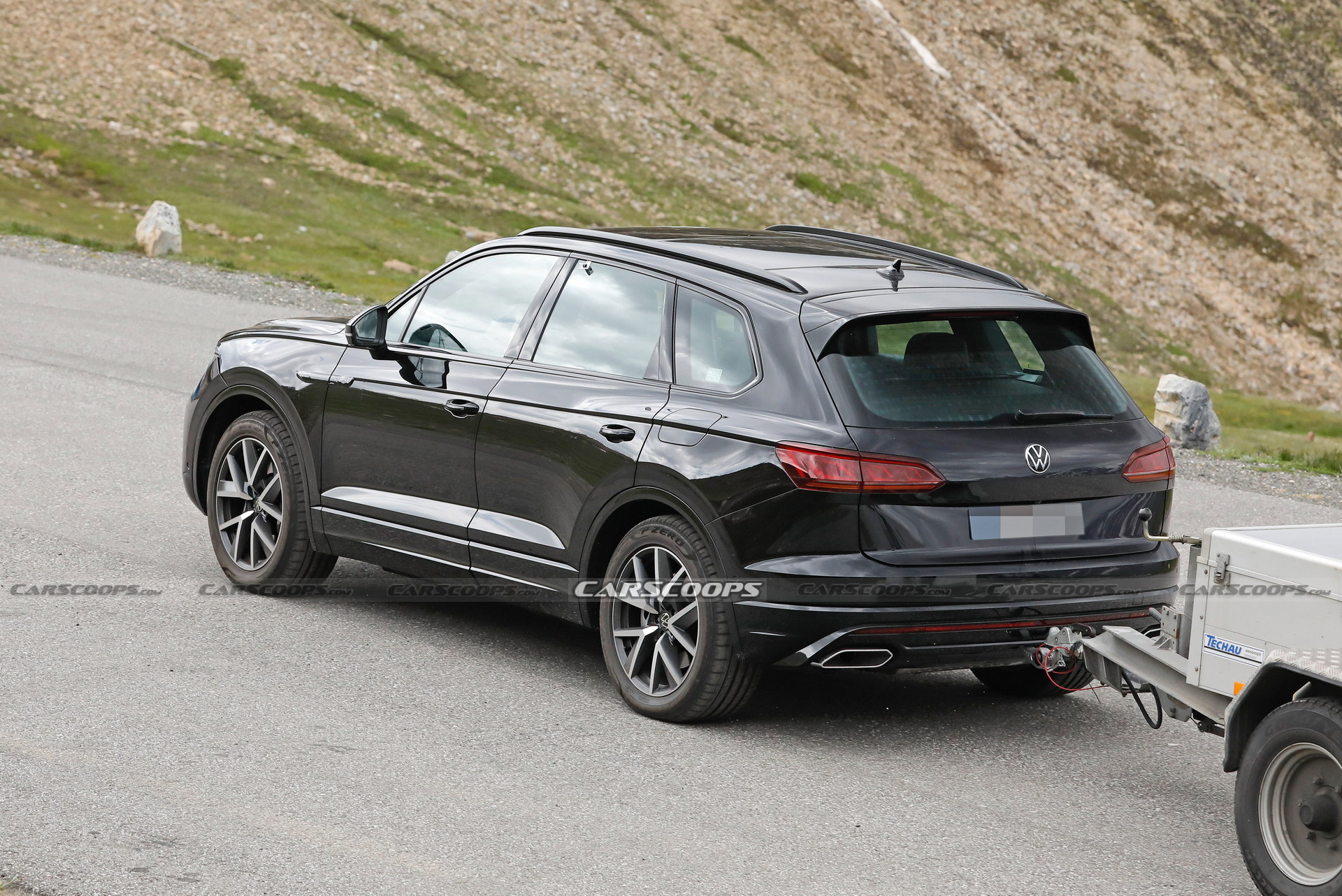 The current Touareg is mechanically related to the Audi Q7/Q8, Porsche Cayenne/Cayenne Coupe, Bentley Bentayga, and Lamborghini Urus, sharing the same MLB Evo architecture. The existing powertrain lineup includes the 3.0-liter V6 TDI diesel, the 3.0-liter V6 TSI petrol, the plug-in hybrid V6 TSI, and the performance-focused R PHEV since the V8 diesel was discontinued in 2020. The electrified variants will definitely be carried over to the updated range, while the diesel could be dropped from certain markets due to forthcoming stricter emission regulations.

The facelifted VW Touareg is expected to be introduced in early 2023, prolonging the life of the last ICE-powered full-size SUV from Volkswagen.