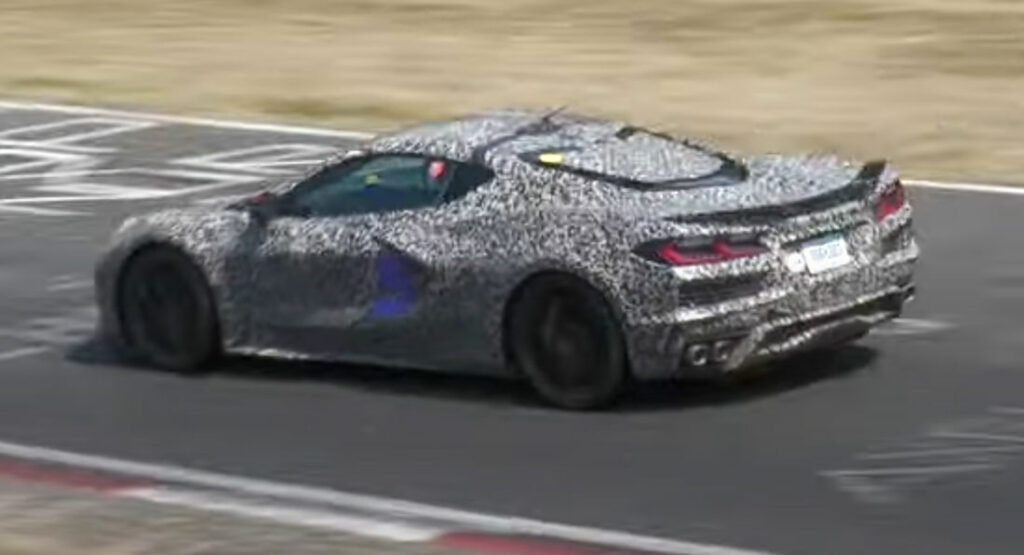 Chevrolet continues to test a handful of intriguing hybrid Corvette E-Ray models at Germany’s Nurburgring and in this clip, we get to see some of them in full flight.

While technical specifications about the two cars remain unconfirmed, the presence of yellow warning stickers on the windows confirm that they are electrified. The prototypes look largely the same as the entry-level Corvette Stingray but they do appear to be wearing the same carbon fiber wheels that are available on the flagship Corvette Z06.

All signs point towards the Corvette E-Ray pairing the Stingray’s 6.2-liter naturally aspirated LT2 V8 with an electric motor. A leaked document first published by Hagerty back in 2020 indicates that the first hybrid Corvette could be dubbed the Grand Sport and will pump out 600 hp and 500 lb-ft (678 Nm) of torque. To put that into perspective, the current Z06 churns out 670 hp and 460 lb-ft (624 Nm) of torque through its 5.5-liter naturally aspirated V8, meaning this initial hybrid ‘Vette would be positioned below it.

Chevrolet’s isn’t just developing a single hybrid Corvette. A flagship model potentially dubbed the Zora could be introduced for the 2025 model year and may pair a unique 5.5-liter twin-turbocharged V8 with a hybrid system to muster up as much as 1,000 hp and 975 lb-ft (1,321 Nm) of torque, pushing the car into hypercar territory, a market that no prior Corvette has competed in.

Throughout this clip, the prototypes can be seen hitting the ‘Green Hell’ at full speed and the engineers driving them clearly aren’t afraid of pushing them to their limits. All of them sound very similar to the current Corvette Stingray, suggesting that they do indeed have the C8’s familiar 6.2-liter V8. The presence of an electric motor won’t just make the E-Ray more powerful but it will also add all-wheel drive, overhauling the handling and driving experience. 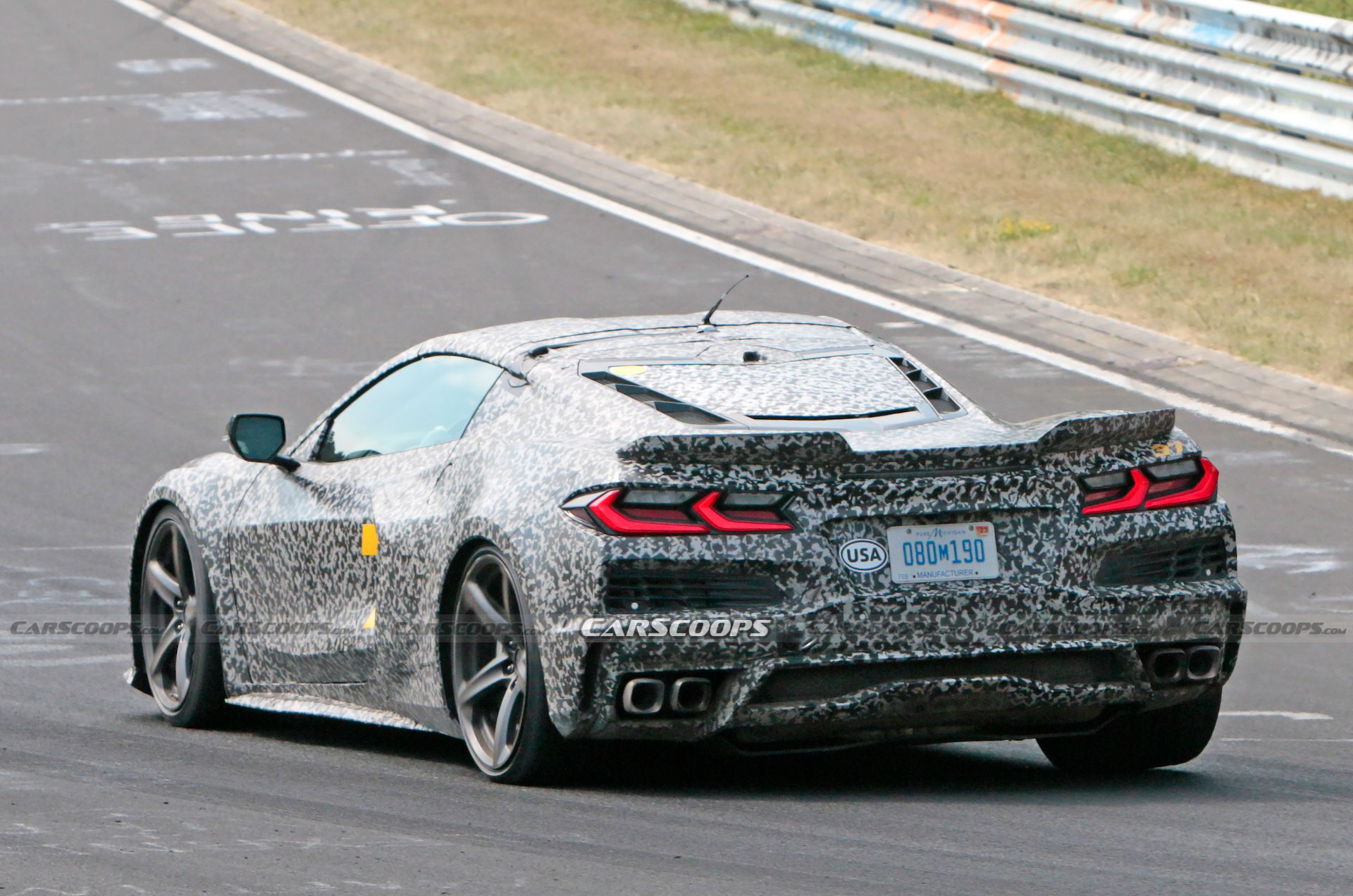