Modern cars are safer than ever, with all sorts of technologies in place to both prevent accidents as well as minimize damage to the occupants should they occur. However, one company, Scuderia Cameron Glickenhaus, has stepped up their safety to the next level, as their SCG 004S supercar was recently able to pass side impact crash tests without the need for side airbags.

The test it passed was the 32 mph (51 km/h) movable/deformable barrier test, which involves driving a “bullet” vehicle into the side of the car at 32 mph. The bullet vehicle is fitted with a deformable barrier on the front, which is meant to simulate a side impact on the passenger compartment when it collides with the car. And as mentioned before, the 004S passed this test without an airbag, which is no easy feat for any automaker, let alone a small outfit like SCG. 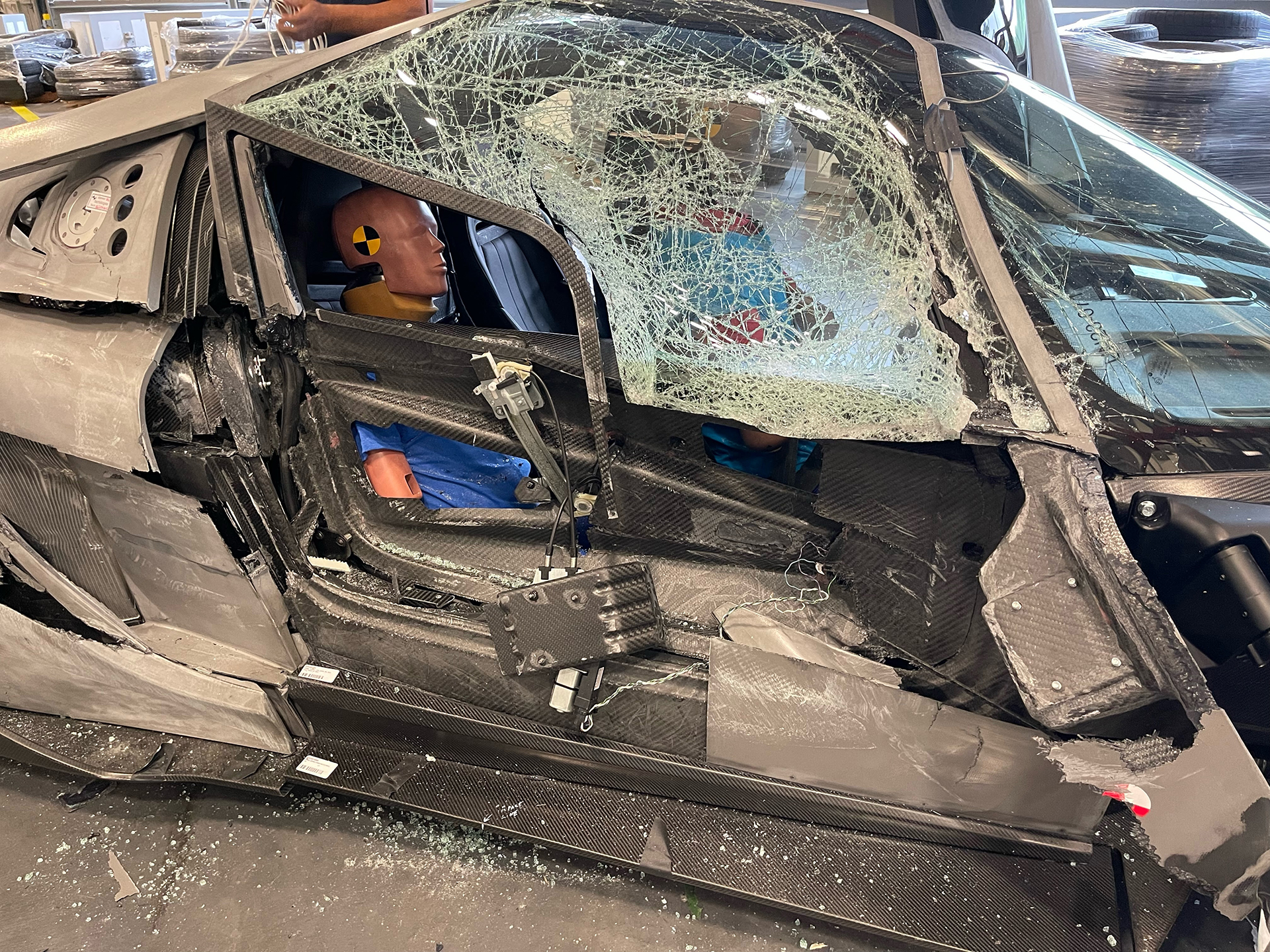 It’s especially difficult because unlike a frontal impact, which has the engine bay to act as a crumple zone before the force reaches the passenger compartment, the side does not, so it has to be able to deform enough to absorb impacts while also staying rigid enough to protect the occupants. This is even more crucial when airbags are removed from the equation, which means SCG must have done some serious engineering to get the vehicle’s crash structures up to that level of protection.

SCG believes they are the only automaker in history to pass the 32 mph movable/deformable barrier test without an airbag, and a photo of the test vehicle can be seen above. The car obviously looks thoroughly beat up, but that’s exactly the point. The body is meant to take the brunt of the damage, leaving the passenger compartment inside fully intact to keep the occupants safe. To see the crash test in action for yourself, you can check out SCG’s video below.