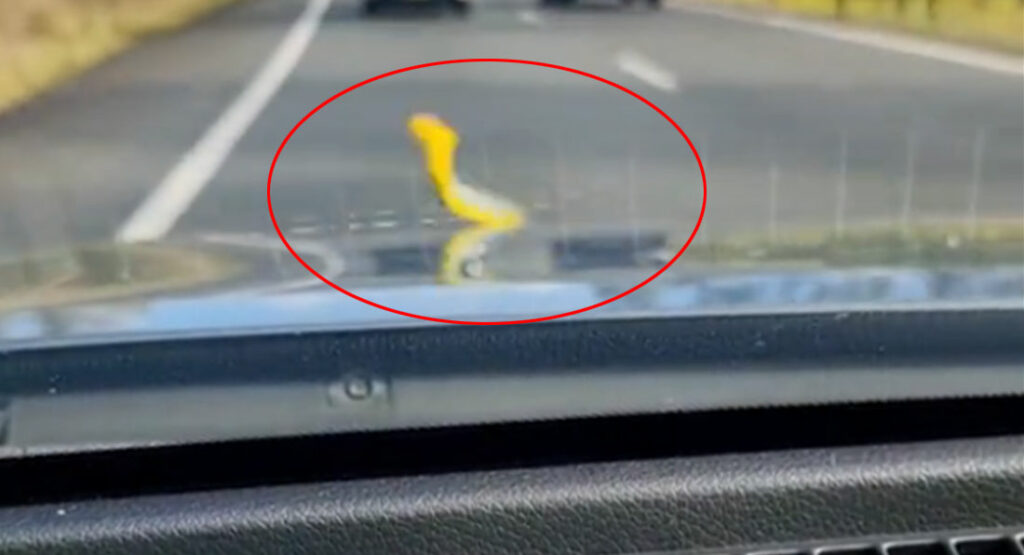 Australia is home to a seemingly never-ending array of dangerous animals and for Kerry Jenkins and her partner, one of those animals got a little too close for comfort during a drive along the Pacific Highway.

A video shared to TikTok shows that as the couple were driving home from a beach vacation with their family, a green tree snake popped out from under the bonnet. In their panic, Jenkins can be heard repeatedly telling her partner to pull over so the snake could slither away but given that there were on a two-lane highway, there were limited safe places to pull over.

As the video progresses, the force of the wind begins to fling the snake from side to side across the bonnet, making the situation even scarier. Despite Jenkins’ insistence that her partner would pull over, he wasn’t having any of it.

“I’m not f**king stop mate,” he can be heard saying with a thick Australian accent. “What, you’re gonna f**king flick it off? I ain’t. Alright, I can’t do anything, there’s nowhere I can pull over yet.”

After approximately 90 seconds, the couple reached their highway exit and began to slow down and started to pull over in the hope that the snake would slither off. However, it simply disappeared from view and the couple continued driving.

Jenkins followed up the video with a second one where the snake was found clinging to the hood but quickly escaped into the underside of the car. The couple’s son later tried to catch the snake but it escaped once again into the engine bay.

On Monday evening, Jenkins’ partner opened the bonnet to their SUV and found the snake sitting on the engine.

We were on holidays at Darlington Beach, 30kms north of Coffs Harbour, travelling home to Forster. We had been on the road for 250ks, 30ks from home on the Pacific Highway, when we noticed a little yellow head. I grabbed the phone & started recording. We didn’t know what to do! We assumed it would just fly off, & didn’t think it would have held on for so long. We knew the turn off wasn’t far away, & wanted to be safe off the highway before we pulled over. Once we pulled over we could see it was still hanging onto to the front grill. It slid onto the ground & then back up into the under motor. A fellow helped us look, with no success. You can see in 2nd video. We continued to drive home, and looked again on and off over the next few hours. With a torch we ended up seeing him, and my son tried to catch him and get him out and he darted back into the motor. Again unsuccessful. We waited overnight and I’ve looked again in the morning and found nothing. I would have assumed he got out and escaped. 4.13pm today 5th Dec 2022 my partner just popped the bonnet (unfortunately without videoing) and he was sitting on top of the motor, my partner dropped the bonnet afraid (massive snake phobia) I opened it back up and we could see his tail sliding back into a crevice. #windscreenviper #treesnake #ridealong #burnthecar #stuckinmycar #snakesoftiktok #hitchhiker #snake 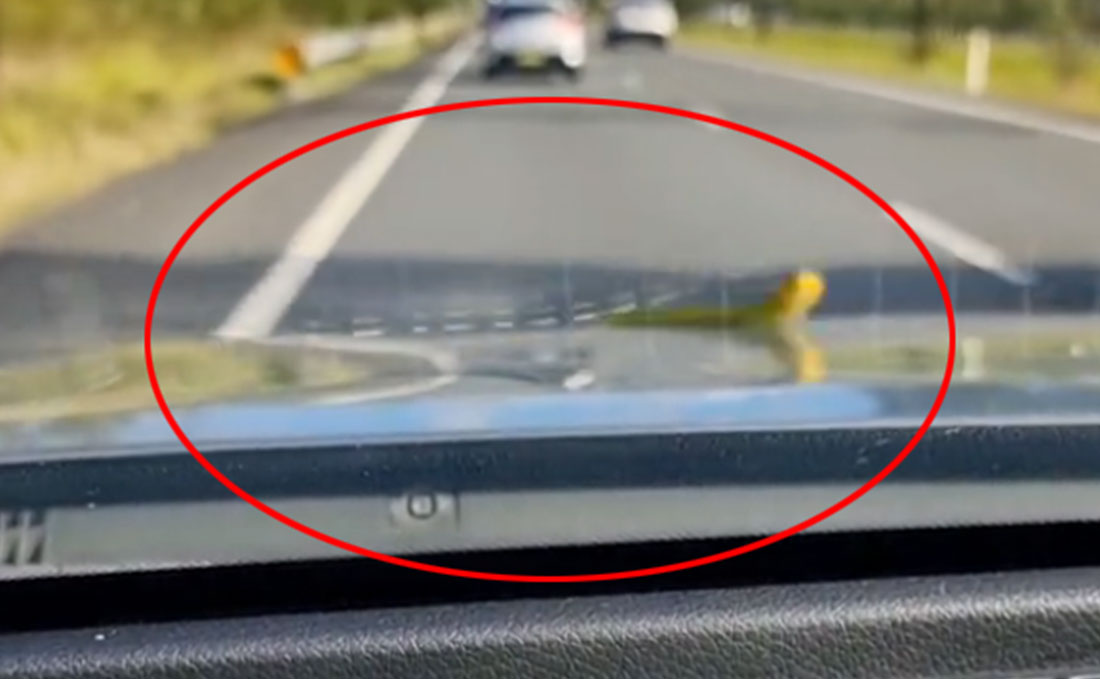