What do You Think Of German Tuner DMC’s Idea For A 2024 Lamborghini Aventador Successor? 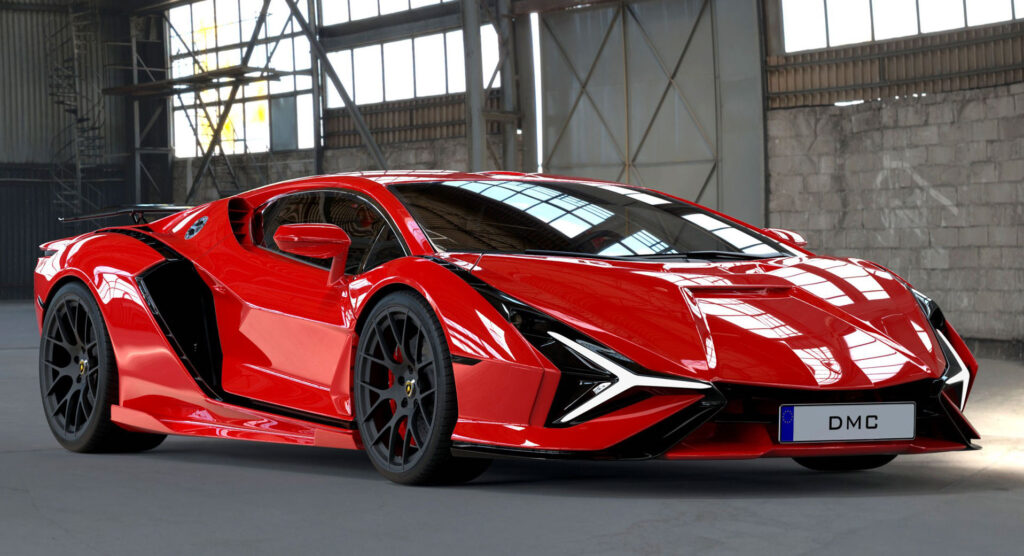 These renders are from DMC and are in no way related to or endorsed by Lamborghini.

The Lamborghini Aventador bowed out this year, and took the company’s last traditional V12 powertrain with it. We know it will be replaced by another flagship supercar, this time with a hybrid-assisted V12, but what we can’t be sure of is exactly how it will look.

We have got a few spy shots to guide us though, and German tuner DMC took those, plus some visual ideas from previous Lambo models, to come up with its own visualisation of how the next Aventador might look. It’s called the car Revuelto, which is a name we know Lamborghini has registered, though it may be used for an entirely different model.

Related: Here’s Everything We Know About The Lamborghini Aventador’s 2024 PHEV V12 Successor 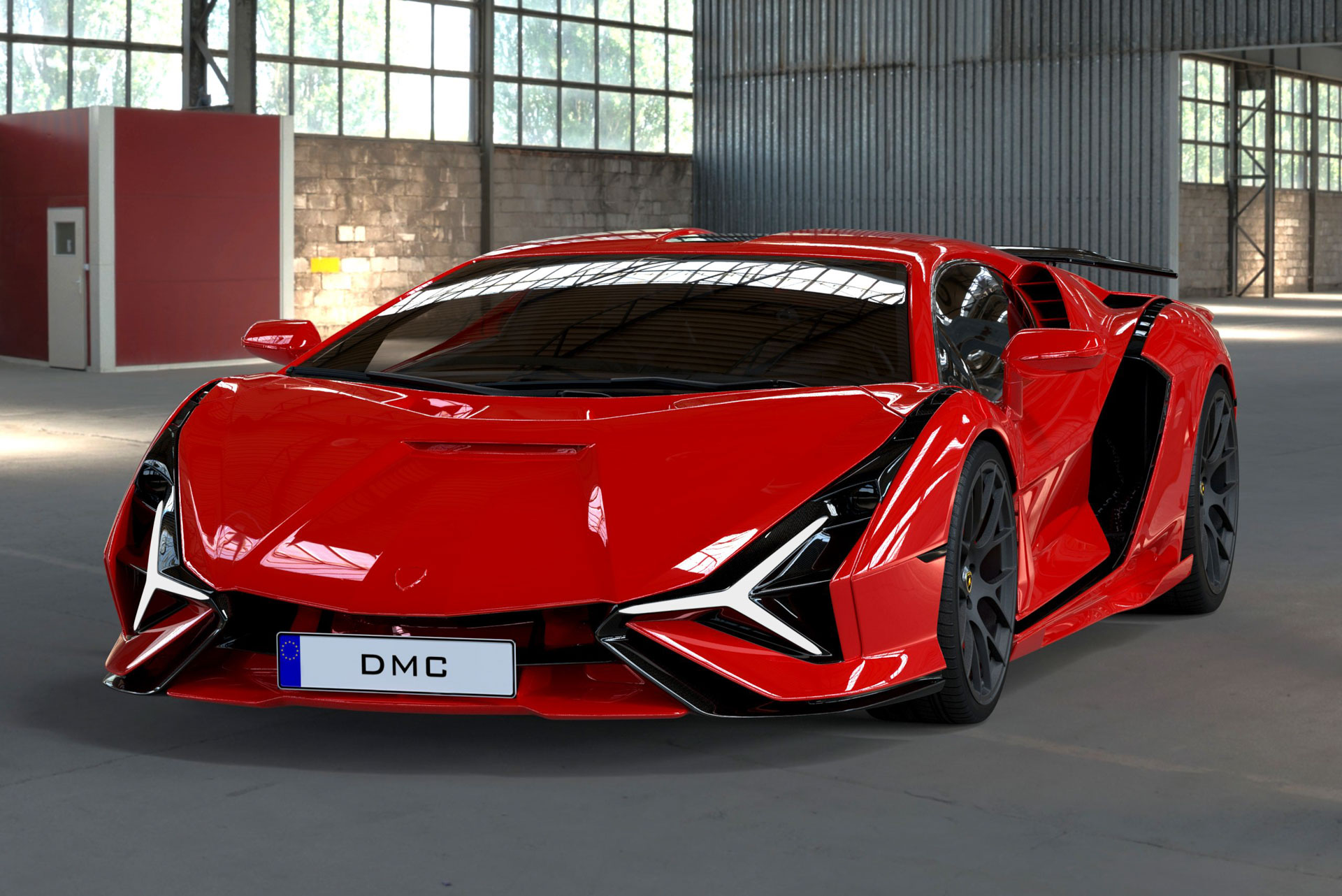 If you’re thinking the car they’ve come up with looks strikingly similar to the limited edition Aventador-based Sian hybrid when viewed from the front, then you’re not alone. The Y-shaped headlights, the depression in the hood, and the combination of large air intake ahead of the rear wheels, and a Miura-inspired one behind the side windows, all appear to be lifted wholesale from the Sian.

Cool as the Sian looked, we’re hoping the Aventador’s replacement isn’t a carbon copy, but given how many 2011 Aventador styling cues were previewed on the Murcielago-based Reventon special in 2007, we’re expecting the new car and Sian to look fairly similar. 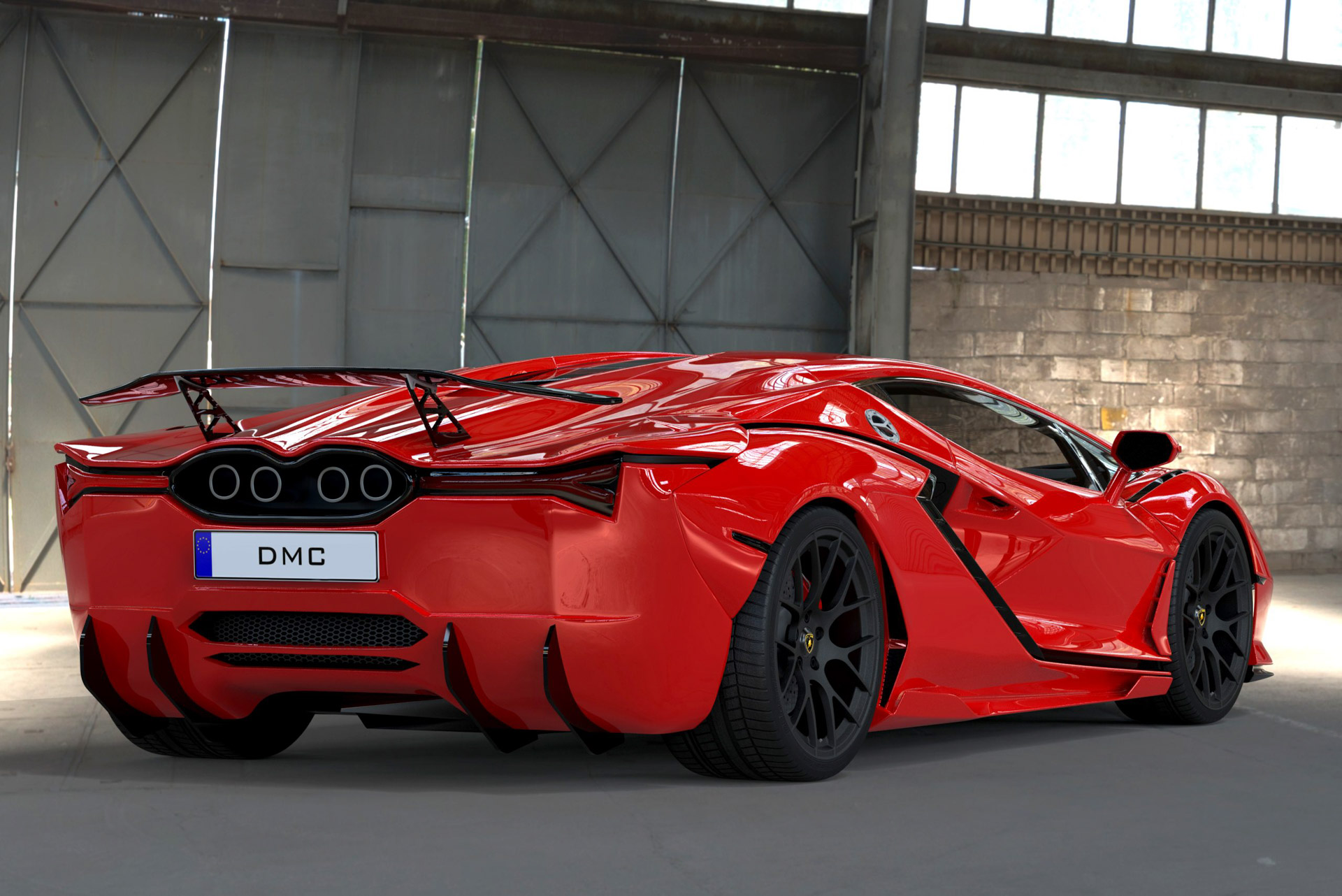 We’re not struck on the red paint – red always seems wrong for a Lambo – and this car is crying out for the diffuser to be picked out in a darker color to break up the mass of one color on the rear end that makes the car look fat and heavy. There’s no way the real Lamborghini designers will make that mistake. And though DMC has opted to add a fixed rear wing we suspect that feature might be reserved for higher-performance Super Veloce version further down the line.

What do you think of DMC’s render, and would you be happy to see Lamborghini re-use so many Sian styling elements for the Aventador’s replacement?

Share
Facebook
Twitter
Pinterest
WhatsApp
Previous articleNaira Falls to Record Low Against the Dollar as Reserves Fall
Next articleMinnPost Picks: How automakers shaped our cities for cars; ranchers vs. beavers; and the story of Booker Wright